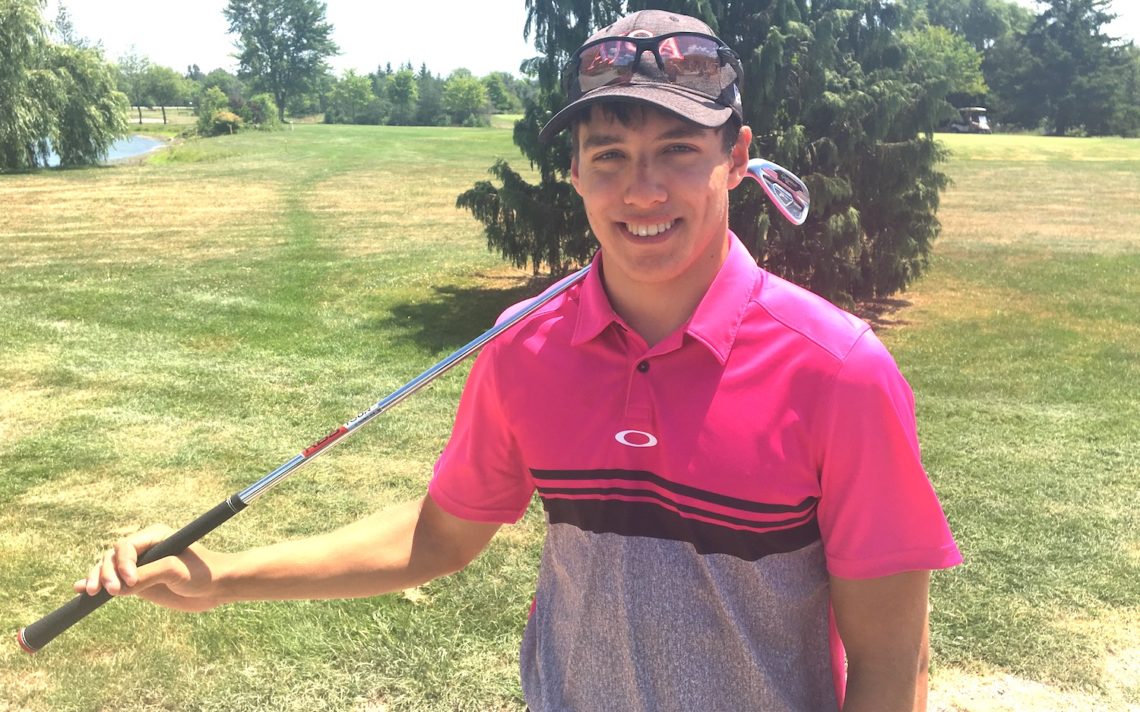 R.J. Derhodge won the second stop on the Niagara District Junior Golf Tour Wednesday at Rolling Meadows thanks to his putter.

The 17-year-old, Grade 12 student at St. Michael in Niagara Falls credits his short game for his second tour win in his third season on the tour.

“I was hitting the fairways a lot and I really turned my putting around today,” said Derhodge, who shot a 71 to capture the under-19 boys division. “I took a lot of time over my putts. A lot of them were going in and going near the hole and that was helping me make par.

“That was the key out there. This course is really about management and making pars and I made birdies on the holes that were easier.”

“It gets you confident for the round and you just have to treat it like it’s any other round playing with your buddies,” he said. “That’s what I did today. I set a goal to putt well regardless of what else was happening. It was going good and that really helps your psychology.

“You really start believing in yourself and it links all of the other parts of your game together.”

Derhodge felt early on he had a chance to win.

“It sometimes does take awhile. I know my game is ready when it is and I came out today and I knew I had the game to do it.”

Derhodge, who shot a 78 last week at Rockway, set a lofty goal heading into the tour.

“I thought I really worked hard to this point. I really thought I could win the tour,” he said. “Go out and do your best and see what you can do. That’s all I said to myself. I have the game now and see what happens at the end.”

Derhodge, who missed the cut by one stroke last week at the Ontario Junior Boys Golf Championship last week won by his buddy Nolan Piazza, would love to head south on a golf scholarship.

“My goal is Arizona State and play golf all year around. That would be great. That’s the No. 1 choice.” 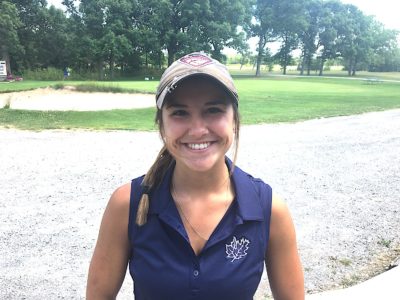 Winning is nothing new for Taylor Simoneau.

The soon-to-be 19-year-old won four times in the girls division on the tour last season and was at it again Wednesday.

Simoneau fired an 80 to capture her first tour win of the young season.

“It (round) was up and down but I had a few birdies to bounce back so it was really nice,” said Simoneau, who golfs out of the St. Catharines Golf and Country Club. “It’s super important and if you have a rough hole you know you can come back and make it up. It helps you stay important and helps keep your momentum going.”

Simoneau said her success last season has given her a new outlook on winning.

“It gives you so much confidence. You start to feel really good about your game like you can handle whatever obstacles you might encounter.”

Simoneau admitted she does think about winning every time she steps on the course, but also realizes a lot needs to go right to win on any given day.

“Everyday you have to play with what you have but I think it’s always best to come to a tournament and know you can win it. I know I have the talent. I know the field is good but I can play well.”

Keeping focused on her own game has also been a big help, she said.

“I’m playing the golf course, as opposed to playing other people. That helps me stay focused more on the shot than the score. If I hit good shots the score will take care of itself.”

Simoneau attends Lake Superior State in Sault Ste. Marie, Mich., where she is majoring in kinesiology and is a member of the golf team.

“You learn a lot playing with older girls. It’s nice to come back. I’ve learned a lot and I’ve improved.

“It helped put into perspective, even on days when maybe you don’t feel so great, you’re still a really good player and you still have confidence when you’re not at your best.”

The next stop on the tour is Monday at Grand Niagara.

Following are the results: