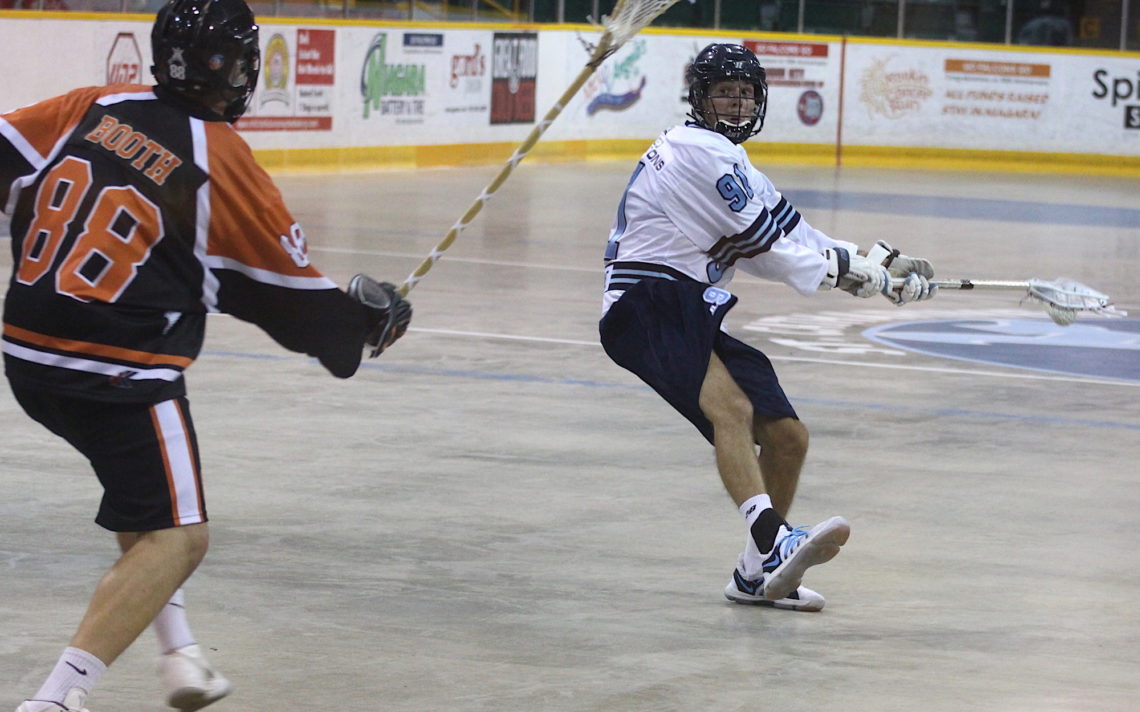 It took Ham until the second period of Wednesday’s playoff opener versus the Six Nations Arrows to hit the scoresheet. With the A’s trailing 5-3, Ham scored two straight goals to tie the score. He added a pair of assists in the third period to help the Athletics record an 8-7 victory.

“I was fortunate enough to coach Liam with Team Ontario and I know he is a character guy and he’s a great ballplayer too,” A’s head coach Steve Toll said. “We are lucky to have him back and hopefully he can stick around for a little bit.” 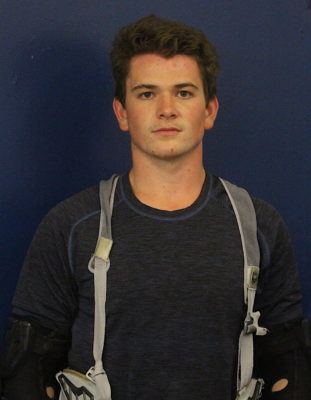 Toll feels Ham will provide the A’s with a help in a number of areas.

“He’s good off the ball, he’s good with the ball, he’s an offensive threat when he has the ball and he kind of brings everything to the table offensively, which is good to see,” he said. “He’s not just one-dimensional.”

Despite Ham not having played lacrosse all summer, Toll expects him to hit the lacrosse floor running.

The 19-year-old Newmarket native agrees with that assessment.

“It’s kind of like riding a bike,” the 5-foot-11, 185-pounder said. “Obviously my skills can be sharpened up a little bit, but you don’t really forget what it is all about.

“I was throwing the ball around with my brother back home, but I love the competitiveness of this game and hopefully I can bounce right back into it.” 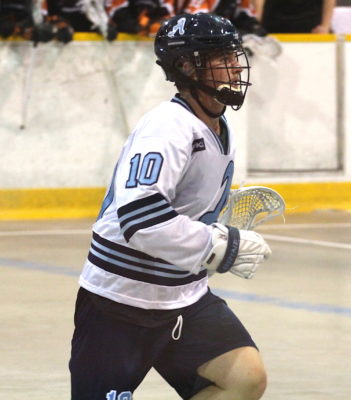 Ham said there was no specific reason why he joined the team for the playoffs.

“I am really taking the summer to get ready for the hockey season and I have been training and going on the ice a lot,” he said. “They were pretty good with me in understanding my situation so I figure I can help them out when I can.

“They are hurting on the lefties with (Kealon) Pilon out and wherever I can help out I am good to do that.

He describes himself as a gritty player.

“I can play offence, I like to move the ball and go hard to the net and help my teammates out.”

Ham played Newmarket Redbirds minor lacrosse growing up and played one year in Orangeville before being selected third overall in the junior A draft by Barrie. St. Catharines acquired him in a trade last season. Last year, Ham had six goals and 20 points in 10 games.

Like many hockey players, Ham’s lacrosse skills come in handy in the hockey arena and vice versa. 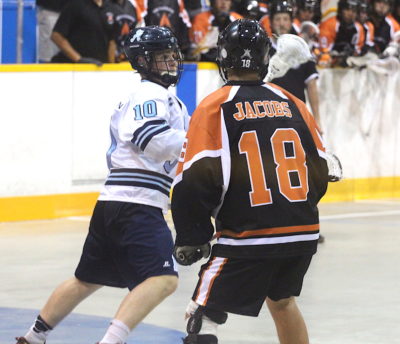 “With all the conditioning work I am doing at home, it is great for lacrosse,” he said. “It (lacrosse) is great for hand-eye (coordination) and a little competitiveness in the summer can’t hurt.”

Ham was a sixth-round pick of the Niagara IceDogs in 2015 and the defenceman has spent the past two seasons with Niagara. Last season in 63 games, Ham recorded six goals and 32 points and a further six points in 10 playoff games.

He didn’t need to ask the IceDogs for permission to play lacrosse.

“I think they respect that I am a multi-sport athlete and I’m not really hurting my training at all,” he said.

He can’t wait for the upcoming Ontario Hockey League season.

To ready for the OHL season, Ham has been working out five times a week, including twice a day on Wednesdays, and is on the ice three times a week.

Alex Simmons led St. Catharines with four goals and three assists Wednesday and Brett Erskine and Jeff Wittig each scored once and contributed three helpers. Carter Zavitz added a pair of helpers for the A’s.

Travis Longboat and Owen S. Hill scored twice for the Arrows and single goals were tallied by Jeremy Bomberry and Oliver Bolsterli.

Game 2 of the best-of-five series goes Thursday at Six Nations at 8 p.m. with Game 3 Sunday in St. Catharines at 7 p.m at the Jack Gatecliff Arena.