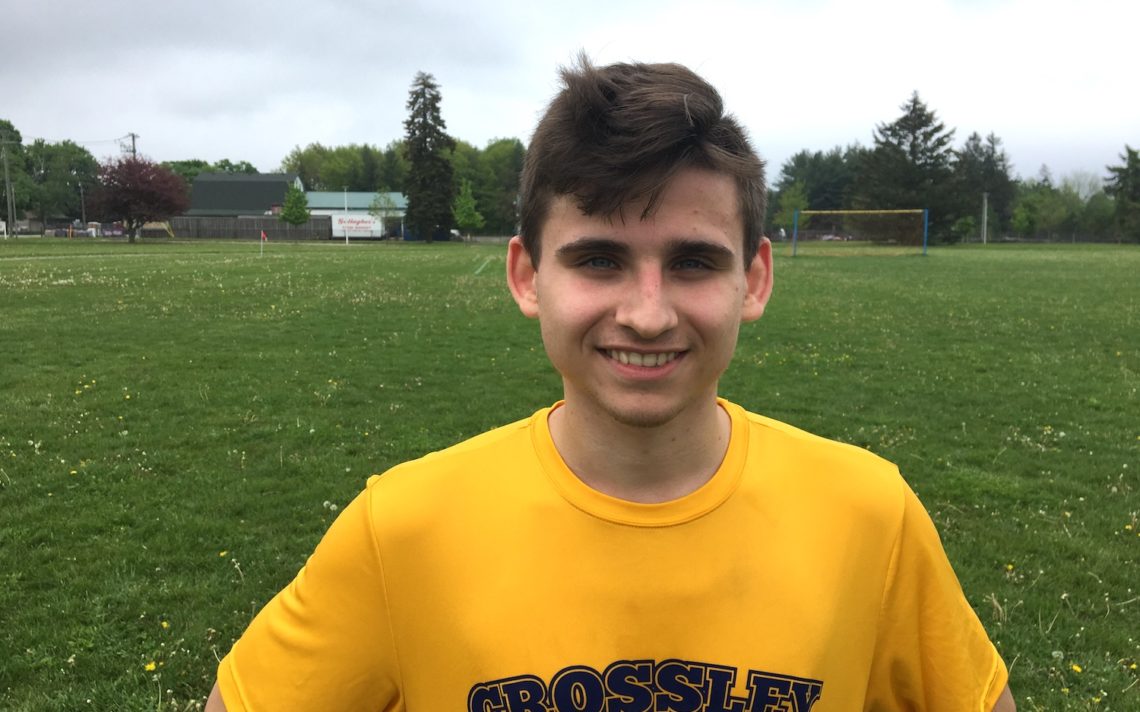 Cyclone score up a storm

When the E.L. Crossley Cyclone and Westlane Spartans met earlier this season the Cyclone emerged with a close 1-0 victory.

The Cyclone dominated the game, but had trouble finishing around the net.

The two teams met again Tuesday in a Niagara Regional High School Athletic Association senior boys Zone 3 soccer semifinal playoff game and finishing was not a problem this time for the Cyclone.

The Cyclone scored early and often en route to a 12-2 drubbing in game called about 15 minutes early by mutual consent.

“We played them before and it was only 1-0 but it should have been a bit more,” Crossley striker Tamas Kalenda said.

Kalenda said the Cyclone tried not to focus too much on that game when preparing for the rematch.

“We didn’t cover (in pre-game talk) the other game too much because we took a lot of shots and we weren’t hitting the net so this game we talked about hitting the net,” he said. “Aside from that, we went over the field and how it looked and how to deal with the long grass and how it is bumpy.”

When he’s not scoring goals for the Cyclone — Kalenda led the offensive onslaught with four goals — the Grade 12, 17-year-old striker also suits up for coach James MacGillivray in the Ontario Youth Soccer League.

Crossley coach Jessie Winger appreciates Kalenda’s ability to find the back of the net.

“Usually if Tamas is on the field, you can count on a few goals,” Winger said. “He is a strong offensive player you need for wins.

“It’s a huge luxury having guys like that. It’s important to have a well-rounded team, but you can always count on Tamas.”

Winger coached the Spartans last season and felt for his former club who had only two substitutes and were missing their starting goaltender.

“Their regular goalie wasn’t there today and he’s phenomenal. He can stretch the entire net,” Winger said. “I think the last game we realized we had so many shots to capitalize and they were kicking themselves.

“It was a closer game than it should have been, but this game was big for hitting the net and scoring.”

“Zone finals for sure is a goal,” Winger said. “This team has a lot of potential and skill. It’s a matter of starting to play together and seeing that potential come to light.”

Frederico Roman-Holt added three for the winners while Branden Wallace chipped in with two. Patrick Brown, David DelGobbo and Joshua Schooley rounded out the scoring.

Wan Kim and Mario Borojevic replied for the Spartans.