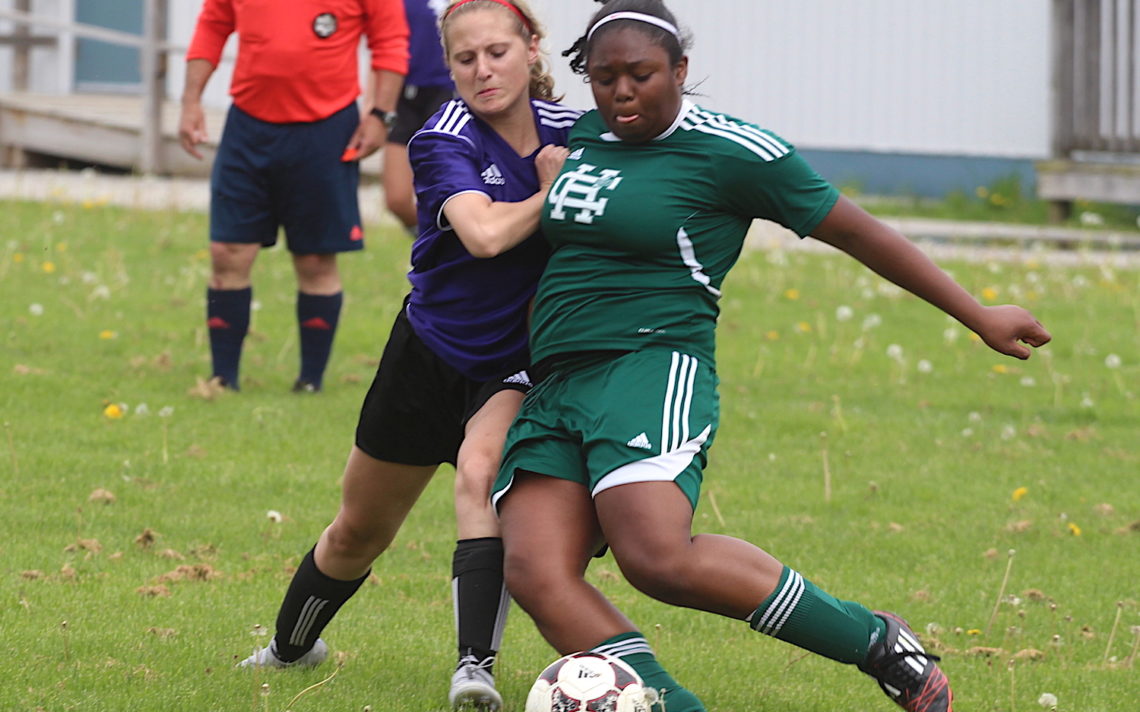 Shelby Parker had the most important job on the field Tuesday afternoon as the visiting Holy Cross Raiders battled the St. Francis Phoenix for the right to represent the Niagara Catholic Athletic Association in the Zone 4 AA girls soccer final. 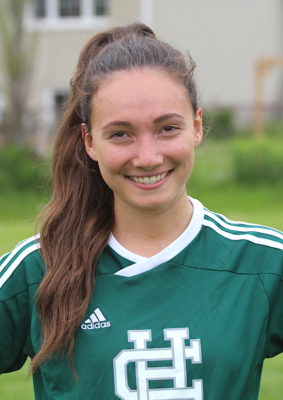 “Their striker (Sofia Al-Kayed) is one of the best players in the league and we asked Shelby to shut her down and she did,” Holy Cross coach Jim Craig said. “She kept her off the scoresheet and frustrated her. When they tried to move her into the midfield to give her space, Shelby went with her and did a great job.”

“It worked pretty well,” Parker said of her work on Al-Kayed. “I stayed inside, never stepped in, stayed calm and I can keep up pretty easily.”

Named after the Shelby Mustang by her father, the 17-year-old is a Shelby-of-all-trades for the Raiders.

“I play everywhere and he (Craig) puts me anywhere he wants other than goalie,” she said. 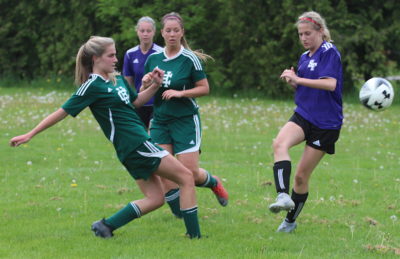 Parker has played for Niagara Falls Soccer Club for the past two years after spending several years with the St. Catharines Jets. She has also played on boys travel teams with her brothers.

She is in her fourth season with the Raiders and is delighted to get a chance to play in the zone final.

“It feels awesome, especially being in Grade 12 because all three (previous) years, we’ve kind of had a rough time,” she said. “Our Grade 9s this year are awesome and it has made our team great.

“It would be awesome to go to SOSSA and maybe OFSAA in my final year.” 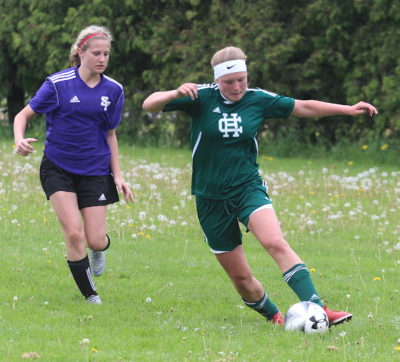 Holy Cross went 1-5-1 in NCAA league play, but won the game that counted the most.

“The other seven games were exhibition games and this was the only game we had to win,” Parker said. “That’s what he told us and that’s what we knew. We were calm and as soon as we saw the team at the beginning of tryouts, we believed we had a shot.”

Craig is finally seeing his team get rewarded for its efforts.

“We are starting to get some results,” he said. “They battled against a really good team today and it was one of those punishing games.

“The kids had to go up and down the field and still find the guts to have the energy in the final 20 minutes and we did that today.” 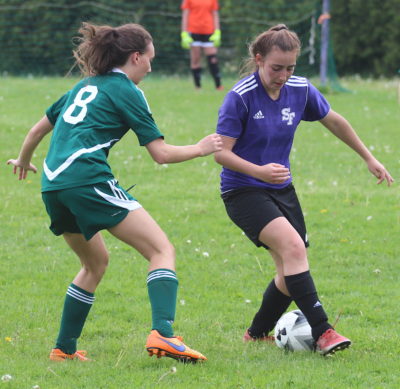 Holy Cross is delighted to be moving on to the Zone 4 AA final.

“We are looking forward to it,” Craig said.

Holy Cross used to be a perennial powerhouse at the Zone and Southern Ontario Secondary Schools Association level before experiencing some lean years.

“There was a long stretch when we were there year in and year out, but the last couple years has been a rebuilding phase,” Craig said. “This year, we are thrilled. We have eight Grade 9s on this team and they are really contributing as well.”

St. Francis hit two crossbars and controlled play during sections of the game, but couldn’t score. 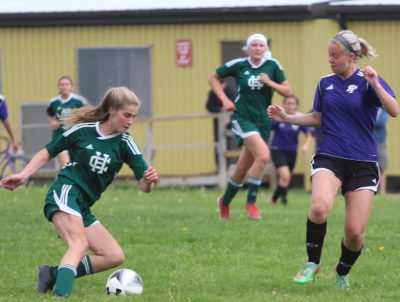 “It was a tough one,” St. Francis coach Sonya Labrovic said. “I give Holy Cross credit. They came out really strong, we lost our momentum throughout the game and they just got stronger and stronger.

“I think we felt defeated by the end.”

St. Francis had an excellent NCAA regular season. The Phoenix tied Saint Paul for first place with a 5-0-2 record.

“It was a fantastic season with a fantastic group of girls,” Labrovic said. “They really came together and they just didn’t have it at the end.”

“We have quite a few that we are losing so I have a feeling it will be a building year next year,” Labrovic said.

St. Francis will play at Saint Paul on Thursday at 3 p.m. for the NCAA title. 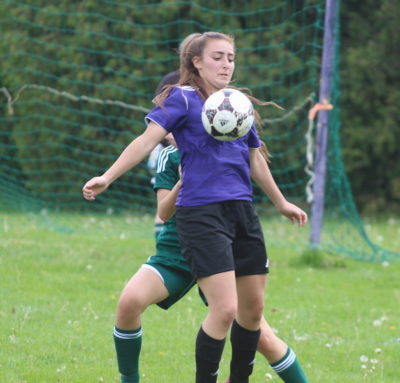 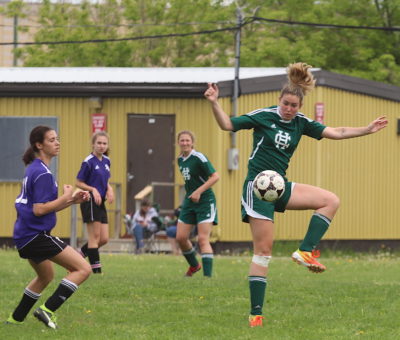 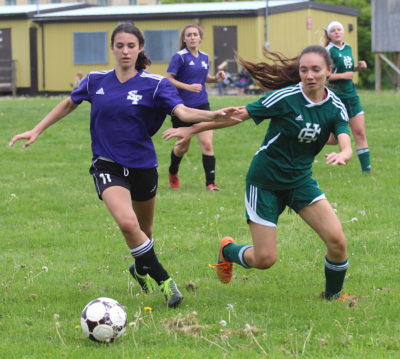