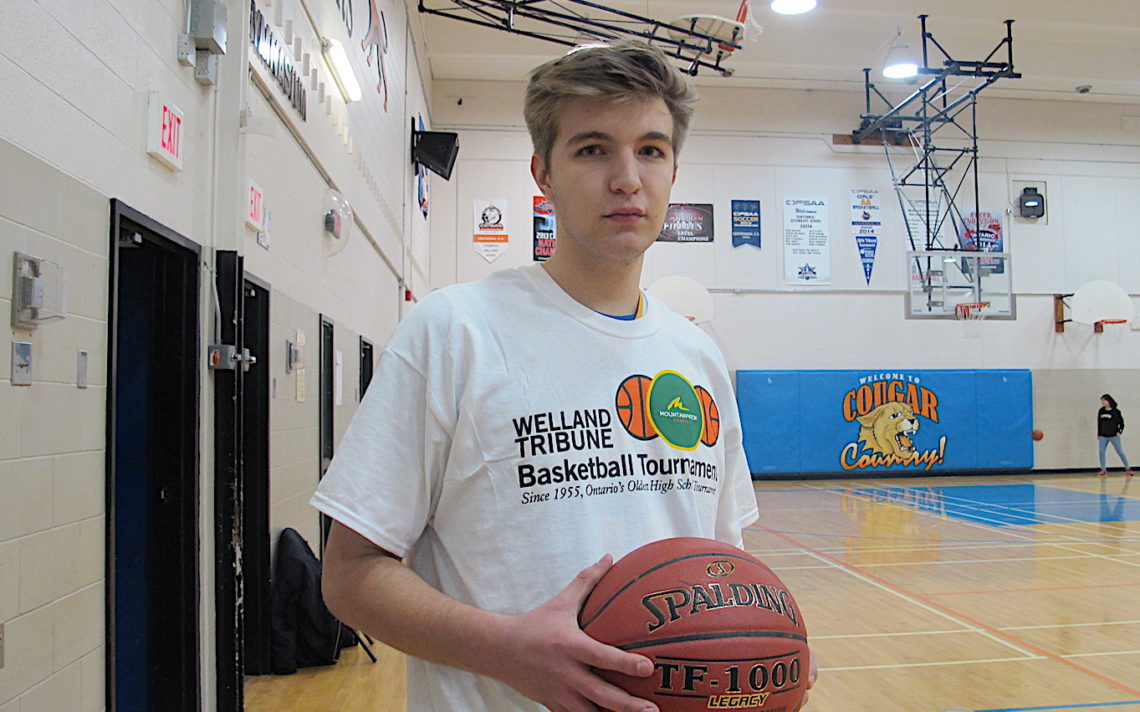 Josh Lahn is a diamond in the rough for the E.L. Crossley Cylcone.

The 16-year-old Grade 11 student is a gifted offensive player who continues to work hard on the other aspects of his game to try to be a more complete player.

“I just want to work on defensive skills and maybe some passing. When I’m driving the lane kick it out and some someone can get an easy shot,” Lahn said.

“I worked on D a lot today helping out and it worked out well.”

“He’s got a good offensive upside and we put him in a position today where he was running some inside stuff,” Shepherd said. “I like him doing that because it forces him to think outside the box.

“A player with his skill can really improve his game by adding different dimensions to it. He’s got the sense and scoring ability on the outside. If he can develop some of that on the inside, he will be real dangerous.”

“He showed good discipline. He got three fouls, but some good defensive fouls. He was in a good position and got a foul.”

Lahn, who played travel ball out of Ancaster last year and is weighing his options for the upcoming season, knew if the Cyclone won they would get the powerful Centennial Cougars in the next round.

“We know they’re a tough team and no one wants to get blown out, but we felt if we ran our plays and practise them in this game, we would have a chance to beat Centennial,” he said. “We worked on plays instead of just running which is a focal point of our game.

“Running is where we get most of our offence. The plays are the tough part in the half court, so we tried to work on that.”

The Cyclone led 11-6 after one quarter and 26-20 at the half. The Gryphons rallied to take a 39-38 lead after three quarters and led 54-52 with just over a minute to play before Durieal Bell tied the game at 54-54 with 34.3 seconds remaining. Owen Dobbie then sank one of two free throws that turned out to be the winning point.

“We’ve had a tendency in the past to try and play street ball,” Shepherd said. “Sometimes you win the game but you don’t win the longer game. We knew if we were going to move forward we had to run systems well and so it was a chance to get some guys to run systems in a real-life, game situation.”

The Gryphons, who previously topped Crossley in regular-season action, were without Joel Coopman, who has been out since helping them to a Standard Tournament consolation title.

“Our second-string guys played fantastic and we brought up a couple of junior guys and they did alright,” Fort Erie coach Dave Adamek said. “It wasn’t our best game, there’s no getting around it.”

The Gryphons are now hoping to repeat their success at The Standard Tournament where they defeated Eden in the consolation final after a rough loss in the opener.

“We stunk against Thorold and then the next couple of days played pretty good,” Adamek said. “We’re been streaky.”

The Denis Morris Reds advanced to the championship quarter-finals with a convincing victory over the Port Colborne Blue Bears. 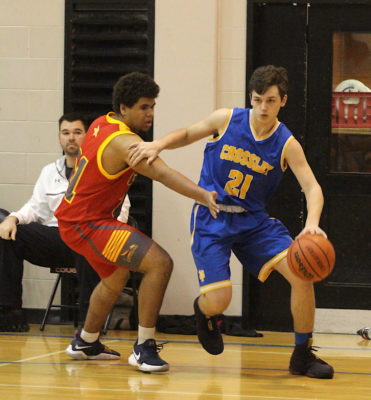 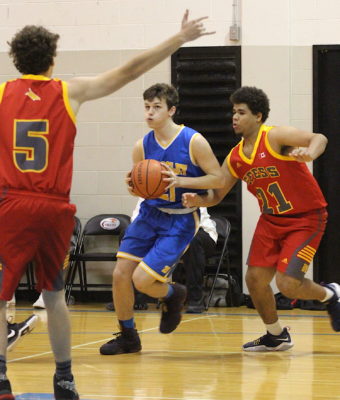 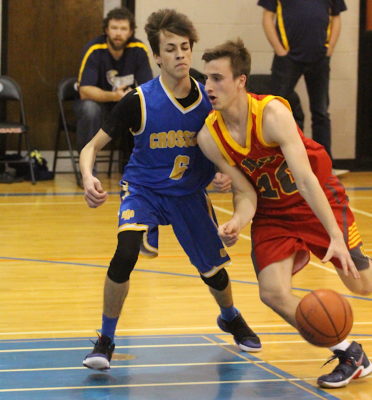 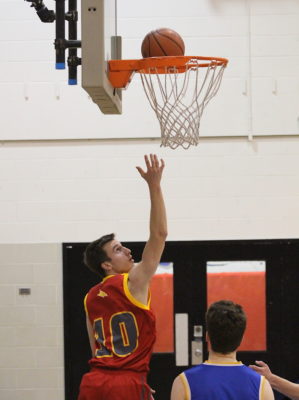