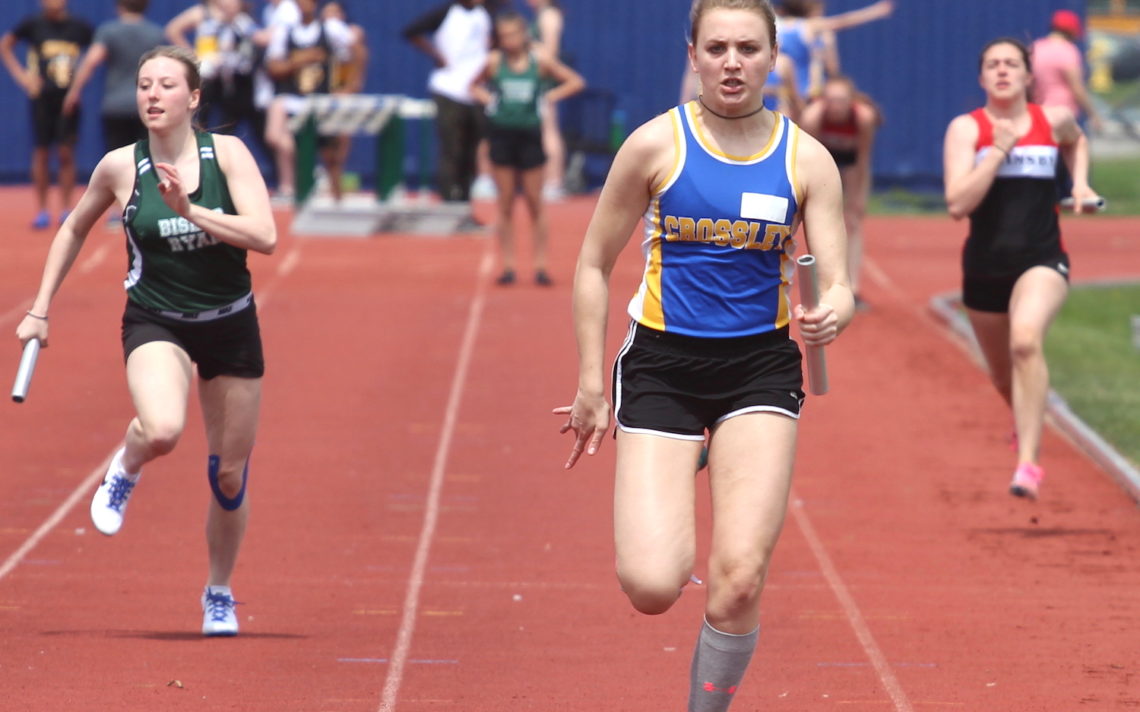 Sofia Labricciosa will be hard-pressed to match the results she had during last year’s high school track and field season.

And while the 15-year-old Fonthill resident isn’t guaranteeing another unbelievable year, she’s not going to rest on her laurels.

“It definitely takes a lot of training but you can always improve,” she said, following a race Wednesday at the Bulldog-Cougar Classic held at the Niagara Olympic Club. “Even with my successes last year, I wasn’t going for the success. I was always going for the times.

“How I improve is my beating my best times. That’s how I look at it.”

Going into last season, Sofia wasn’t expecting to perform as well as she did.

“I didn’t think I would medal at OFSAA, but my hurdles coach was telling me that I could,” she said. “I was kind of nervous about that because I had never really done any provincial meets.

“But I ran really hard and I medalled.”

She attributes her success to a number of factors.

“My parents (Magi and Dan) really push me, but just to the extent of how much I push myself and definitely training,” the Niagara Regional Athletics member said. “I trained really, really hard last year and of course this year. I have been training throughout the winter.”

She is on the track four or five times a week.

It also involves being mentally prepared.

“Even if you are physically strong, it’s all about the mental strength you have when you run,” she said.

She is driven by the goal of pushing herself to the limit.

“It’s the feeling of finishing and knowing that you did the absolute best that you could,” she said. “Especially my 400 at OFSAA. I could not have pushed any further than I did that day.

“I was so tired and that’s how I should feel after every race.”

Winning is only part of it.

“It’s not only the success, but knowing that you pushed yourself.”

Her goals for this year are a continuation of pushing for personal bests and seeing where that takes her. Excellent results would also be nice.

“It’s a bit of both, but I think my goal is shaving a few seconds off of my times every year,” she said. “I am looking at all the senior times and training to get to where they are because I know in my (senior) year that is what I am going to want to run.”

Judging by her times, she is not that far away. She ran 58 seconds in the 400 metres last year and the top senior times are between 54 and 55 seconds.

The biggest step she wants to take this season is improving the mental side of her game.

“Going into last year’s track season I didn’t think I would be where I was and it’s reminding myself that success only comes with hard work,” she said. “I have to be mentally prepared and be pushing myself at practices too.”

Crossley track and field coach Maryann Mergl feels it’s Sofia’s determination that will lead to success at the track and in life.

“That is going to help her achieve all the goals that she has set,” Mergl said. “Whether it’s injuries or other stuff, that won’t stop her.”