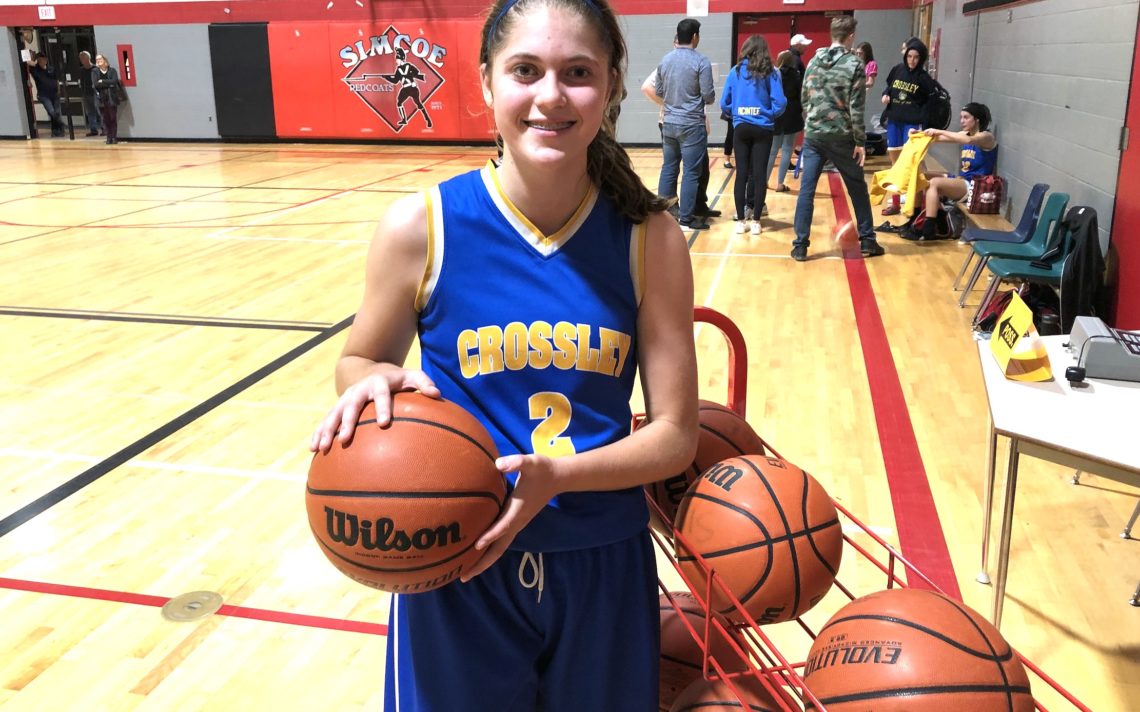 Sydney Piekny has made a quick adjustment to basketball at the high school level.

The 14-year-old, Grade 9 student has made a seamless transition in her first few weeks on the court with the E.L. Crossley Cyclone.

Piekny collected a game-high 16 points as the Cyclone defeated the Governor Simcoe Redcoats 43-29 in a championship quarter-final game at The First BPSN Girls Basketball Tournament Wednesday at Simcoe.

Piekny got off to a good start with six points in the first quarter and then helped the Cyclone hold off a stubborn Simcoe squad with eight in the final period, including a pair of three-pointers.

“It’s so exciting, especially in my first year of high school,” Piekny said. “I love it so much.” 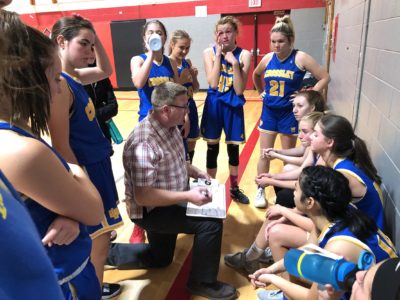 Piekny, who netted 14 points Tuesday in Crossley’s win over 49-14 win over Saint Michael, admits it is a big jump up from elementary school.

“It’s definitely a lot different from elementary school; the competition is so much better,” she said. “I’m playing against senior girls and they’re a lot bigger.”

Piekny, who plays at the JUEL Prep level, feels being able to compete and succeed with older players will help her down the road.

“This is my goal, I want go somewhere with basketball so I think this is a great first step.”

Crossley coach Aaron Belding realizes he has a keeper in Piekny.

“Awesome. I can’t say more than that,” Belding said. “She’s been really dynamic. She’s dependable and can score and play defence.

“She’s been a great addition.”

The Cyclone only led by eight at the half as the Redcoats did a good job of clogging up the key.

Crossley finally broke through and built a 20-point lead after three quarters at 39-19. 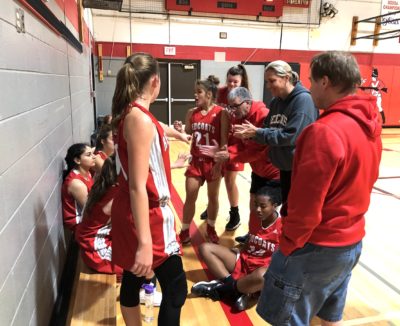 “We needed more ball movement and we needed more people to move. The adjustments were to get people moving instead of just sitting there and letting the ball do the work,” Belding said. “Getting a couple of steals off the press early was really good to get them back into it and get them hyped up.”

Piekny gave credit to the Redcoats.

“It was tough. They were in the key so we had to take perimeter shots and thankfully we started hitting them in the second half,” she said.  “You just have to stay focused and have faith in your shot that it’s going to drop and the just keep working with your teammates because I have faith in all of them and they made the opportunities.”

“I’m proud of the girls,” Stiefelmeyer said. “We worked hard but missed some keys shots and foul shots.”

Mick and Angelo’s/Johnny Rocco’s/Cracker Jacks Players of the Game: E.L. Crossley guard Sydney Piekny with 16 points and the Redcoats Jamie Addy with 15. 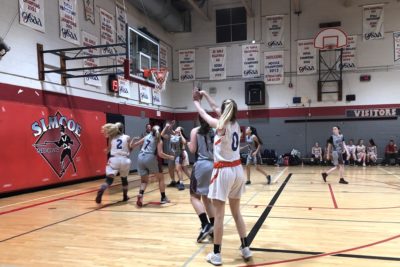 The Centennial Cougars rebounded from a tough loss on opening night to defeat the Saint Michael Mustangs 51-16 in a consolation quarter-final game at Simcoe.

Spiers said it is crucial the Cougars stick to the fundamentals.

“We’re a really small team so we have to box out,” she said. “If we don’t box out we get hurt inside.”