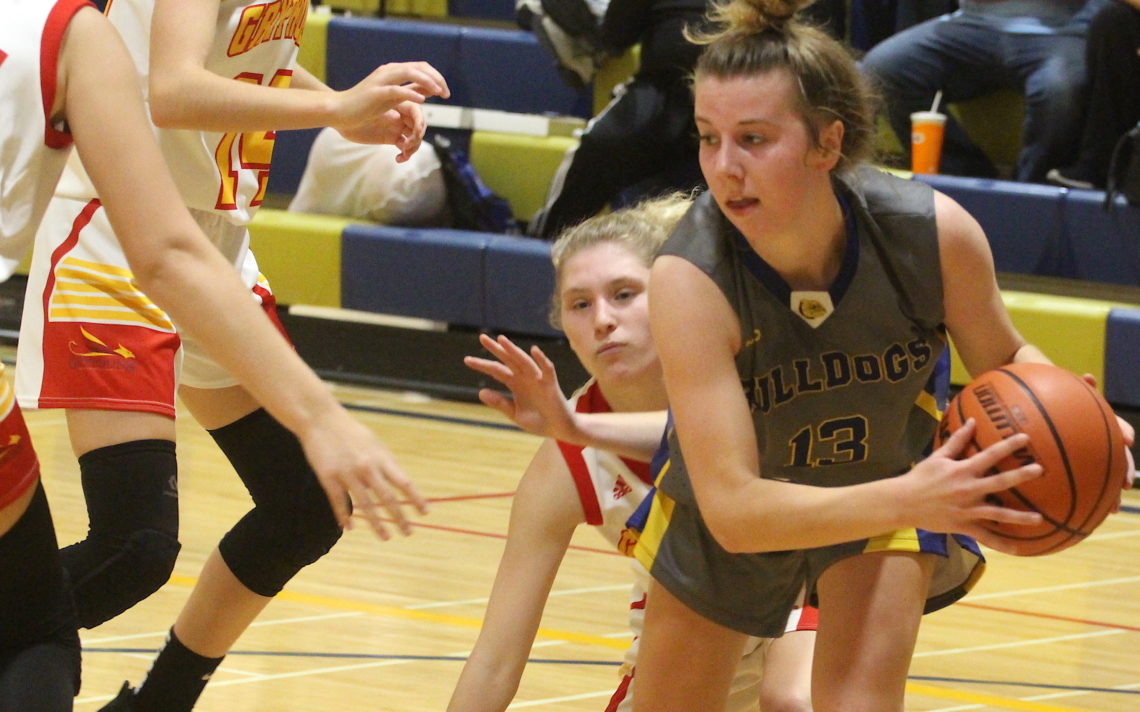 Churchill guard reins it in

For the past decade, Ally Sentance has played defence like a girl possessed.

From the time she first started playing travel basketball a year up when she was in Grade 1, the Sir Winston Churchill point guard would dive for every loose ball and play every defensive possession like it was her last. And while her defence changed games time and time again, she would wear the scars of her aggression with bumps, bruises and the occasional broken bone.

The 5-foot-9 player played that way at a recent tournament in Hamilton and she was so banged up afterwards, she had to sit a few league games before she was ready to resume play.

“After getting hurt in Hamilton two weeks ago, she learned that you can’t go face first all the time,” said Churchill head coach Frank Keltos Wednesday, after watching Sentance score 18 points in a 64-33 victory over the Greater Fort Erie Gryphons in the championship quarter-finals of The First BPSN Girls Basketball Tournament.

“In the last two weeks, she has learned to pick her battles and you can see now that she is waiting for that moment,” Keltos said. “Before, she would have went after every ball in this game, but now she’s picking her poison and I think she only had one foul.

“She has figured it out and it means her staying on the court.”

The 16-year-old agreed the Hamilton tourney finally made her change her ways.

“I had banged my head several times on other people and on the floor and I had gotten balls and elbows to the nose and my head just wasn’t feeling very well,” the 5-foot-9 player said.

She ended up having to sit out a couple of league games when she got back and it gave her plenty of time to ponder her playing style.

“I didn’t like sitting out,” Sentance said. “My team did really well without me because they are still really strong, but I like playing with them and being on the floor with my friends and it made me realize it’s not worth it to throw myself into those situations.”

It’s not an easy thing to change because she has always played that way.

“It’s because I have always played a year up in travel basketball and I have always had to keep up with older kids and their intensity and level of game,” she said. “If I wanted to stay at that level and keep playing with them, I had to step it up a bit.”

Sentance had a chance to step it up a lot this past summer playing in tournaments in the States with the Kia Nurse Elite Team.

“I learned a lot about by defensive game and even my offensive game,” she said. “I wasn’t very confident in my shot last year, but over the summer I was always practising it and getting used to it and getting a lot of tips from the coaches.

“I am a lot more confident and I shoot the ball a lot better.”

It was a great summer of development for the Niagara JUEL player.

“I just didn’t take one thing out of it,” she said. “I took many things and I am using them right now.”

Sentance wrote her SATs last Saturday and she is focusing on her goal of playing NCAA Division 1 basketball.

“I have had that dream since I was little and watching it on TV and seeing how much fun and exciting it is,” she said. “It looks like a real cool opportunity and it’s something I have always wanted.”

This past summer, she received interest from D1 schools and she realizes her dream could become a reality.

“It does look like a possibility but I have keep my grades up, keep practising and working hard and hopefully it will all pay off at the end.”

As for right now, she and her teammates are focused on winning the first BPSN tourney.

“This is one we look forward to every year and we prepare ourselves for it too.”

The Gryphons trailed 22-10 after the first quarter Wednesday and then cut the lead to 22-16 in the second quarter before the Bulldogs took charge of the game. Churchill led 37-19 at the half and 48-30 after three quarters on the way to victory.

“We are not very deep but we work hard and the girls are inexperienced compared to a team like Sir Winston,” GFESS head coach Betsy Oort said.

Playing a team like Churchill is a good way for the Gryphons to get better.

Keltos agreed that his squad looked sluggish at times against the Gryphons.

“That’s to say the least,” he said. “It was a very, very sluggish game but we are playing with eight. We had a junior callup but we were in a junior tournament today so really we were playing with seven.”

Churchill was especially off early in the second quarter.

“They assumed every shot was going to go in like they did in the first quarter, but you can’t get too hard on them because you know they will pick it up,” Keltos said.

Mick and Angelo’s/Johnny Rocco’s/Cracker Jacks Players of the Game: Churchill’s Ally Sentance with 18 points and her usual strong defensive game.

Led by 16 points from Sarah Wade Wednesday, the Grimsby Eagles advanced to the BPSN consolation semifinals with a 42-25 victory over the Smithville Christian Storm.

“We finally got our 50, which is what we call our zone press, working for us and we got the other team frazzled a bit. We were able to capitalize on that,” Grimsby head coach Erika Smith said. ‘It has been a slow start to the season with getting ourselves figured out and just finding our groove.

“Today it finally came together.”

‘It was a rough game and we didn’t do what we can do,” Smithville coach Tawnia Hultink said. “I can’t wait until practice Friday morning.” 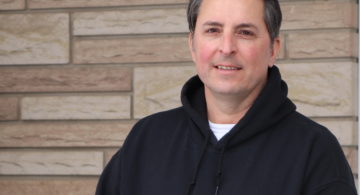 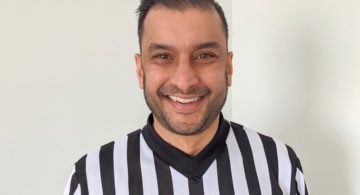