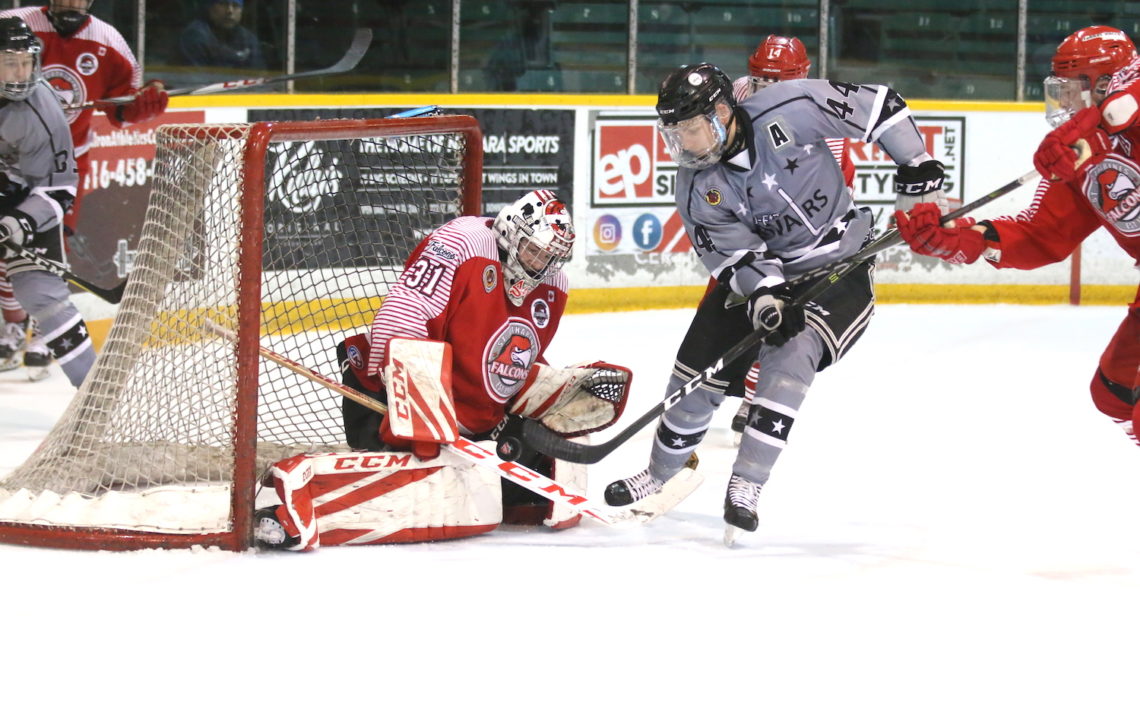 It has been an off-season of change in the Golden Horseshoe Conference of the Greater Ontario Junior Hockey League.

First, the Ancaster Avalanche relocated to Hamilton where they will be known as the Kilty B’s and play out of the 2,400-seat Dave Andreychuk Mountain Arena.

And now comes word the Caledonia Corvairs have decided to take a one-year leave of absence for the 2018-19 season, with expectations to return to the GOJHL for the 2019-20 season.

Caledonia coach Mike Bullard said there were a couple of reasons for the decision.

“We were getting tired of the OHA (Ontario Hockey Association),” he said. “Every year there’s a different Caledonia rule. It was like pick on the powerhouses all the time. If it wasn’t us, it was St. Catharines, and if it wasn’t St. Catharines, it was London.

The OHA in the last couple of years instituted more stringent rules on how many 20-year-olds a team could carry on their roster.

As well, Bullard said the ownership group of the team has other interests they are pursing away from hockey, including construction of clubhouse for Monthill Golf and Country Club south of Caledonia.

“We talked to the owner and we had a really good run and we decided to back down a notch here and regroup for a year and start over again,” he said. “We have a lot of projects in place. We’re building a 60,000-square foot golf course and it’s a lot of work right now. I told the guys it would be nice to take a year off and regroup.”

“He’s been so busy. It takes up all your time,” Bullard said.

The Corvairs have won the regular season, conference playoff and championship each year since moving to the GOJHL from the Midwestern Conference prior to the start of the 2013-14 season. Caledonia also won three consecutive Sutherland Cup titles in that span. The Corvairs were swept by the Midwest Conference champion Listowel Cyclones in the finals this year.

“I always said when you get to a certain point as a hockey team, there’s no room for error. In our division, it’s either Caledonia or St. Catharines,” Bullard said.

Bullard said the break comes at a good time.

“Sometimes it’s good to get things back in order. Brian still wants to do it and I definitely still want to do it. People don’t realize I played 25 years professionally and coached and I’ve never taken a year off,” he said. “This gives me a chance to take a break for a year.”

“From a general manager and a coach’s standpoint, we’re disappointed they’re not in our league,” he said. “They set the bar when it comes to having successful winning records. It was always exciting when we played them at any time. We were always excited to play the Caledonia Corvairs and we’re going to miss that.”

With the Corvairs out of the picture — at least for this season — the league title would seem to be up for grabs.

Girhiny said it’s business as usual for the Falcons

“It’s out of our control and everybody has to take care of their own team and do what is best for them,” he said. “Caledonia had a strong team and they were always a strong draw in our building. People respected the calibre of hockey they brought with them so that will be missed.

“We always try to build the best team we possibly can. We want to win every year. Every time we start building it’s about building a championship. With Caledonia gone, I guess it gives you a more realistic chance of winning.”