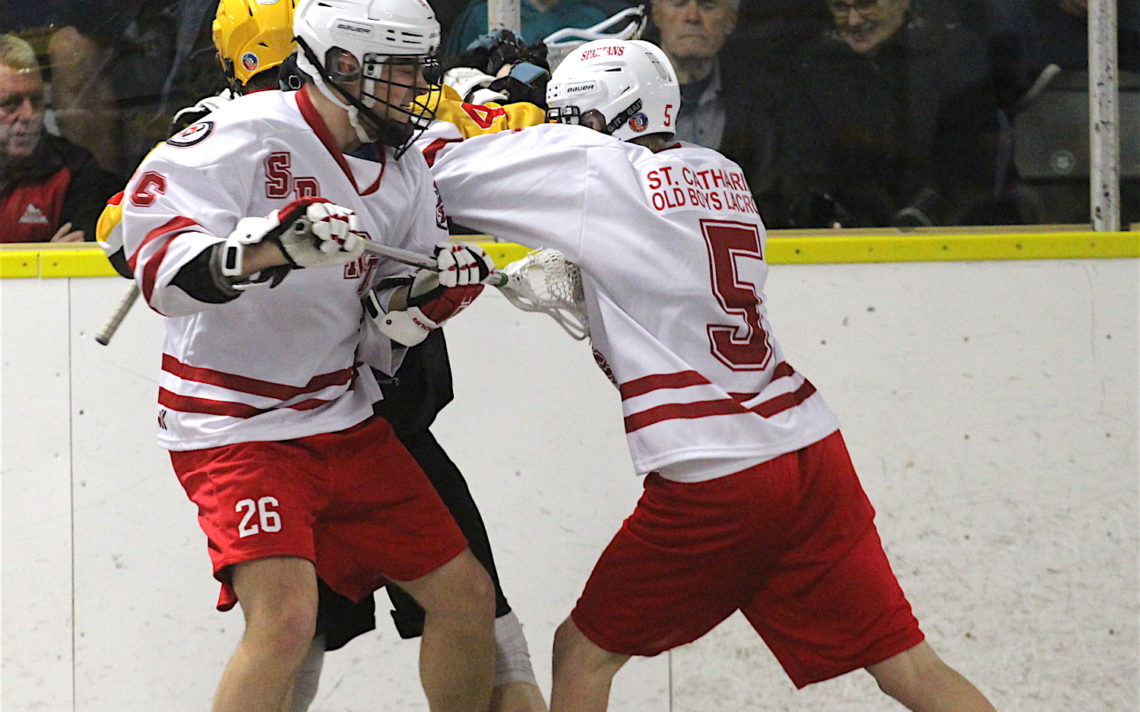 The St. Catharines Spartans appear to be prohibitive underdogs in their playoff series versus the Six Nations Rebels, but Spartans general manager Chris Spiers doesn’t see it that way.

The Rebels finished with an impressive 18-1-1 record and in first place while the Spartans squeaked into the post season with a 7-12-1 mark.

“You don’t know what can happen playoff time,” Spiers said. “We’re going in and take it game by game. We’d like to win, whether it takes three or four or five.

“We want to win the series and move on and to be the best, you have to beat the best.”

Having said that, Spiers doesn’t discount how strong the Rebels are.

“They’re a good team and they’ve got loads of talent,” he said. “You look at their roster. They finished first and we finished eighth.”

“We’re right there with them,” Spiers said. “We see variables in there.”

The Spartans have made significant progress since starting the season 0-6.

“We lost a lot of one-goal games and a lot of the times we shot ourselves in the foot or had a brain cramp,” Spiers said. “The team is a lot better than we were; you couldn’t get much worse.

“We’ve got a great team with a great bunch of guys. We just have to play 60 minutes. Our theory is they have more talent, but we’re going to outwork them. That’s how we’re going to win, if we do.”

Spiers knows playing in Six Nations can be a challenge like no other.

“It’s the nostalgia and atmosphere. Six Nations is kind a shrine when you walk into the arena but since I’ve been with this team we’ve always played well there,” he said.

The Spartans figure to be at full strength with the exception of sniper Mario Caito, who had a scheduled vacation he could not change.

“They are both big, strong dudes. We added some mustard,” Spiers said.