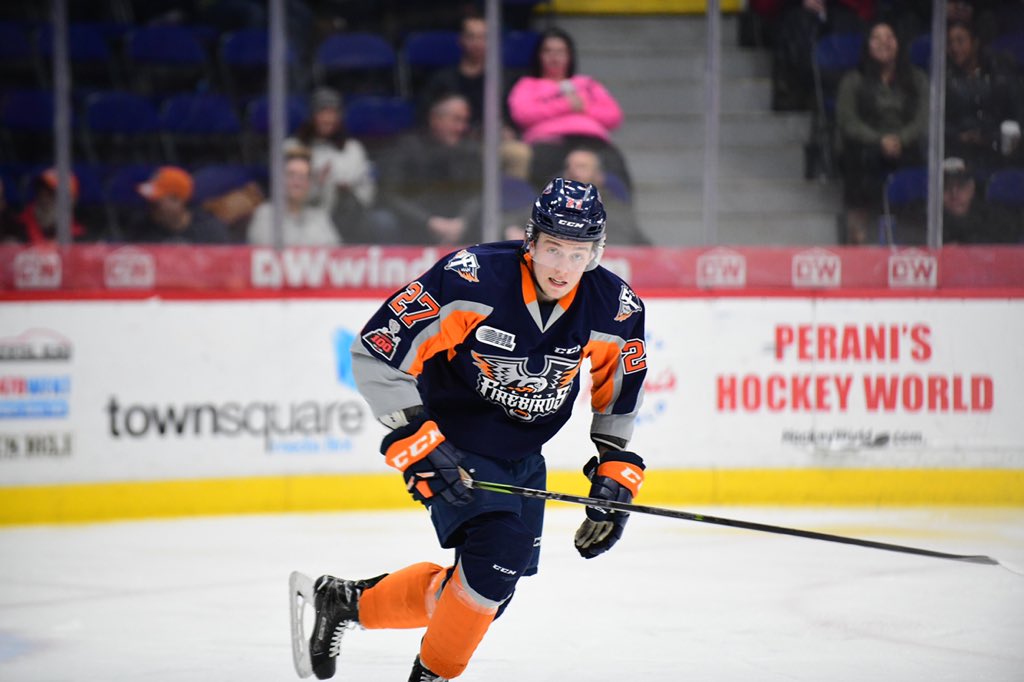 Change of scenery for McCourt

Riley McCourt is thriving in Flint after being dealt to the Firebirds from Hamilton. Photo: Special to BPSN Sports

Riley McCourt went from the top to the bottom when he was dealt from the Hamilton Bulldogs to the Flint Firebirds.

The 17-year-old St. Catharines native was enjoying a solid rookie season with the Bulldogs when he was traded to the Firebirds as part of a deal that brought veteran rearguard Nicholas Mattinen to the Bulldogs.

The deal has given McCourt a chance to play more meaningful minutes.

“Any time you can get to play more, it’s a good thing,” McCourt said last week, when the Firebirds visited the Niagara IceDogs. “You need it to develop and that’s what comes with playing more.

“I enjoyed my time in Hamilton. I have nothing but good things to say about their organization and how they treated me. They’re running a great program and have a good team.”

“(I’ve) improved a lot,” said McCourt, who has four goals and 13 points in 27 games in Flint. “Confidence is a big thing here and with playing more you get more confidence. I think that’s helped me a lot in my game.

“I’m getting more comfortable with the guys and making plays and being able to do that makes it easier.”

The Bulldogs lead the Eastern Conference with a 42-18-3-3 mark and are expected to make a deep run in the playoffs. 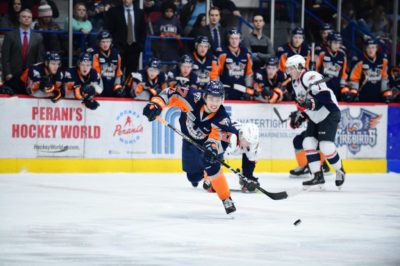 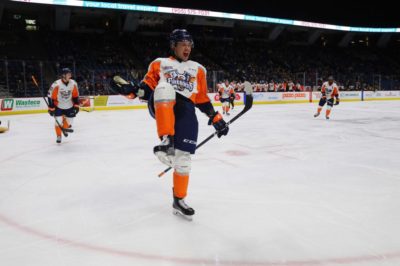 The Firebirds bring up the rear of the Western Conference and are tied with Sudbury for the fewest points in the league.

“Obviously, it’s a little bit tough, but it’s about competing night in and night out,” McCourt said. “Our team does a great job of that. We have a pretty young lineup and a lot of guys who are hungry and that’s a good thing. You can tell we’re always battling and fighting in games. We’re never really out of it and that’s a good thing.

“When your team starts quitting, that’s when you are in trouble and you don’t see any of that on our team and that’s a good sign for sure.”

McCourt, who played a season at Ridley before joining the St. Catharines Falcons to begin his junior career, is looking forward to the future in Flint.

“Now, it’s about building this team for the future and hopefully climb the standings and get to where Hamilton is this year,” he said.

And while Flint doesn’t have the greatest reputation, McCourt has loved his time in Michigan.

“It’s been awesome, right from the fans to my billets to my teammates and everyone in between. It’s a great place to play and I’m glad I made the switch for sure.”

McCourt was thrilled to be able to play in Niagara last week as the season winds down.

“It’s unbelievable. Any chance you get to play in front of a family and friends and something you’ll remember forever,” he said. “Coming back here tonight it really brings back a lot of memories. It was really excited. Lot of people from Ridley and family and friends. Having them here for support is unbelievable. It just shows how close everyone is there and how it’s a family.”