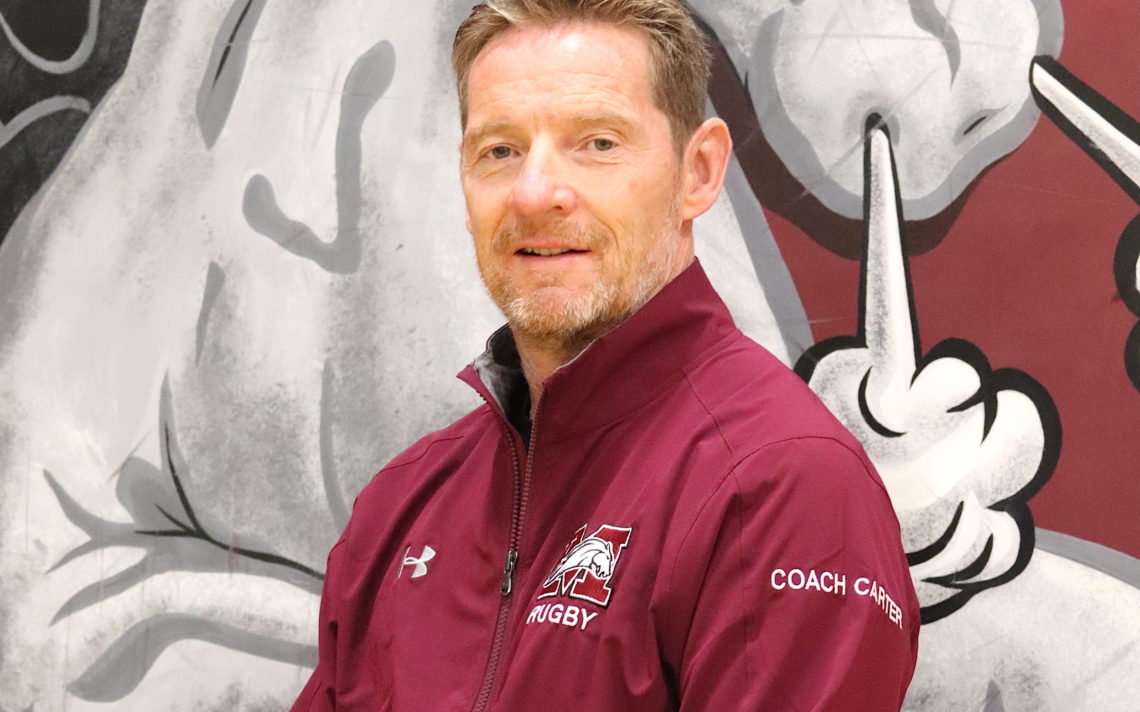 Carter has coaching in his blood

“My dad, James, was a phys-ed teacher at NFCVI and I always remember sitting on the bench during basketball games growing up, going to his phys-ed office, having birthday parties in the gym and that kind of stuff,” he said.

“We grew up with the idea that when you taught, you coached as well,” Brian said. “I had a lot of good coaches over the years who taught me things outside the classroom that were important and I wouldn’t have learned inside the classroom.”

Coaching also played a crucial role in his life away from teaching. While coaching rugby at Lakeshore Catholic, he met his wife Kathy, then doing student teaching and coaching at Westlane, at a coaches meeting

“We met and hit it off. We ended up dating, getting married and I wouldn’t be where I am now if not for coaching.” 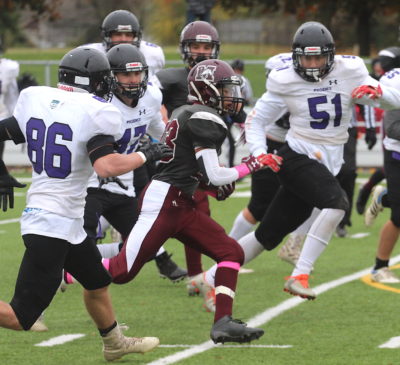 Coaching relationships have always been important to Carter and he has been coaching since Grade 11. That year, he was doing a recreation and leadership class at A.N. Myer and he had to do something in the community.

“I coached Grade 8 basketball for two years at Cherrywood Acres,” he said.

His coaching has led to lifelong connections.

“I am still friends with a lot of those kids and seeing them having families and careers is pretty exciting.”

Coaching gave him that added connection.

“You have them in class but it just isn’t the same as you would get outside the school. They respect you a little bit more in the classroom, you get a little bit more work from them and they listen a bit better.”

He loves coaching boys and girls.

“With the boys, the energy and aggressiveness is just there but they are sometimes a little difficult to coach because they don’t listen to the detail.

“The girls are very coachable, they listen very well to what you say and they will do what you ask them to do. They just need a little more energy from you to get themselves going.”

Carter’s coaching is based on attention to detail.

“I like to run things over and over again to try and make sure that the details are taken care of,” he said.

Those details are crucial.

“It’s timing of the play and every step each person is supposed to make — the blocking, the angles and stuff like that —that are so critical,” he said. “If you don’t rep it out enough, sometimes that gets lost and that can be the difference between a play working or not. Football is the ultimate team game where you need everyone doing the right thing at the right time for a play to be successful.”

That philosophy is hard to coach kids with because it is repetitive.

“Even the parents are like that nowadays and they are wondering why I am doing the same thing over and over,” he said. “They can’t see the details that are required. They just see you running the same thing looking out their windows.”

The way society is today has made coaching harder.

“Everything is just so fast and convenient,” Carter said. “I have seen it over the years that kids were on a team and would work hard to eventually become a starter and now that doesn’t seem to be as important. Sometimes you learn more by going through that process than actually being a starter right away.”

Another change in sports is the prevalence of travel sports.

“I don’t know if life is busier or it (high school sports) is not as big of a thing any more. The commitment level with kids may not be as strong because everyone is pulled in different directions,” he said. “High school sports used to have a little more shine to them and now their outside sports seem to take priority.”

Those outside sports are demanding.

Carter is a firm believer of playing sports in season and not specializing.

“You gain transferrable skills that you can use in multiple sports. They all involve slightly different things but they are very similar and the more skills you develop, the better athlete you are going to be.”

“It is a society issue in a way and we feel like we are falling behind if we don’t do those things all year round because everyone else is doing it. We have to keep up with them or my kid won’t make it.”

The COVID-19 pandemic has halted Carter’s football coaching this fall, but it has resulted in him being equally busy.

“I get home from school and I try to get to the kids at home who are going to school on-line and for my cohort that didn’t come that day, I have to get them organized and makes sure they are on track. Then I have to get ready for the other cohort who is coming the next day.”

Carter’s high school’s school athletic career landed him on A.N. Myer’s Wall of Distinction. He attended Myer from 1984 to 1989 and was a key member of the school’s football, basketball, rugby, ski and track and field squads. He won the Terry Mann Memorial Award in 1988 for the best football player in Niagara Falls and went on to play four years of slotback at McMaster.  He was a three-year starter and a team captain in 1993.

While attending McMaster, he coached house league baseball in the summer

“I figured the more volunteering I did, the better opportunity I would have to get a job,” he said.

After graduating from teachers college at St. Bonaventure, the 50-year-old Niagara Falls native supply taught at Notre Dame before joining the staff at Lakeshore Catholic in the fall of 1996. Glen Gifford, Carter and Jim Whittard were all hired at the same time by Pat Hudak.

“The junior team had just been cancelled and he brought all three of us in and we all coached football together.”

Carter was part of an amazing run of success by Lakeshore football.

“We were winning junior and senior for a good 10 years and we beat St Michael’s College 10-6 to win the Metro Bowl in 2006,” he said. “I think it’s us and Myer who are the only teams who have ever won that and we were the first team to win.”

Carter spent 13 years teaching and coaching junior football and boys and girls rugby at Lakeshore Catholic before moving to Saint Michael in 2008.

At Saint Michael, he helped Dominic Scozzafava with the senior football program until taking over as head coach in 2016. He continued to coach boys and girls rugby at Saint Michael and has had plenty of success on the female side. At the Ontario Federation of School Athletic Associations’ championships, his teams have won one gold, three silver, a bronze, an antique bronze (fourth) and a consolation championship.

“Through sport, I try to teach my players life lessons about hard work dedication and teamwork that will help them when they leave high school,” he said. “How to deal emotionally and physically with the ups and downs of sport will hopefully translate into their real life when they get older.”