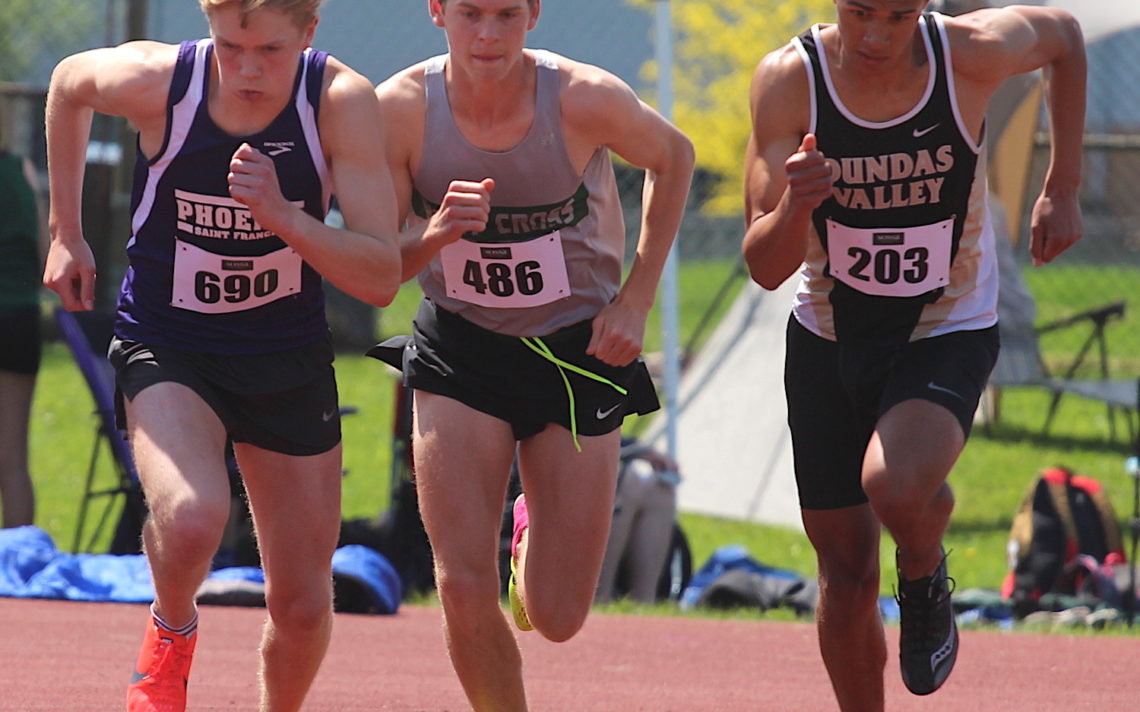 Last fall was a revelation for distance runner Campbell Lee. 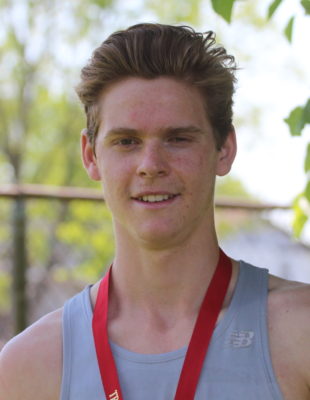 “I think in the last couple of years since I’ve started running that I have made a steady progression, but the cross country season is what really opened my eyes.” the 18-year-old said. “I worked really hard all summer and fall and doing that well and finishing where I did in some of the bigger races showed me that I could be at the top.

“It gave me the motivation to work hard in the track season so I can stay at the top.”

So far, he has done exactly that. This spring, he won the prestigious Rowland Games 3k against an invitation-only field in Etobicoke and on Thursday at the Niagara Olympic Club, he won the senior boys 1,500 metres and 3,000 metres at the Southern Ontario Secondary Schools Association championships

After placing eighth last season in the 1,500 metres and 3,000 metres at the OFSAA championship, Lee is taking his goals to a whole new stratosphere.

Of the two races, he is most confident about his chances in the 3,000 metres.

“I think I am training more for the 3k this year and doing a lot more endurance stuff than speed stuff like I did last year,” he said. “If I won the 3k, it would make all the work I did in the last year worth it.”

All that work has already paid off in a big way for the Niagara Olympic Club member. Earlier this year, he accepted a scholarship at Iona after visiting Georgetown, Boston University, and one Canadian school

“I really liked all the schools, but it came down to Iona,” he said. “Their cross country teams really good — they are consistently in the top 10 in the NCAA every year — and cross country is one of my big things. 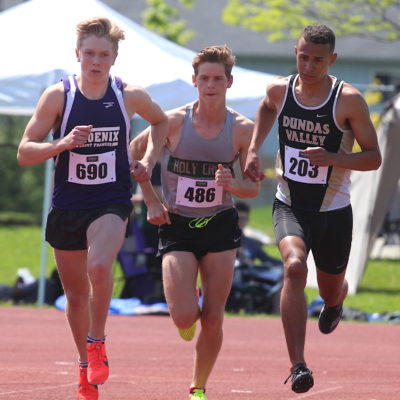 “And the coaches and the team make it a really good atmosphere and it felt natural.”

Choosing his post-secondary destination early in the process has been a big lift for Lee.

“Before when I was racing, I wanted to do well but I was worried about running well so I could go to a school that I wanted to go to,” he said. “Now that I’ve found a school, it’s nice to just run to do well and not really worry about that.

“It’s also nice to have something to look forward to and not worry about it because you know you are in good hands.”

Going the NCAA route is what suits Lee the best.

“It’s a big difference in competition. Canadian schools are really competitive but the talent is deeper in the NCAA,” he said. “And having an outdoor season is really nice too to train and compete. More time training with the team will be great.”