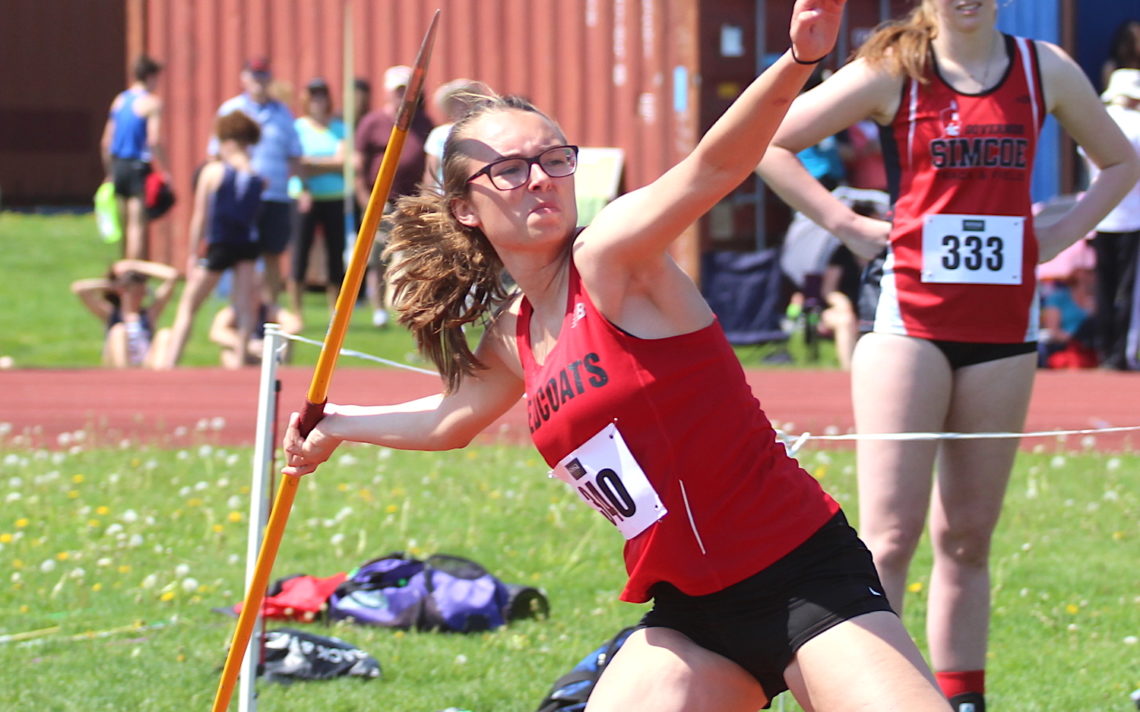 Governor Simcoe’s Emma McDougall has set an impressively high standard for herself.

The 16-year-old St. Catharines resident won the senior girls javelin Thursday at the Southern Ontario Secondary Schools Association championships at the Niagara Olympic Club, but that is only the first step towards her ultimate goal.

“I want to medal at OFSAA (Ontario Federation of School Athletic Associations championships), ideally with a throw of 40 (metres) distance wise,” the Grade 11 student said.

She is also approaching the 40-metre mark in distance, recording a personal best of 38.38 metres at the zone championships.

McDougall has made significant strides in throwing in the last few years.

“I am in the gym a lot, doing crossfit with our club, and just training all year round.”

Her father and coach Randy McDougall likes what he saw at the SOSSA meet Thursday.

“It is the most consistent that I’ve seen her,” he said. “She was so consistent today and all her throws were within a couple of metres, where before it was widespread.”

Randy changed his daughter’s approach a bit prior to the SOSSA meet and the results were immediate. 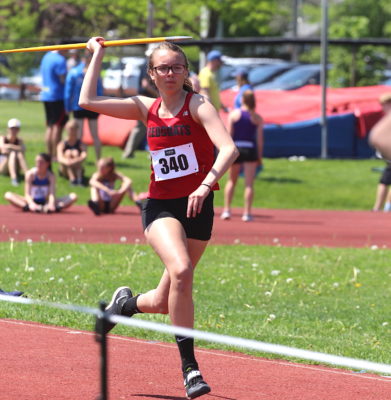 “Off of one practice with a changed approach, you saw what she did today,” he said. “Now we will progress that approach to make it even longer and allow for more speed. For her, speed is more important than strength because she is not a big girl.”

Emma trains three times a week at the Niagara Olympic Club and also works out in the gym.

“I’ve grown up with the sport and I have always loved it,” she said. “I’ve been in track since Grade 3 and I have done all the events.”

Her ultimate target in track and field is to garner a scholarship in the United States.

“That’s my main goal and hopefully I can get there,” the Niagara Olympic Club member said. “I want to get a good education combined with sport.”

Away from high school, Emma has also competed at the national level, placing sixth in her first year at the youth level.

“I am focusing on the high school season first and then focus on the club season and nationals next,” she said.