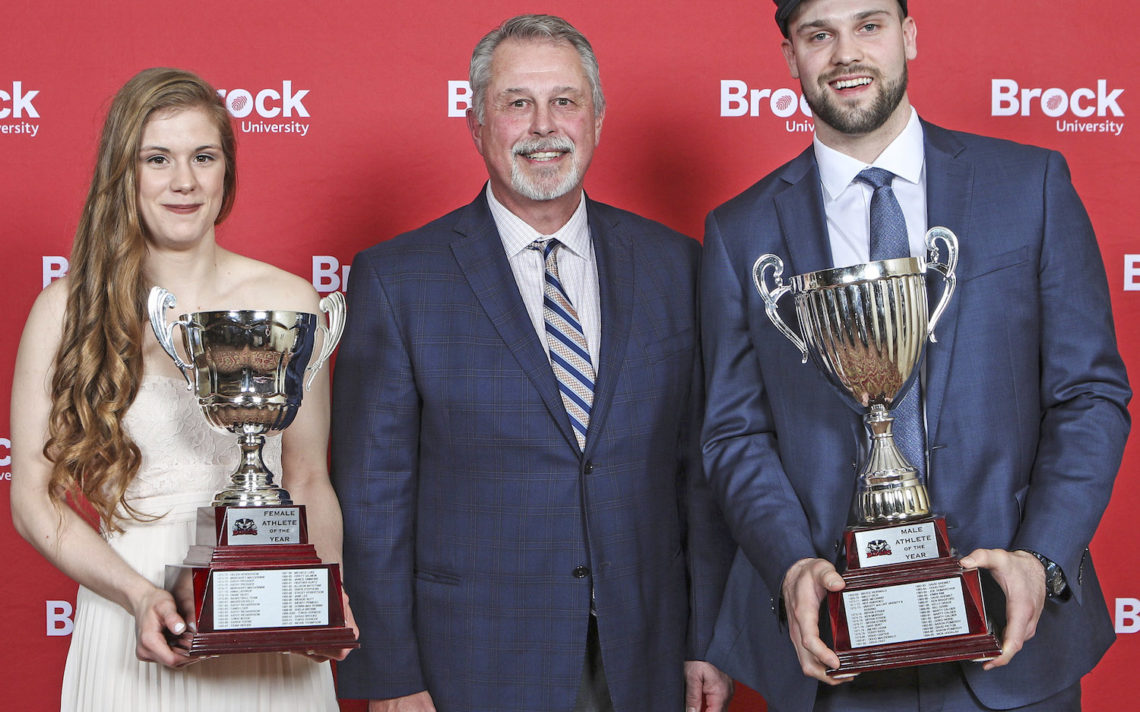 It was Brock’s first national curling medal since 2o12 and fourth since head since head coach Murray Etherington took over the program nine years ago.

“They really elevated their game,” Etherington said. “What we discussed coming into the competition was that we knew there would be strong teams and that we would have to take a few chances when the opportunities came along. And that’s what they did.”

Brock went 5-2 in the round-robin portion of the event before losing 8-7 in the semifinals to Thompson Rivers.

Making up the team skipped by Terri Weeks were Jessica Humphries, Marcia Richardson and Joanna Francolini. They shot a combined 83 per cent in the bronze-medal game.

Weeks, who played vice before taking over as skip last year, curled a tournament-best 77 per cent for the championships and was named a First Team All-Canadian.

“She has worked hard at it,” Etherington said. “In terms of her progression, I would have expected this performance from her next year.

“I would say she’s probably a year ahead of where we thought she would be.”

Brock advanced to the nationals by winning bronze at the  Ontario University Athletics championships.

Brock’s men opened the week with an 11-6 victory over the University of New Brunswick before finishing the tournament at 2-5 to place seventh. Members of the team were skip Eric Bradey, Jamie Waters, Nick Lemieux, Ben Hughes and alternate Doug Thomson.

“For the men, after finishing bronze at the OUAs two years in a row, their big goal was to get to the (OUA) gold medal game,” Etherington said. “They got there and they won it. So as much as you try to refocus for the nationals, I think they were just a little bit off.

“In other tournaments you might be able to get away with that, but at the nationals, everyone is strong.”

Windsor finished the regular season ranked first in the OUA in saves (853) and save percentage (.930) and was fifth in wins (12) and seventh in goals against average (2.51 GAA). He was named the 2017-18 OUA Goaltender of the Year and OUA First Team All-Star. He was also an Academic All-Canadian.

Windsor backstopped the Badgers to playoff wins over Laurier, Guelph and York.

He became the first Brock goaltender to register more than 1,000 saves in a season, finishing with 1,177. He ended his career ranked second all-time in wins (35), saves), games played (77) and minutes played.

“What an end to an incredible year for our team,” Windsor said. “I am so proud of the guys and the way we competed throughout the year. We were labelled as underdogs, but we kept proving people wrong in the playoffs and it was a great way to cap of my career at Brock.”

Brouillette, a fifth-year captain, led Brock to their five straight USPORTS national championship and 17th OUA title. She became the first Brock female wrestler to capture five-consecutive team national championships in a career and the third to win four individual titles. She was named a USPORTS First Team All-Canadian for the fourth time in her career and an OUA First Team All-Star.

“It was really exciting and really special to win the team and individual title at nationals in my last event as a Brock student-athlete,” Brouillette said. “To do it with this great team and coaching staff, who have been so supportive throughout the years was also very exciting. It was a perfect end to my varsity career.”

Brock men’s and women’s wrestling teams captured the team of the year honours.

Men’s hockey coach Marty Williamson was named Brock coach of the year. The former Niagara IceDogs bench boss won 20 games in his first season, was named OUA West Coach of the Year, and took his team to the nationals.