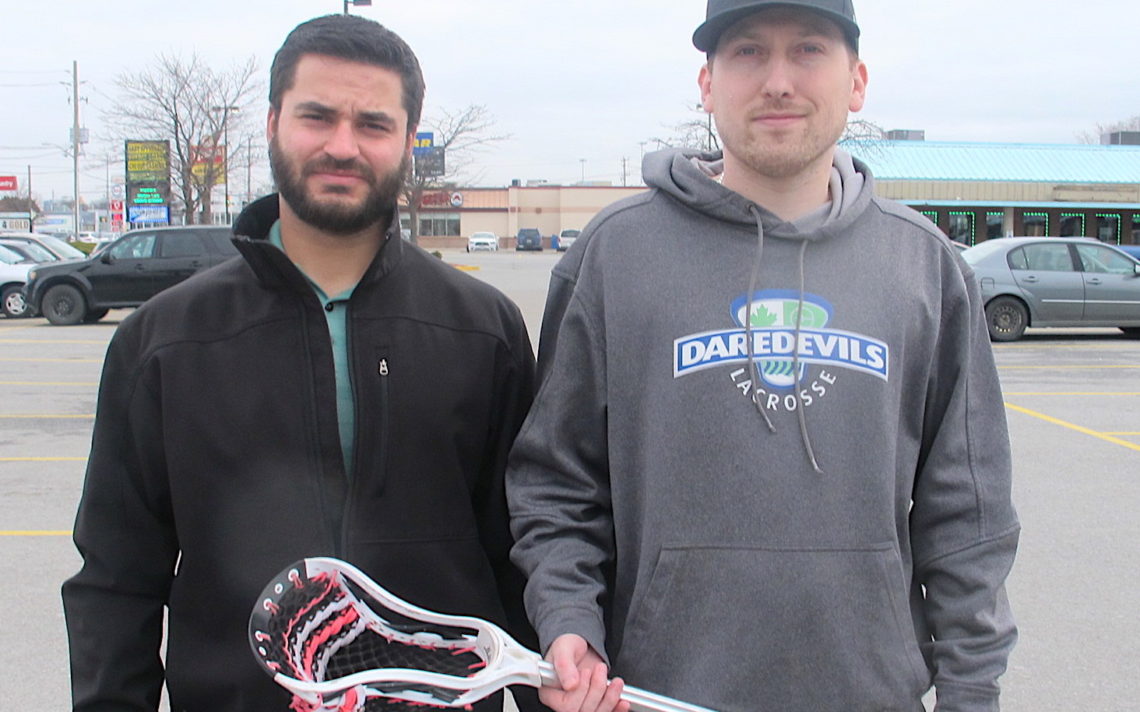 Spartans gearing up for season

Dustin Gatt, left, and Tyler Warren are part of a new coaching staff with the St. Catharines Spartans. Photo by: Bill Potrecz

The St. Catharines Spartans made wholesale changes away from the floor over the winter and enter the upcoming Ontario Junior Lacrosse Association junior B season with renewed optimism.

The Spartans turned over their entire coaching and managing staff and have brought in a new group headed up by head coach John Gatt.

“We didn’t have a great year last year. We sat down and talked and I was blown away with their enthusiasm and how they work together and their overall their passion for the game,” Spartans general manager Chris Spiers said of Gatt and his assistants.

“It was time for a change. These guys instilled something different from we’ve had in a long time.

“We’ve had some great coaches but this is probably the best staff we have ever had.”

The newcomers replace Rob McKibbon and his staff who were on the job for three seasons. The Spartans finished 6-14 last season and out of the playoffs.

“It’s a tough commitment and big grind,” said Spiers, who is in his 18th year as GM. “The guys are younger guys and they’re hungry and it would be great to see them here for four or five years.

“We’re junior B and we want guys (coaches) to progress. I’m not going to be here forever.”

Warren and Dustin Gatt are familiar with each other after coaching together in bantam and midget in Welland. Both are also former Spartans.

“I coached in minor with Dustin in Welland and got stale,” Warren said. “I wanted to do something more and this opportunity came about and we’re looking forward to a new challenge and bigger roles.”

Dustin Gatt is eager to work with his father John and brother Dylan.

“I’m pretty pumped,” said Dustin, who works as a youth counsellor in Hamilton and Niagara. “Chris asked my dad and our next step coaching was going to be junior B and this came up.

Both have already noticed the difference coaching between minor and junior.

“The wear and tear of the mental side all year. You’re patching it up all year. Guys are in and out of your lineup and you’re just trying to keep the core.”

Off the floor there are also adjustments, said Warren.

“A lot of these younger guys have to get used to playing on the road and taking care of yourself. It’s like pro. You have away and home games and you go up and down.”

The new staff will get a chance coach for the first time at the Spartans Tournament Saturday, April 7 at the Merritton Arena. Eight teams will square off in games beginning at 9 a.m. Cost for admission is $10 for the day.

The Spartans begin their regular season at home April 20 at 8 p.m. versus Hamilton