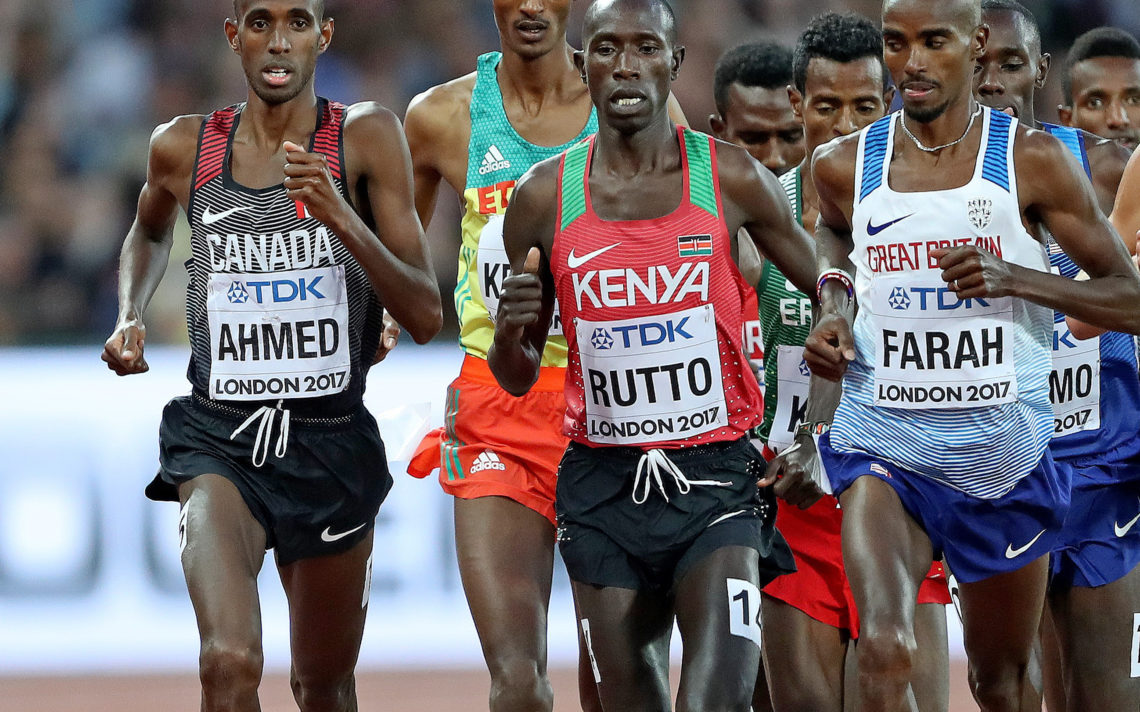 Best-ever Canadian not enough for Ahmed

There were no tangible economic or lifestyle benefits for Mo Ahmed after he placed fourth in the 5,000 metres at the 2016 Olympics in Brazil.

“It simply affirmed my belief in my capabilities and the goals that I’ve set out for myself as achievable,” the 25-year-old St. Catharines runner said.

The St. Catharines Collegiate alumnus latest climb into the upper echelons of distance running came at the recent world championships in London, England. There, he placed sixth in 5,000 metres and eighth at 10,000 metres. Although not disappointed with the results — he felt he gave everything he had and stuck to the race plan he and his coach developed — he was a bit frustrated that he didn’t finish on the podium.

“Attaining podium finishes has been the goal for some time now and it’s hard to view anything short of that as successful purely in terms of outcome,” said the 2016 St. Catharines Athlete of the Year.

The former All-American at the University of Wisconsin now holds five Canadian records at different distances and has made a habit of recording best-ever finishes for Canadians at international events.

The native of Mogadishu, Somalia, believes he is on the right track. He doesn’t want to abandon what got him there in the first place at the first sign of failure.

“I just have to keep doing more of the same; keep training hard but smart, stay healthy and motivated.

“Before I embarked on this journey I understood the cost of success might be some short-term failures along the way and as cliché as it sounds just keep believing that it will happen. I think if you keep putting yourself in the mix enough times, it will happen sooner rather than later.”

The Niagara Olympic Club member describes this past season as consistent but lacking a discernible high.

“The climax and sole focus of this year was the world championships so coming up short in both races was by default the low point,” he said.

To prepare for races, Ahmed trains two or three times a week and runs at speeds faster or close to the pace of an actual race. In addition to the 80 to 95 miles a week in training, Ahmed is in the gym three times a week, doing weights and core circuits.

For the past three years,  he has trained in Portland, Ore., with the Nike-funded group Bowerman Track Club.

“I train with some of the best runners in the world and have access to great resources at Nike headquarters and Portland in general,” he said.

Prior to major championships, the club ventures away from Oregon for four to six weeks of altitude training in beautiful locations such as Park City, Utah, Flagstaff, Ariz., or St. Moritz, Switzerland.

He describes training with coach Jerry Schumacher and the team at Bowerman Track Club as a great environment.

“There is a real cohesiveness and sense of team in a sport that is very individual,” Ahmed said. “Having motivated and hardworking teammates that are striving for the same things you are makes the difficult task of training easier and
more importantly an enjoyable pursuit. ”

Ahmed is presently clearing his mind, resting up and recharging for the coming season which will include the Commonwealth Games in April.

“In a sense, my short- and long-term goals are one and the same: win while I can, which is now and the present.”