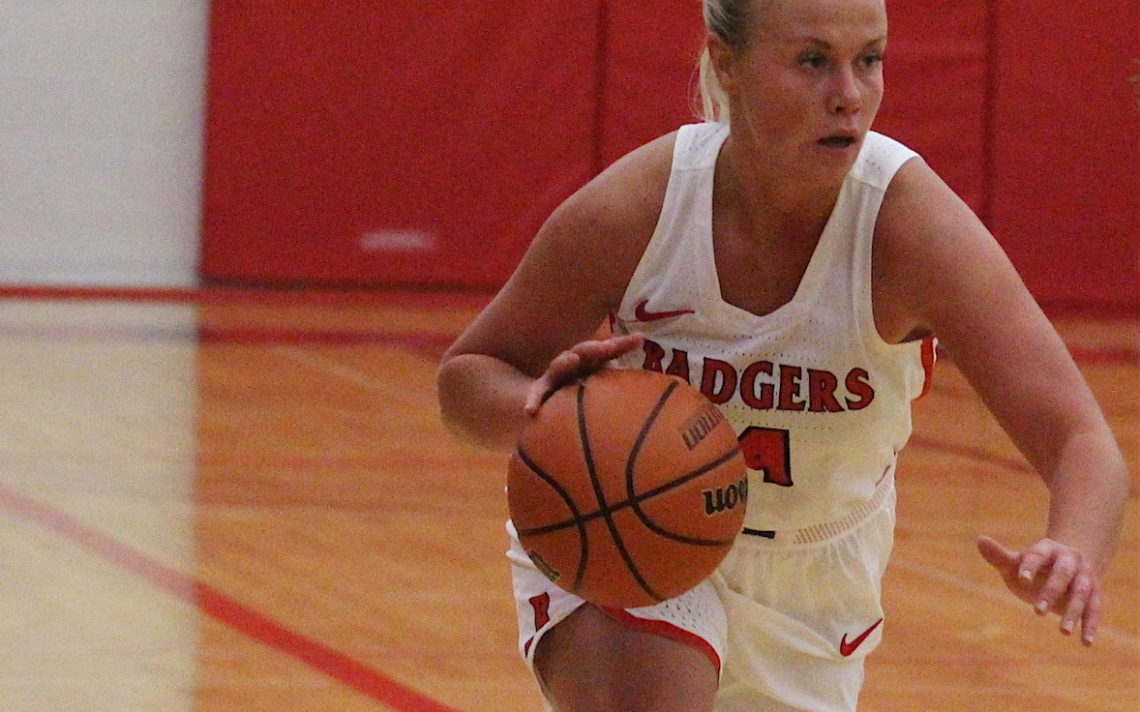 Brooke Murdoch had 19 points and seven rebounds to lead the Brock women’s basketball team to a 65-60 victory Saturday over the visiting Laurier Golden Hawks. Photo by BERNIE PUCHALSKI

It wasn’t pretty but the Brock men’s basketball team improved to 2-0 in Ontario University Athletics play Saturday with an 80-70 triumph over the visiting Laurier Golden Hawks.

“It was really sloppy, but one of the signs that we are pretty good is that we didn’t shoot the ball well — we were 3-15 from the three — but we were able to get to the free-throw line 34 times,” Brock head coach Charles Kissi said. “That’s a good sign when you’re not shooting it well and you can compensate in other areas.”

Kissi felt his team did a lot of good things, including answering a few good runs by the Golden Hawks.

“We didn’t panic or fold,” he said. “We came back and figured it out. There’s a lot of positive things that will allow us to be successful in February and March.”

Two games into the season, Kissi sees a need for his team to rebound the ball more effectively and communicate better on defence.

There’s plenty that he likes.

“I like that we are being aggressive and getting to the free-throw line, I like that we’re sharing the ball — we are averaging almost 20 assists per game which is very unusual for our team — and we just have to continue being consistent.”

Brock now heads out on a five-game road trip where it hopes to avoid last season’s struggles.

No team can be taken lightly.

“We know we’re one of the teams getting everybody’s best all the time, so we have to play well,” Kissi said.

“I was worried about a hangover from Wednesday’s win,” MacSporran said.

The second-year coach need not have worried as her team pushed its OUA regular-season record to 2-0 following a 65-60 victory over visiting Laurier.

“They (Badgers) came out hard and hit first which is what we wanted,” she said. “It forced Laurier to play its zone because of our execution in our offensive sets and our ability to score inside.”

“We have yet to play much against a zone, but we managed to get good looks.”

Leading the way for Brock were its dynamic duo of Niagara College transfers.

“She (Gallant) is so fast and gets up the court in a hurry,” MacSporran said. “She did an amazing job for us, stepping up with Ana (Caldeira Rua) in foul trouble. She is going to have an amazing season.”

“It was another overall team win; we had 22 assists and we out-rebounded them 53-40,” MacSporran said. “We need to continue to focus on our turnovers, controlling our tempo and tone and finding joy in the game.

“We play well together as a group when we do that.”

Brock starts a five-game road trip with games Friday at York and Saturday at Queen’s.