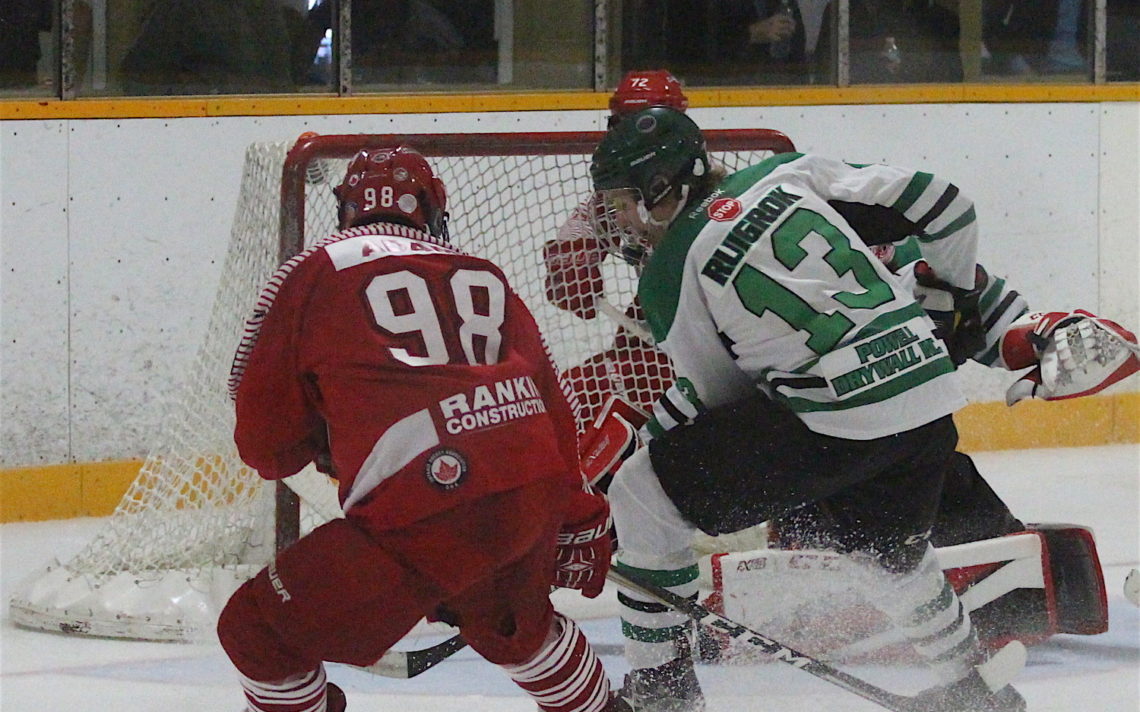 Less than 48 hours after knocking off the Caledonia Corvairs to move into first place, the St. Catharines Falcons took a step backwards Sunday afternoon.

The Falcons permitted three goals in the third period as they dropped a 5-3 decision to the Pelham Panthers in a Greater Ontario Junior Hockey League, Golden Horseshoe Conference game at the Pelham Arena.

The Falcons, who came into the game with a 12-4-0-2 mark, have now dropped five games this season in regulation time, two to the upstart Panthers.

“We did exactly what we wanted to in the first and second, then got way too undisciplined in the third and handed the game over,” Falcons coach Dan Fitzpatrick said. “We need to be smarter and way less selfish if we want to be successful.

“Letting that game get away is very disappointing.”

Lucas Smilsky scored the lone goal of the first as the Falcons outshot the Panthers 13-4.

The teams then traded four goals in the second with Smilsky netting his second of the game while Carson Eden also scored for the Falcons. Matt Ruigrock and Brenden Bouvier replied for Pelham.

The Panthers took over in the third scoring three goals by Ruigrok, Anthony Gigliotti and Francesco Gigliotti. Two of the goals came on the power play.

Nicholas Kidd made 26 saves in goal for the win. Riley Eberhardt made 15 saves and took the loss.

Eric Dhillon picked up the win in net.

The Caledonia Corvairs jumped out to a 3-0 lead in the first period en route to a shutout win over the visiting Blackhawks at the Haldimand Centre.

Pierce Charlson made 16 saves for the shutout.

The visiting Panthers fired 50 shots at Charles Grimard as the Panthers defeated the Junior Canadians.

Matt Masotti and Garrett Jennings scored for the Meteors.