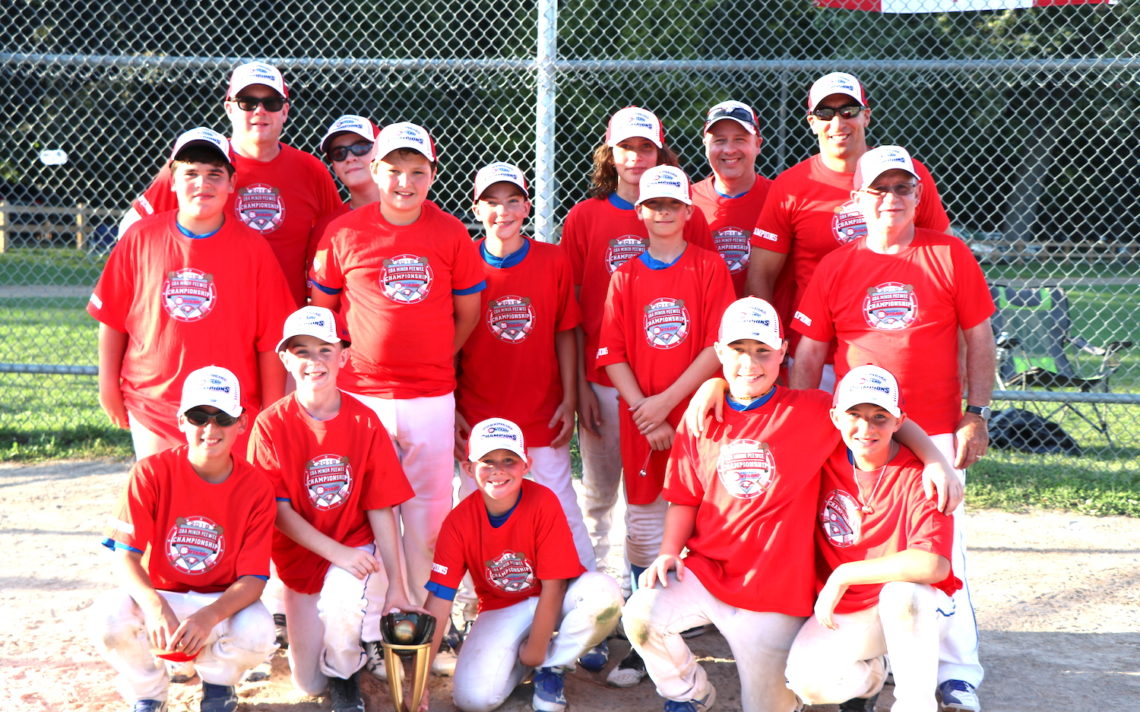 The Welland Minor Peewee Mustangs are tops in Ontario after capturing the Ontario Baseball Association (OBA) B Championship in Halton Hills.

The Mustangs pulled off an impressive come-from-behind win in the final, defeating the Leamington Lakers 10-7.

It took five wins in six games to win the championship, held Aug. 31 to Sept. 2.

The Mustangs opened up the tournament Friday night with a 4-2 victory over Waterdown. Saturday morning saw an impressive 16-4 win over Port Lambton, and on Saturday afternoon, the Mustangs fell to Northumberland 7-3.

With a 2-1 record, the Mustangs advanced to Sunday, opening up with a 14-4 win over Ingersoll. The semifinal was a rematch with Northumberland, with the Mustangs coming out on top 14-3.

“The coaching staff was very proud of what we saw this weekend and all season long – every player contributed in his own way, and that’s what it takes to win championships,” head coach Steve Desroches said.

The championship caps off a successful year for the Mustangs, who also won the 12 U Evans Youth Annual Boys Classic in Angola, N.Y., in July; advanced to the semifinal of the Dorchester peewee tournament in June; and just last week were finalists in the Thorold peewee tournament. In league play, the Mustangs won the championship for the B Division.

The Niagara Tigers boys travel basketball program is holding open tryouts for Grades 10 to 12 (12B if born after September) students for the 2018/2019 season.

The Tigers program is geared towards bringing together the very best players at each age group from across Niagara and focuses on player development consisting of high level training, and a highly competitive playing schedule.

The Grade 10 through 12 teams will play in two events on the Adidas Silver Gauntlet in April, the CYBL or Signature leagues in May/June, and the CNIT in July. Tryouts will be held Saturday, Sept. 15 and Sunday, Sept. 16.

The Tigers are planning on building on a great initial year where many of the players made great strides in terms of personal development and all of the teams were able to post a very respectable win loss record against very strong competition from across Canada and the United States.

Those planning on attending the tryouts for the Grade 10,11, and 12 teams are asked to send an email to patrick.sullivan@ncdsb.com with their grade, birth date, and school/club as soon as possible.