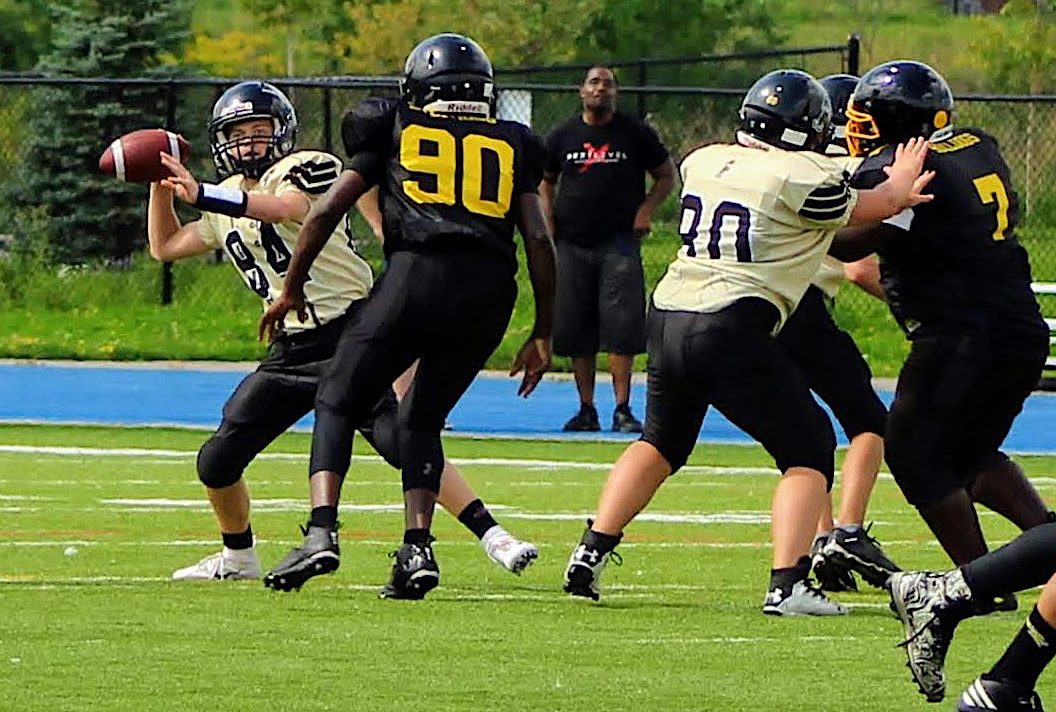 The Niagara Generals Tier 1 bantam football team evened its Ontario Football League record at 1-1 with a 35-12 road victory over the Brampton Bulldogs. 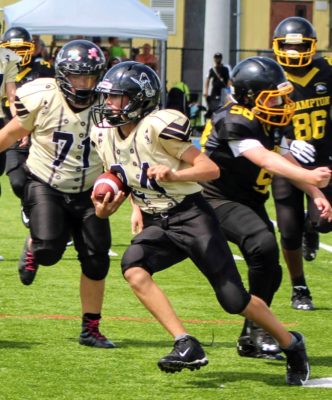 Niagara opened with a 20-14 loss to Durham. Nick Longo had a TD and a two-point convert for the Generals and Stewart added a major.

Next up for the bantams is a home game Saturday at 5 p.m. at Kiwanis Field versus Cambridge.

The Niagara Generals Tier 2 bantam football team saw its record even at 1-1 following a 48-0 loss to the Vaughan Rebels.

Ben Maglicic and Cameron Newbold were outstanding on offence for Niagara and the defence was led by Joey Dilse and Wyatt Brown. 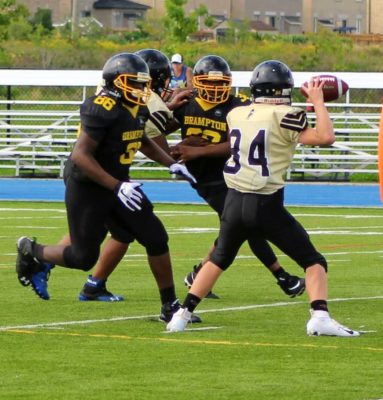 The Generals opened league play with a 12-2 triumph over the visiting TNT Express.

“Our Generals defence played outstanding and played as a solid unit, stopping the TNT Express larger offensive line and running backs to keep them out of the end zone, including two occasions inside our red zone,” Niagara head coach Jim Storin said.

Niagara’s defence gave up only one play over 10 yards.

Next up for Niagara is a Saturday 2:30 p.m. home game at Kiwanis Field versus Burlington White.

The Niagara Generals peewee football team opened its season with a 6-0 shutout of Durham followed by a 51-0 loss to the Hamilton Junior Tiger-Cats.

The Niagara Generals atom football team improved to 2-0 in league play with a 61-0 romp over the Hamilton Junior Tiger-Cats.

Niagara opened the season with a 42-25 win over the Durham Dolphins.

The atoms host Cambridge Saturday at Kiwanis Field at 9 a.m.