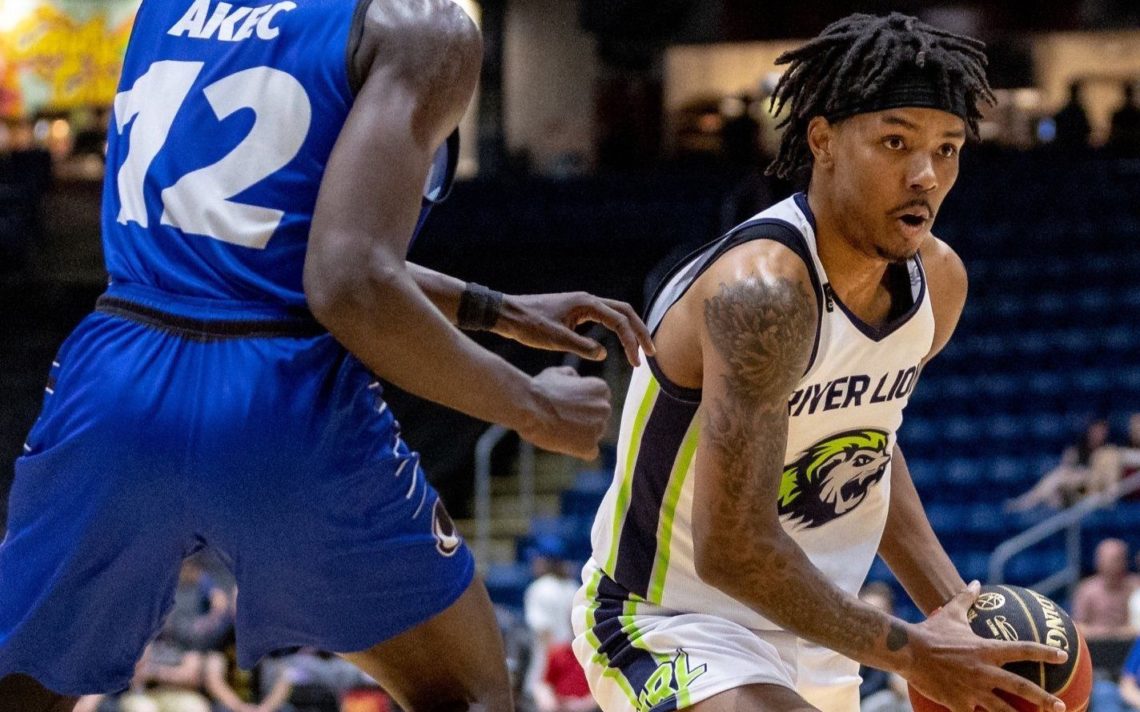 The River Lions defeated the Guelph Nighthawks 95-84 on Tuesday night to improve to 2-1 while the Nighthawks fell to 1-1.

The River Lions were led once again by Khalil Ahmad with 33 points, six assists and four rebounds. In three games, 6-foot-4 shooting guard from Corona, Calif., is averaging 29 points per game.

“He played really well and he got double teams pretty much the entire second half,” Niagara head coach and co-GM Victor Raso said. “I never had a player that teams need to double as soon as he crosses half and they were doing that. They were trying to keep the ball out of his hands. They made life tough on him but Khalil made really good decisions.”

And while Raso loves Ahmad’s scoring exploits, he doesn’t always enjoy how it is happening.

“We get into a bit of a rut right now which isn’t good where we allow him to do his thing and it’s not ideal. We kind of want that in the second half and at the end of games but over the course of the game we need to get a little better flow on offence and we all recognize that.”

Raso is pleased with his team’s 2-1 record but knows his team can be better.

“I am little conflicted because I know we have had a pretty tough road trip to start the year going out west and then coming home and having to go to Guelph while still not having played in front of our fans,” he said. “I know how hard the guys have been working and I am happy with their effort and I am never going to complain about a win. On the other hand, I thought we didn’t play very well and that feeling is mutual within our group.”

Niagara is lacking consistency in its play.

“We didn’t start the (Guelph) game the way we needed to and I don’t think that we were on the same page offensively,” he said. “I am only saying that because I think our team can be really, really good and the guys in the room know that too. We have shown that when we are locked in and energized we are pretty good. Sometimes we lose focus and organization and I wasn’t happy with that part of it last night.”

Guelph was led by Cat Banner with 29 points and AJ Lawson with 15 points.

Niagara’s lineup will be bolstered Friday night with the return of Phil Scrubb. Scrubb started practising with the team on Monday and was on the bench but not dressed in Guelph Tuesday night.

Raso is thrilled to welcome Scrubb back.

“Phil is everything we want in a professional basketball player. He is a consummate pro,” he said. “We had a day off today and him and Khalil were in here at 7:30 in the morning. He is a great decision-maker and I’m excited he is in our group and that the fans will get to see him in the first home game. It is a nice piece to carry over from last year.”