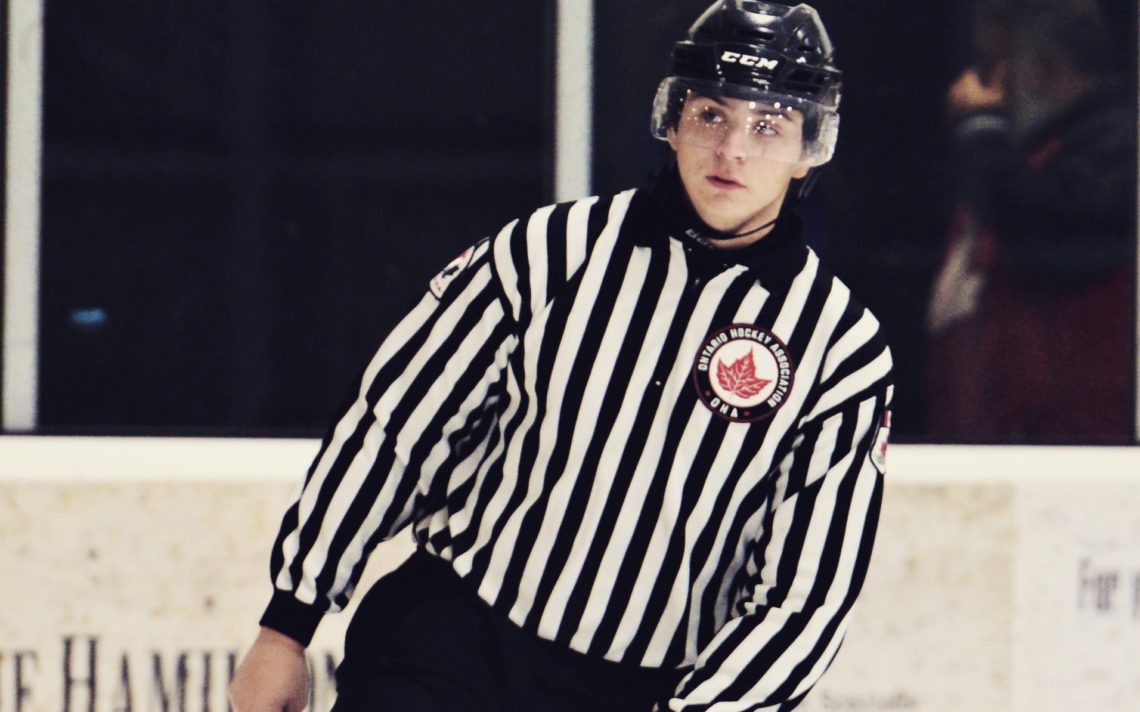 A passion for pinstripes

Matt Ceko grew up playing hockey and was good enough to advance to the junior B level where he suited up for both the Thorold Blackhawks and Port Colborne Pirates.

But even as a child, Ceko loved another aspect of the sport, maybe even more than playing.

“I always wanted to be an official,” the 23-year-old St. Catharines native said. “When I was younger and we had mini sticks games as kids and when we would play outside I would love playing, but I loved officiating too.” 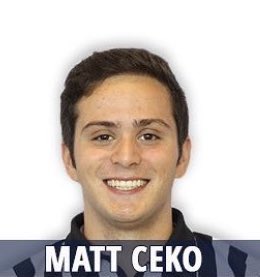 Ceko took his passion for officiating to the next level when he completed a Level 1 course and began doing minor hockey games.

“When I was 15 I needed a job and I thought it beat working at McDonald’s or any of these places,” he said. “It was 20 or 22 bucks an hour for skating and reffing a hockey game.”

Ceko immediately knew he made the right call.

“I was doing house league and a bunch of games on the weekend. I remember just loving it and it became a passion of mine,” he recalled. “I remember doing all the NHL signals when I started and they would say, ‘This is the OMHA buddy, cool your jets!’ ”

Ceko, who graduated from Holy Cross, continued to officiate even as he played AAA with the Niagara Falls Rivermen and then into his time in the Golden Horseshoe.

He was enjoying doing both but suffered two concussions while playing for the Blackhawks, which forced him into an early retirement from playing.

He called current Greater Ontario Junior Hockey League director of safety Craig Spada, a Fort Erie resident who was doing pro games, to help him with his next steps.

“Craig got me hooked up with the OHA (Ontario Hockey Association) and he went to see me at a Stratford Program of Excellence and I got an email later saying I hired to the OHA,” Ceko said.

But Ceko’s rise was not without its setbacks.

“I went to OHL camp when I was 19-20 and got cut both years and that was really heartbreaking, but I never really gave up,” he said. “I just kept pushing and kept doing my thing.”

Ceko continued to do games at the OHA and Ontario University Athletics level and then caught a break when he was working a Cherry Cup final game in Elmira.

“An NHL scout came and I had a good game and got invited back to NHL camp,” Ceko said.

Ceko then went to Calgary that summer for a Hockey Canada Program of Excellence camp and impressed enough to be given assignments at the AHL level.

Ceko admitted it was a bit of culture shock after working mostly junior games.

“That’s when the development really started. I was 21 and dealing with pro coaches who were 31 plus years (in hockey) and they could really smell my prepubescent blood,” he laughed.

Ceko, who is employed by Meridian Credit Union in Virgil, has high hopes of continuing to rise up the ranks.

He was recently assigned to he 2021 IIHF World Junior Championship, set for December in Edmonton, and would love someday to do National Hockey League games.

“It’s always the goal to get to the highest level possible,” he said.

He feels he has an advantage being a former player.

“It helps 100 per cent,” he said. “I remembered how I played. I was a playmaker/grinder so I think my play style really helped me reffing because I knew where things were going to be on the ice and I knew how players would react to certain things.”