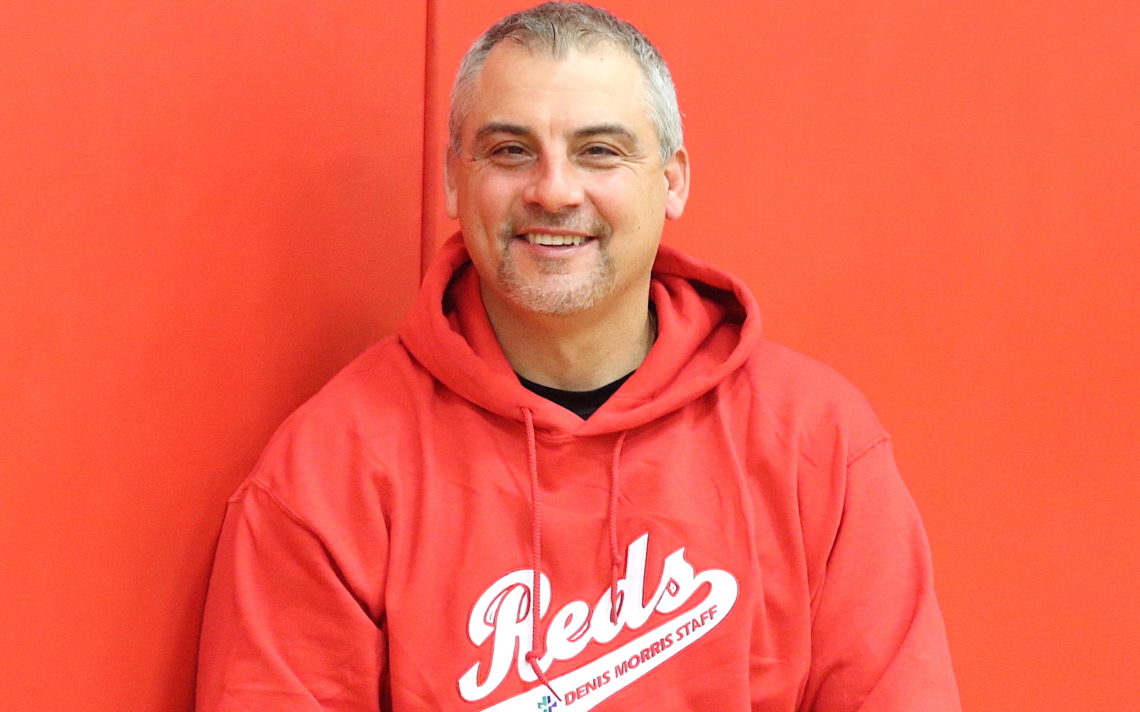 More than a decade after he passed away, Daryl Mahler continues to inspire and motivate Andy Cecchini.

Mahler was the phys-ed head when Cecchini started his teaching and coaching career at Denis Morris in 1992 and continued to mentor him when Cecchini was at Blessed Trinity and when he returned to the St. Catharines high school in 2008.

“If I think back to my best moments, his face pops into my mind,” Cecchini said. “He inspired me as a teacher, coach and person to give back to kids and to our community. He was, by far, the biggest influence on my life.”

He clearly recalls the last time he spoke to the influential and well-loved teacher and coach.

“I was going off to a cheerleading competition with our DM kids and he said, ‘Go get them.’ He was positive and always supportive. I don’t do it for Daryl but he inspires me to continue to push hard to keep kids involved.”

If not for the COVID-19 pandemic, Cecchini would be looking back at his 12th season as the head coach of the Reds junior football team and looking forward to the badminton and track and field seasons. He would also be involved in sports governance. He has been president of the Southern Ontario Secondary Schools Association two or three times and has been on the SOSSA board of directors for the past 15 years. 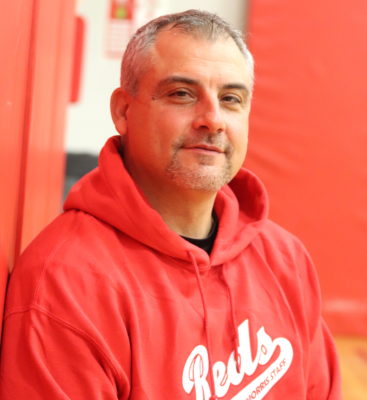 “I love teaching and I have been blessed to be able to do it but with coaching, I feel that you get to be with the kids at another level and you get to help them as human beings,” the 52-year-old Thorold native said. “We get that opportunity as teachers inside the classroom but when you are on the field, I think we can teach them a lot more about life, skills, development, character and morals than you can in a classroom.”

Cecchini has never strayed from his main coaching philosophy.

“My guiding principle is to play like a champion and I have used that since I started coaching. That was instilled in me at Laurier and it’s a great philosophy that Catholic schools go by. It’s not only teaching sport and athletes but it’s teaching morals, life skills, how to be a champion on and off the court and live your life in a certain way.”

Cecchini is confident high school sports will continue to prosper once the pandemic is over.

“Clubs sports are having a big role in how high school sports are playing out right now but I think there is a place for both,” he said. “It gives an opportunity for different types of student athletes to participate and I am for that.”

The one constant with high school sports will be evolution.

“They have changed and morphed over the years but it still about inclusion and we have a broad base of student athletes that come to our school now. We accommodate far them better now than we used to.”

Like all of his coaching colleagues at the high school level, Cecchini’s free time hasn’t increased because of the cancellation of school sports.

“With the way the school system is set up right now because of COVID, all my time is going into teaching now,” he said. “I teach all day and then I am marking, calling parents and doing all those extra duties that you can’t fit in during the day.”

In a normal year, Cecchini would end his coaching day at Denis Morris by going to coach at Scorpions Niagara Cheerleading. He started the all-star cheerleading program 20 years ago and there’s normally about 200 athletes in the program.

“It keeps me busy. I always wanted to give back to my school so I do that until 5 or whenever. After that, I go to the club so I am a pretty busy guy.”

Cecchini was also a pretty busy guy growing up. He played junior B hockey for the Thorold Blackhawks, rowed for the St. Catharines Rowing Club and won five straight senior football championships with the Denis Morris Reds.

“I was like every other Canadian kid wanting to play in the NHL and then Red Ferracuti got me involved in football when I got here. Then I just started to love football more than hockey.”

He had scholarship interest in rowing, hockey and football before deciding on the gridiron.

“I chose football because I felt that it was my strongest sport.”

Cecchini went on to play football at Laurier and won the Vanier Cup in 1991. He was named the game MVP after scoring three touchdowns and rushing for 130 yards on 22 carries.

“Laurier was a passing team most of the season but began to run the ball more down the stretch,” he said. “I got kind of lucky with how it worked out that year.” 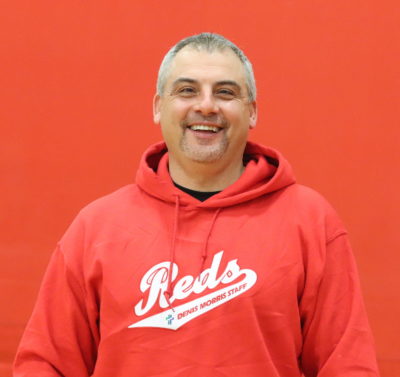 In his first season at Laurier in 1987, he was the Ontario University Athletics rookie of the year, a first team OUA All-star and a Second Team All-Canadian as the Golden Hawks won the Ontario title. The 1991 team MVP was inducted into Laurier sports hall of fame in 1996.

“It just didn’t pan out for me. It wasn’t a good fit and I had been accepted into teachers college. I didn’t get cut but I didn’t have a good feeling when I was there and teaching is what I wanted to do.”

He ended up going to teachers college at Nipissing in North Bay.

“I always wanted to be a phys-ed teacher. I saw Red and Ed Siuciak — both coached me when I was here — and I loved what they did. I loved phys-ed and I loved playing sports.”

Cecchini spent just one year at Denis Morris before being asked to go teach phys-ed at newly opened Blessed Trinity in Grimsby. He was the only phys-ed teacher at the school when it opened so it fell on him to coach everything, including track, rowing, badminton, wrestling, cheerleading and cross country. He teamed with Dave Howe to coach the senior football team at BT from 1996 until 2008.

He returned to Denis Morris in the fall of 2008 where he has been the head of physical education for the past 12 years.

In his first year back, he asked Mahler if he could coach the junior program and he has been head coach ever since.

“Senior is tough and I found it very difficult. There’s a lot of pressure, you get pulled in a lot of different directions and I felt that I wanted to work with some of the younger athletes,” he said. “I don’t want to say I would never coach senior again but I like the younger kids. I like seeing the progression and I love the energy and enthusiasm of the 9s and 10s.”