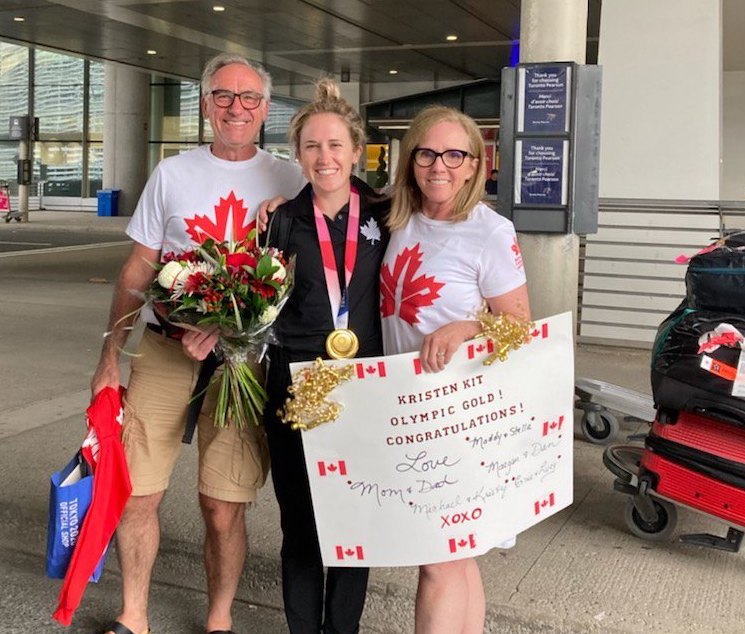 2021 co-athlete of the year Kit honours her roots

Kristen Kit’s acceptance speech for being the co-winner of the 2021 St. Catharines Athlete of the Year Award along with Mohammed Ahmed was all about thanking those who made her Olympic gold medal in the women’s eight a reality.

The 33-year-old St. Catharines native, who is at the national rowing training centre in Victoria, joined Monday’s presentation via Zoom.

The latter holds a special place in Kit’s heart.

Kit described herself as a normal person and her family as normal too.

“The St. Catharines community 100 per cent put me on this path I never could have dreamed, not in a million years. That is pretty special.”

She also expressed gratitude for the award because her grandfather, John Kit, was a teacher at Sir Winston Churchill and he was one of the teacher advisors who helped start the rowing program.

“This award helps make me feel connected to him still. He is no longer with us obviously, but he believed in me and he was proud of the St. Catharines community and the Sir Winston Churchill community.”

“Kristen is an exceptional athlete and an exceptional human being who has represented the city of St. Catharines and our country so well over the years,” she said. “Kristen always leads by example and inspires our next generation to be the best role models they can possibly be regardless of what sport they are in or what journey they are on.”

The Olympic gold in the women’s eight was the first for Canada since 1992.

“Every time I made a call, they responded with their legs but also their hearts and it was that patient boat persistence that I was celebrating with the women,” she said.

The crew was confident it could succeed despite finishing second to New Zealand in their heat and second to the Romanians in the repechage.

“We were leading coming into the last 500 and we got rowed through in both races. We had a little bit of fire in us because we were mad. We don’t want to get rowed through and we are not a crew that gets rowed through. There was quite a bit of feistiness but we were confident,” Kit said.

Editor’s note: Story on Mohammed Ahmed will be on site tomorrow.