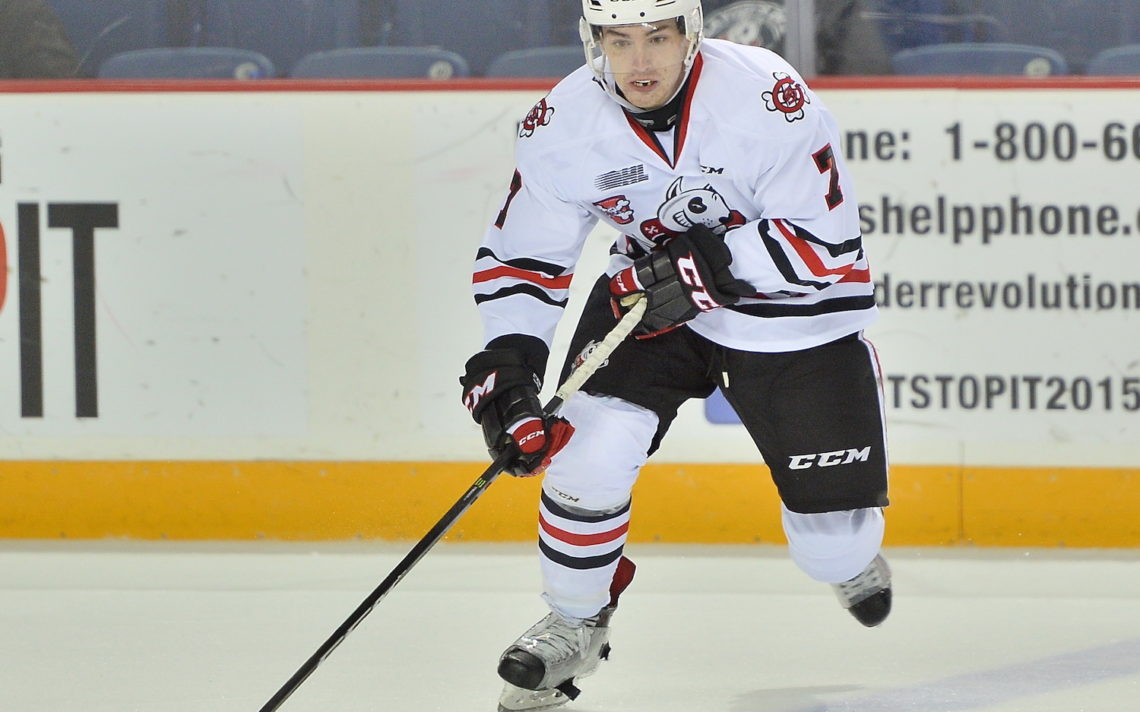 The Niagara IceDogs continued their recent string of inconsistent results Sunday in Mississauga.

After breaking through for six goals at home Friday in a win over the North Bay Battalion, the IceDogs dropped a 3-1 decision to the Mississauga Steelheads in an Ontario Hockey League game at the Hershey Centre.

IceDogs coach Billy Burke took no issue with Sunday’s effort, despite the outcome.

“We had opportunities to score goals and guys just couldn’t find the back of the net,” he said. “We can get mad at the guys for a lot of things, but we can’t get mad if they fan on a shot in a good spot or miss a net, because obviously they want to score.”

Burke said the IceDogs just have to continue to bear down and work on their offence in practices.

“It doesn’t come as naturally to us and I thought, we still have guys in the right spots and doing the right things. I’m very confident that eventually these pucks are going to start to go in and then we’ll put together a little bit of a win streak.”

It didn’t help Niagara’s cause that it was a penalty-filled game — the IceDogs went 1-for-12 with the man advantage and the Steelheads were worse at 1-for-14. The third period was played at full strength for only 45 seconds.

“It was frustrating,” Burke said. “We’re not blaming the refs, because both teams had a lot of penalties called on them. You try to use your bench — we’re at our best we we can use everybody — but you have multiple four-on-fours and power plays and penalty kills and it kills any rhythm.”

The Steelheads opened the scoring with just over a minute to play in the first period when Florida Panthers prospect Owen Tippett pounced on a rebound for his third of the season.

“I thought we had a great first period, and we had three chances on one shift to get the puck out of our end and we didn’t and their top line capitalized,” Burke said. “It’s a matter of time, if you can’t clear pucks. It’s a tough lesson, but that’s how you learn.”

In the second, the Steelheads picked up where they left off, scoring less than a minute into the period when Michael McLeod netted a power-play marker. The IceDogs were shorthanded after newcomer Adrian Carbonara was assessed a major penalty for a check to the head just 34 seconds into the period.

The IceDogs finally broke through when Kirill Maksimov fired home his team-leading 12th of the season with the man advantage at the 5:33 mark. Later in the period, Niagara lost Kyle Langdon when he was ejected for a check to the head penalty.

Colton Incze got the start in goal for Niagara and had a solid showing with 25 saves.

The IceDogs are in Owen Sound Wednesday, then home to Ottawa Friday and Mississauga Saturday.