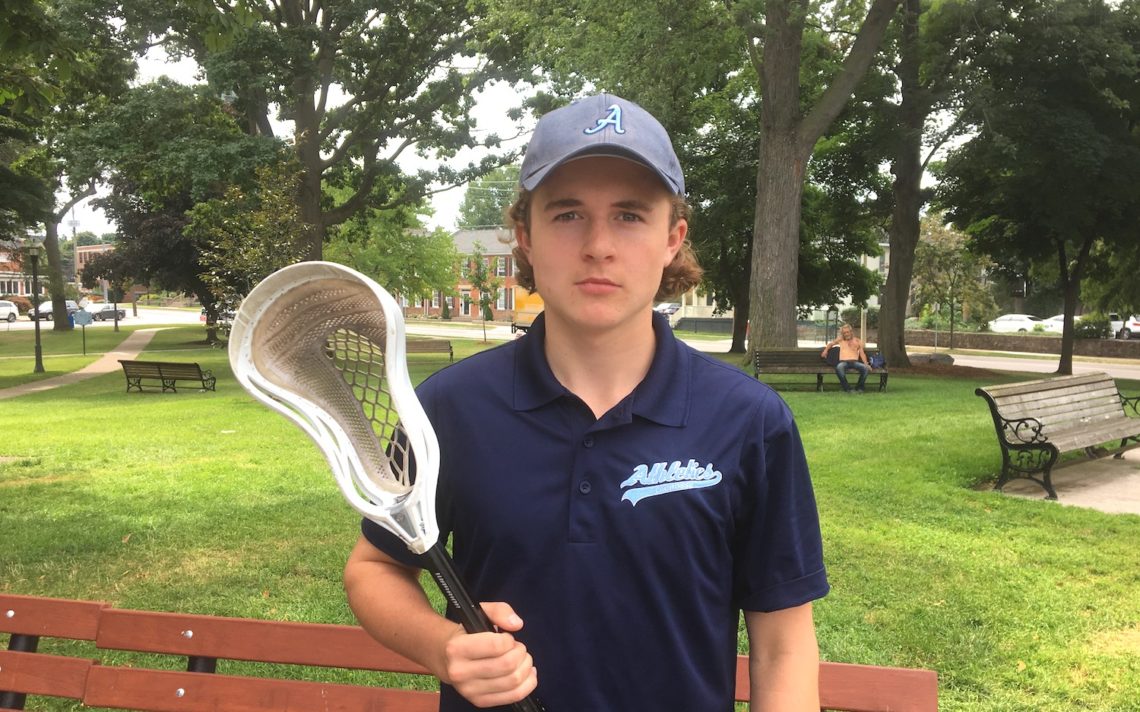 Zavitz lives up to his name

The 14-year-old Sir Winston Churchill student is the younger brother of Carter Zavitz, one the top junior A lacrosse players in the country with the St. Catharines Athletics and a standout field lacrosse player at Princeton.

And if that wasn’t enough to live up to, his father, Todd Zavitz, is the Golden Horseshoe Junior B Hockey League’s all-time top scorer and former St. Catharines Falcons superstar.

But Keaton has begun to carve out some impressive accomplishments of his own, including being named first team all-star and most valuable player as the St. Catharines Athletics captured the bantam A provincial championship recently.

“I did well. It was one of the best tournaments I’ve had,” he understated. “My role is to be the most standout player and make everybody around me a better player

“I’m on power play and penalty kill. That’s where my strengths are.”

The Athletics topped Oakville to win the title which capped off a superb season in which they compiled a 28–53 record under head coach Bob Fisher. They also won the zone 9 championship and a tournament in Mimico.

“We started the season and we were OK, and then we started to build as a team and got better and better,” Zavitz said.

The A’s dropped their first game at the provincials, which Zavitz admitted was a shock.

“Right at the start, when we got there, we thought we were going to win and then we lost that first game. It was a bit of an eye-opener,” he said. “The final six teams were all so even. To get into the gold medal game, it was so tight.”

Zavitz said the A’s performed well under the spotlight.

“I think our team is better when we need to win. That’s when we get going.”

Keaton says he is fortunate to have a great support system around him.

“I have a lot of help along the way. (My brother) has taught me everything, where to shoot, where to score. My dad has been on my since I was five about where to score and my mom supports me a lot as well.”

Dad never played lacrosse — he spent the summers at the ballpark —but realized some of the same principals of scoring goal on the ice translated to the lacrosse floor.

“It’s funny. I don’t think I say too much to them, but the one thing I tell them is I do know how to score goals,” Todd Zavitz said. “I don’t know how to score lacrosse goals, but this is where you have to shoot the ball. I see it in certain circumstances or depending on the goalie.”

A bit of advice from dad at the provincials paid off big time.

“He was struggling before the qualifiers and after game one or two, we just made it a little more simple and go back to what got you there,” Todd said. “He listens well. I think that’s how he’s improved as player. It’s not just me or him, he’s constantly working on things. “He’s had a stick in his hand since he was basically one.”

Zavitz has already traded his lacrosse stick in for his skates. He’s a forward on the Niagara North Stars under coach and former Thorold Blackhawk David Cullen.

He realizes at some point in the near future he may have to make a choice between the two sports.

“It’s stressful. I don’t know what to choose. I like lacrosse a lot. I like hockey a lot,” he said.

“I think lacrosse is my better choice, but I come from a family of hockey so I’ll see where it takes me.”

Dad said there is still time to make a decision.

“A lot of successful professional athletes are dual sport athletes. I think (we can wait) until minor midget and see where they play out and then make a decision.”