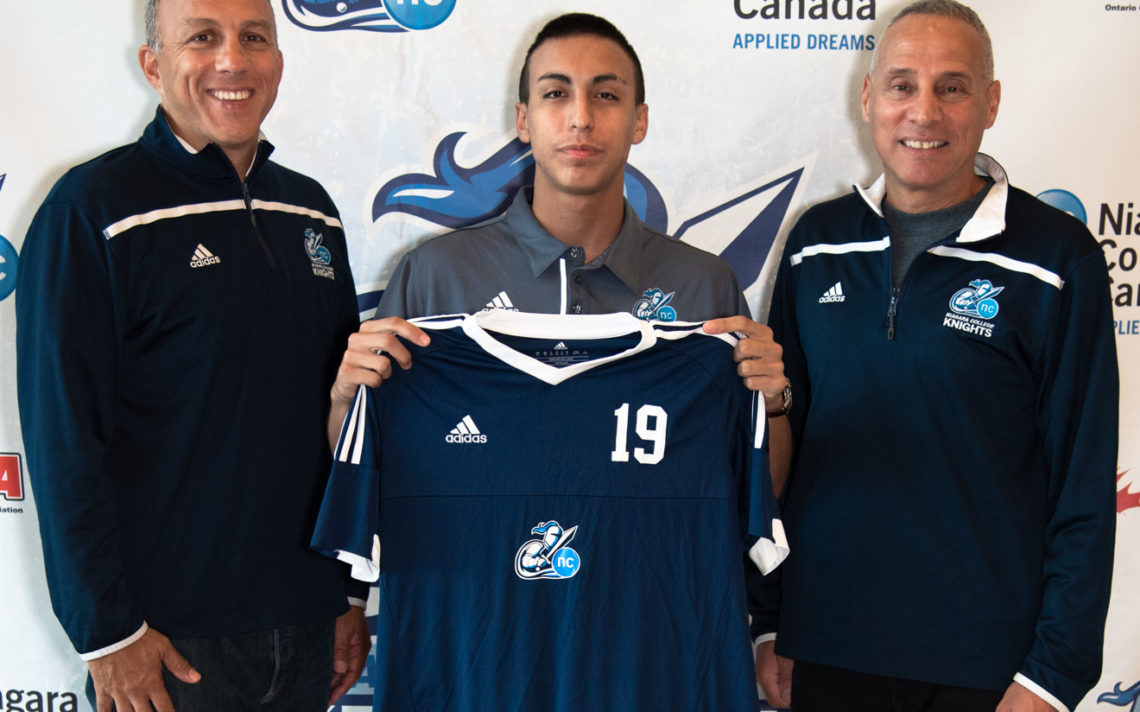 “Rino (Berardi) and I have been in contact with Oti for two years. His skill level and what he will bring to our program will be well documented during this season,” Knights men’s soccer head coach Frank DeChellis. “We love his enthusiasm and his desire to play soccer anytime, anywhere, and with anyone.  He just loves playing.

“For us, we are excited about helping Oti make the full transition to a competitive adult player who uses his resources effectively and efficiently.”

Frigole is a two-time most valuable player of the Niagara Region Soccer Showcase hosted annually by Niagara College. The talented and 5-foot-9 striker has the potential to be an offensive catalyst for the Knights in the coming seasons.

“I have been around soccer for almost 50 years and I haven’t seen a young player with as much skill in their feet as Oti,” said James McGillivray, Frigole’s coach with Club Italia. “When Oti matches his game intensity to his skill level for 90 minutes, he could be unstoppable.”

Frigole finished the OSL U21 season with 16 goals in 11 games. He was a driving force in helping lift Club Italia to an Ontario Cup final appearance.

“I chose Niagara College because of their great social service program,” Frigole said. “I also came to win games and hopefully have a chance at winning a championship.”

The Knights men’s soccer program is coming off back-to-back fourth-place finishes at the Ontario Colleges Athletic Association Championship. The team returns a talented roster for 2018 and is hopeful for another deep run into the post-season.

“Rino’s brainchild, our annual Niagara Regional Soccer Showcase, continues to strengthen this wonderful bridge we have built with high school soccer in Niagara” continued DeChellis. “As a former Showcase game MVP, Oti is another example of the success of the outreach we have been engaged in.”

Frigole will officially make his debut with the Knights men’s soccer program on August 15 when training camp opens at Youngs SportsPlex in Welland. The Knights will kick off their 2018 season on September 8 when the team hosts the Mohawk Mountaineers at 4 p.m.