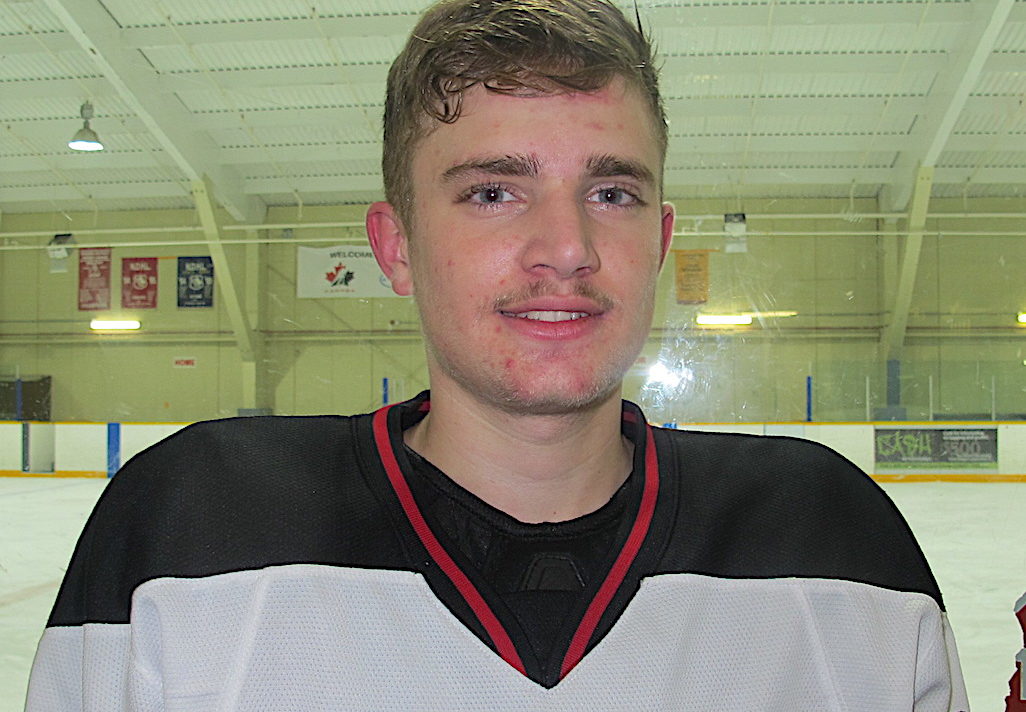 Zach of all trades

Zach Morningstar checks off all the boxes for the Governor Simcoe Redcoats.

The 17-year-old, Grade 12 student has developed into one of the Redcoats most reliable and consistent all around players.

Morningstar was front and centre of Simcoe’s offence Thursday, scoring two goals and assisting on three others, as the Redcoats defeated the E.L. Crossley Cyclone 10-4 in a Niagara District High School Athletic Association boys hockey game at Rex Stimers Arena.

Morningstar has made it a point to do more than just put up points for the Redcoats.

“I just want to be a leader and a role model for the guys,” he said. “I want to set a good, positive example for the young guys.”

Morningstar is in his fourth year of playing for the school while also suiting up for St. Catharines Falcons midget AA squad.

“It’s to be able to get the extra ice time and develop so I can be better at all aspects of my game,” he said.

Curiously, Morningstar said he’s more of a sniper at the midget AA level than he is in high school.

“I play on the wing (in midget) and I’m more of a goal scorer, but here I have to be a leader. I just play my role on my other team.”

Morningstar admits there is a difference in the level of play.

“High school tends to be a lot slower,” he said. “It tends to be more of a team-based game. It’s not all about one guy. You have to work as a team in high school to win the game.”

Morningstar would love to make the jump to junior B next season — he mentioned Pelham, Fort Erie and Thorold as possible destinations — and after that play at the university level.

The Redcoats trailed 4-3 after one against the Cyclone, who had only eight skaters available. Simcoe took over in the second scoring four goals and then adding three more in the third which was shortened from the usual 15 minutes to 10 minutes.

Owen Leduc had three goals for Crossley while Ryan Minor added a goal and two assists. Sean Johnson and Tyler D’Angelo also added a pair of helpers each.