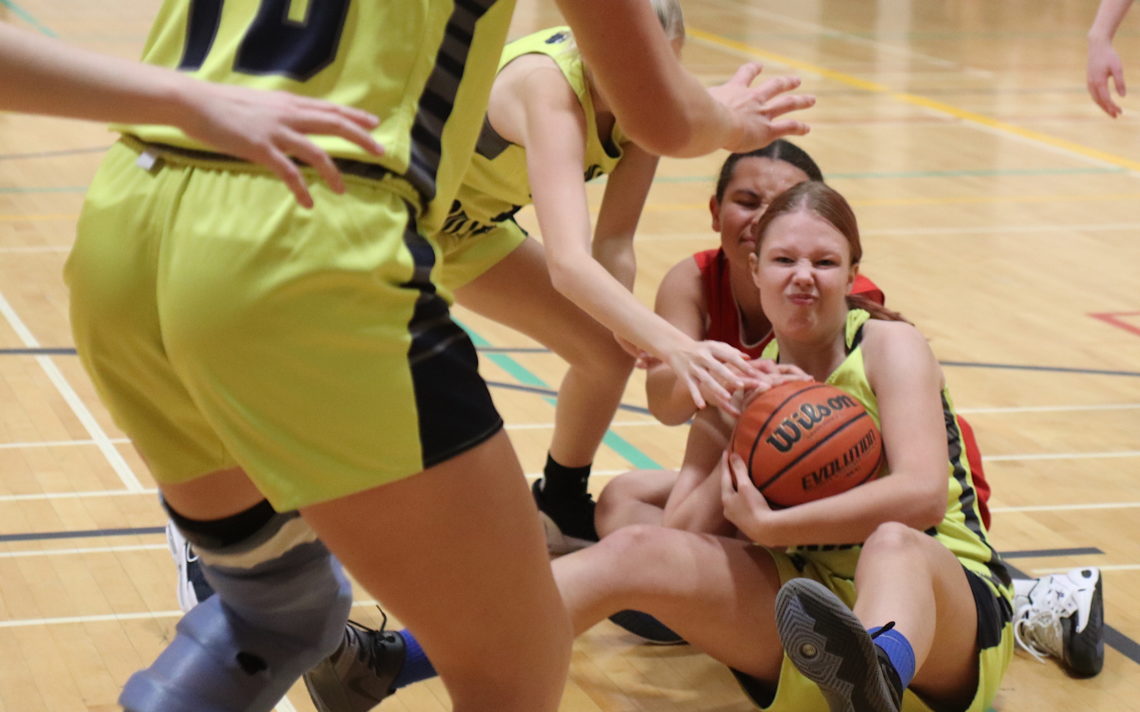 “Yem has brought her game to another level. She has realized that basketball is her passion and is taking it seriously. She wants to play post secondary and she is being looked at by a few universities,” Churchill head coach Frank Keltos said. “I just love what she brings to the table every day.”

What she brings — in addition to a lot of skill — is a degree of physicality that is hard for opponents to match on the court.

“Some people are built thin and skinny but she is built with muscle and she uses it.”

Keltos remembers watching Oladipo when she was in Grade 3.

“Back then, she would cry when she hurt somebody but now she realizes it is part of the game. She is a strong kid and she realizes it’s a bonus if she wants to get to the next level.”

Getting to that next level has become important to the 17-year-old player.

“It is my senior year and it’s a sport that I am very passionate for and I just want to go all in,” the Grade 12 student said. “I know that I have set that goal for myself and I worked really hard this summer. I can see it in my game and I have progressed a lot. It feels good that I am taking it seriously. I was always serious about it but this was my year to take it to the next level.”

She knows her brawn will help her get there.

“I was always a very strong girls growing up and I would always feel bad for hurting kids. But as I grew older and I was in Grade 7 and 8, I knew it would be really beneficial for me to use my strength on the court,” she said. “When I started to use it more and saw how it helped me on the court I decided to use it a lot more. It gets me open and it helps my team a lot.”

Oladipo has already talked to the University of Waterloo but isn’t planning on making any decisions until her Juel season is over.

“It is going to be the environment and academics,” she said, about how she would choose her hoops destination. “I want to see myself thriving in athletics and the program I want.”

With the zone victory, Churchill improved to 21-3 on the season, with two of those losses coming to defending provincial AAA champion Hamilton Cathedral.

“The girls are playing at a really high level right now,” Keltos said. “We came out today and we kept playing at a high level in the first half. We took care of the ball, pushed the ball, we hit shots and we moved the ball. We are doing a lot of good things right now.”

Oladipo likes how the Bulldogs are trending.

“We have gelled really well together. We have all been playing with each other for a long time and we have great team chemistry,” she said. “That is going to help us next week and we also work hard on the court and at practice. We are well set for SOSSA (Southern Ontario Secondary Schools Association championships).

Simcoe coach John Ingribelli knew his team was in tough against the powerhouse Bulldogs.

“I was trying to keep my girls as relaxed as possible. I knew they would be pressing us right from the beginning and I was trying to keep them calm and let them deal with it but they are just too good,” he said. “They have five girls who know how to play basketball and we have two. It’s tough.”

Despite the loss, Ingribelli was pleased with his team’s season.

“We have nothing to be ashamed about because we had a great season. We had goals for the season, We wanted to finish 7-3 or 8-2 and we accomplished that. We wanted to be on the winning (championship) side of every tournament. We didn’t medal but the girls grew and became better as basketball players.”

Ingribelli substituted for Simcoe star Jamie Addy late in the game so the fans could recognize her final game in a Simcoe uniform.

“It has been a great honour to coach her and I love her,” he said. “I really respect her. She has been so good with the girls and the coaching staff.”

Ingribelli thought Addy could help his team make some noise at SOSSA until he heard that Churchill’s drop in school population had moved it to an AA from an AAA program.

Up next: Churchill advances to the SOSSA championships next Thursday at Governor Simcoe.