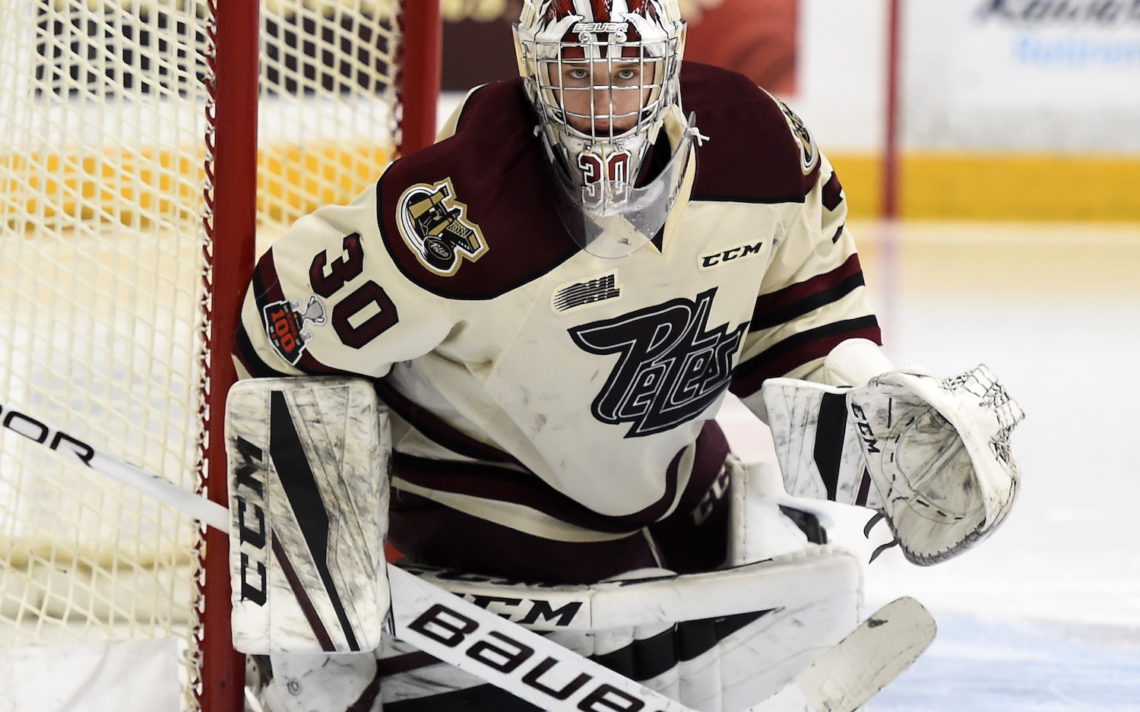 Dylan Wells of the Peterborough Petes is finishing up his OHL career this season. Photo by: OHL IMAGES

The 20-year-old St. Catharines native had high hopes coming into the season, and with good reason.

Wells was coming off his best year with the Petes and over the summer signed a three-year, entry level contract worth up to $2.775 million with the Edmonton Oilers. The former Holy Cross student was a fifth-round pick of the Oilers in 2016.

But with only a handful of games remaining in the regular season, Wells and the Petes have already been eliminated from the playoffs and sit in last place in the East Division with a 22-34-3-2-3 record.

“It’s a huge disappointment potentially being my last year of junior. This isn’t the way I wanted to end my career,” Wells said Sunday at Meridian Centre, after the Petes dropped a 4-2 decision to the Niagara IceDogs. “I was hoping to do something special this year and obviously it really hasn’t gone that way so hopefully we can turn it around and make the most of what’s left.

“It sucked but every team goes through it once in a while. I took strides and you can take positives from any situation.”

“To be honest, I feel good. I made strides in the summer. I did a lot of work with the Edmonton people and I feel my game has definitely improved from last year and last year my game took a big step as well.

“I’m pretty happy with where my game is.”

If there is one area where Wells would like to see himself improve is consistency.

“It’s been a little bit of some ups and downs but I’m pretty happy with my season. Obviously, there’s still a ton I can improve on and when you’re not on a winning team, you can see where your weaknesses are more than when you are on a strong team.

“I’m just trying to get better every day and not worry about stats. I don’t look at my stats at all. It’s a progression. Team-wise, it hasn’t been the best.”

Wells said having his future secured with the Oilers takes the pressure off.

“It (contract) wasn’t really on my mind but I just worked really hard and put my head down and did what I had to do everyday and it was a little bit of a reward for all the hard work,” he said. “It definitely felt good to sign a contract and putting that behind me and moving into this year just wanting to be the best I could be.”

Wells was thrilled to be able to play in front of about 30 family and friends one last time at home.

“Obviously anytime you come into your hometown you want to win and we didn’t do it earlier in the season,” he said. “I’m happy with the way I played.

“It’s real special, especially this year with the way the schedule is I haven’t been home since Christmas, so it’s definitely good to see friends and family and you get a little extra excited. That whole section behind me was friends and family.

“You skate out and every time feels like the first time I came home.”