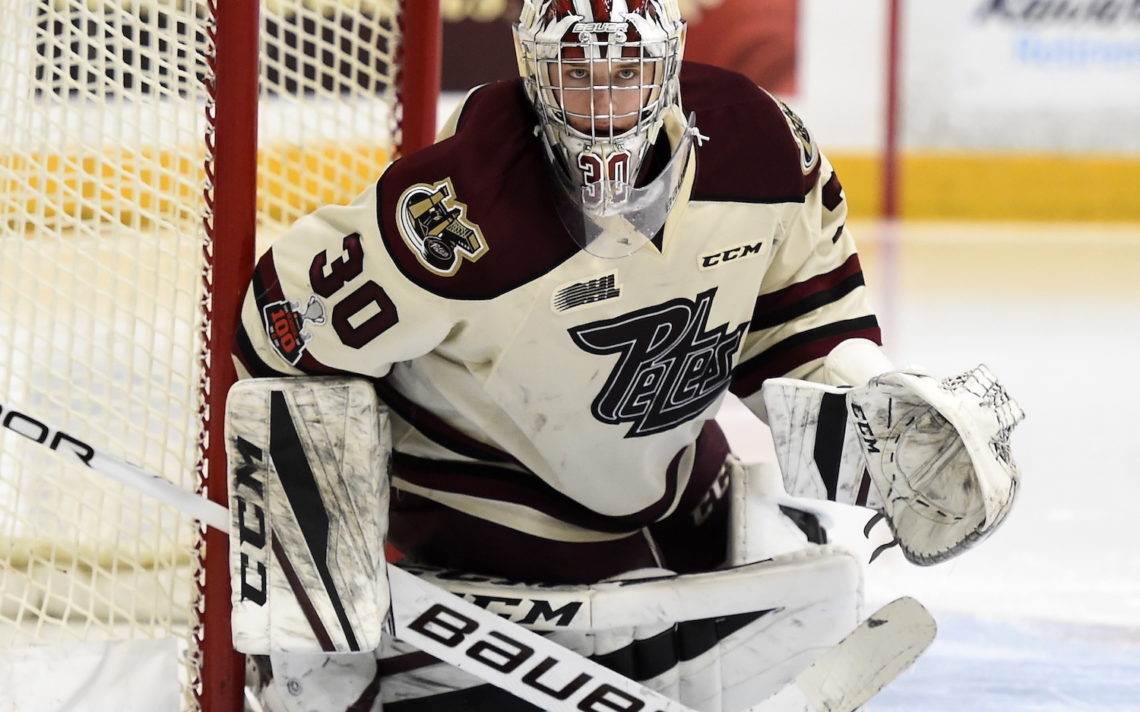 Wells closing in on dream

Dylan Wells is on the verge of fulfilling his dream to play in the National Hockey League.

The 22-year-old St. Catharines native is on the taxi squad for the Edmonton Oilers, practising and travelling with the team in case the club requires another goaltender to augment Mike Smith or Mikko Koskinen.

Teams carry an extra goaltender on their six-man taxi squad so if one is required quickly they can be recalled without having to quarantine.

“Some days, you mix in and practice with the group and some days the taxi squad goes on after morning skates,” Wells said from his hotel room in Edmonton, which is attached to the Rogers Place.

Wells went to camp with the Oilers before being sent to their American League affiliate in Bakersfield, but was brought back before playing a single game in the AHL.

“There is a goalie carousel in the NHL, it’s been pretty crazy for everyone,” he said. “Guys are getting claimed on waivers and guys are getting hurt.

“It’s been a wild last month.”

Wells still has to pinch himself from time to time to remind himself he’s not dreaming.

“Obviously, this is my dream goal to play in the NHL one day so to just get a little taste of it and be around the guys during the season — obviously it’s a different feeling than when you come in for camp — just to see how everything works, be around the guys, watch the games every night, is really cool,” he said. “Even though you aren’t playing, you are learning something new every day, whether it be watching the games or whatever, there is always something new so I’m really enjoying the experience.”

Wells also appreciates being able to play and practice in the midst of the COVID-19 pandemic.

“I’m super grateful with what’s going on in the world right now,” he said. “I’m pretty lucky to be in the position I am. It’s just trying to soak it up every day and take what I can out of it moving forward.”

Wells feels even if he doesn’t get into any game action, the experience of being around the NHL — both on and off the ice — can only help his game.

“It opens your eyes to how skilled this league is,” said Wells, a graduate of Holy Cross Catholic Secondary School. “Obviously, we’re pretty grateful to be skating with two of the best players (Connor McDavid, Leon Draisaitl) in the world. It’s special. You don’t see that every day. Being on the ice with them, it’s constantly a challenge. It’s putting it lightly to say they can put you out of your comfort zone once in a while because of how skilled they are.

Wells was selected by the Oilers in the fifth round of the 2016 NHL draft from the Peterborough Petes where he spent four seasons. He made his pro debut in one game in 2017/18 at the ECHL level before splitting 34 games between the AHL and ECHL level the next season.

He is happy with his game, but realizes making the jump to the NHL is a huge step.

“It’s tough to put a time stamp on it,” he said. “For everybody, goalies especially, the journey is so different. Some guys in the league, like Carter Hart, go in right away and then look at Jordan Binnington who takes a little more time and the harder route, so to speak, by grinding it out.

“You never know. I’m confident in my ability and given the chance I could do well here. Time will tell but all can really control is my preparation and how I play and what I’m doing every day to stay ready. I’m happy with my game. I’ve been taking a step forward every year and whenever the opportunity comes, I’ll be ready for it.”

Wells is also enjoying the benefits that come with being on an NHL roster.

“We get treated really well,” he said. “Little things like the food we get every day and how we get treated every day, it’s first class. Going from ECHL to AHL to NHL, you realize the little perks every time you take a step up.

“We’re pretty lucky to be treated the way we are. I definitely don’t take that for granted.”

He also feels safe with the COVID protocols put in place by the NHL.

“We get tested every day. We have our morning protocol before we go to the rink where we have to do our pre-symptom check. They take our temperature when we get to the rink and after.

“They’re trying to keep everyone safe. Everyone is doing the best they can with what they have. Everybody wants to keep playing games.”