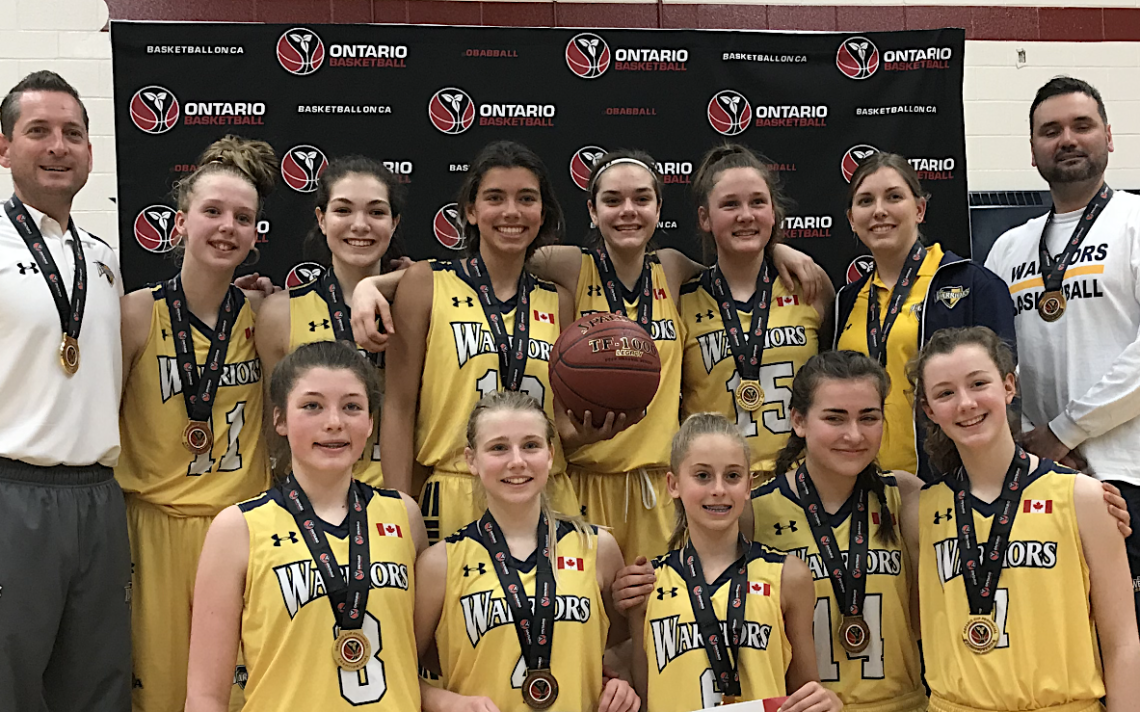 The Welland Warriors under-14 girls basketball team has conquered Ontario and is now getting ready to take on Canada and hopefully the world.

By virtue of their victory in Basketball Ontario’s Division 1 championships this past weekend, the team has earned a berth in a tournament being held to determine Canada’s representatives at the Junior NBA World Championship Aug. 7-12 at ESPN Wide World of Sports Complex near Orlando, Fla. The tournament will be played June 15-17 at Brock University and the Meridian Centre. The qualifier is part of the festivities surrounding the FIBA U18 Americas Championship being played June 10-16 at the Meridian Centre in St. Catharines.

The Welland Warriors have been thinking about the tournament since the winter when Basketball Ontario announced the under-14 boys and girls winners of the Division 1 would be Ontario’s representatives at the event.

“When we heard, that added to our goal and the kids were pretty excited,” Welland head coach Dave Picton said. “They continued to step up their work ethic and we created that as a big goal.

“We knew it was achievable because we won an OBA at that age group a few years before.”

“The majority of this team has been together since U9 (under-9) and have developed tremendous fundamental skill sets,” Picton said.

The team went 12-1 in the Ontario Basketball X League and 3-0 in the league’s end of season tournament. It also went 4-0 at Le Snowball Challenge Montreal playing against Grade 8 Quebec prep schools and 3-0 in the She vs. Her Classic Champions at Crestwood Prep.

“We knew we had to work hard to get it because we came back down (an age level) and we had targets on our back the whole year,” Picton said. “That is why I am so proud of what the girls have accomplished because, when you are the target everybody gets up for you.

“You have to keep yourself at a certain level to meet the demands to stay successful.”

In winning Division at the OBAs,  Welland defeated Motion Basketball 67-37 and Brampton 54-35 in pool play and finished 3-0 when Ancaster forfeited their game.

“It was a great game throughout,” Picton said. “We held the lead for the entire game up by as much as 10. Up three at the end of the third quarter, a 15-0 run to start the fourth put us up 18 and (we) seized the victory.”