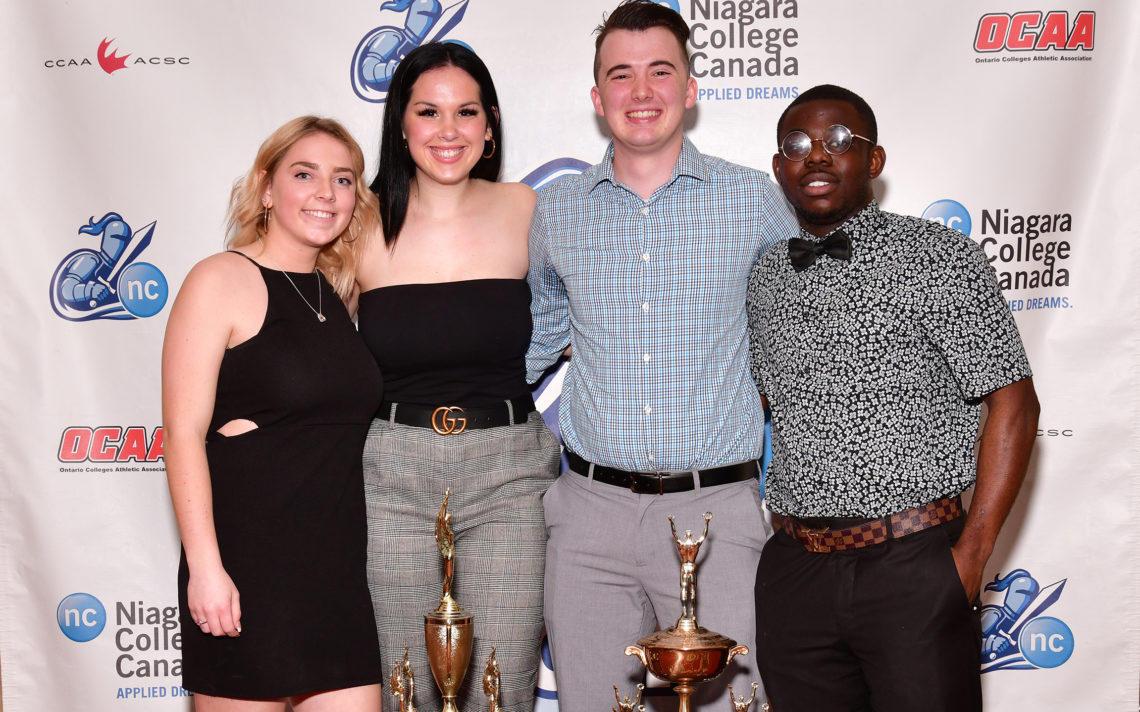 The best rewards are the ones that are least expected.

For St. Catharines native Mary Ingribelli, her surprise reward was being named Niagara College’s Female Athlete of the Year at the school’s recent awards banquet.

“It was unexpected obviously, so I was pretty excited when they announced my name,” the 23-year-old said. 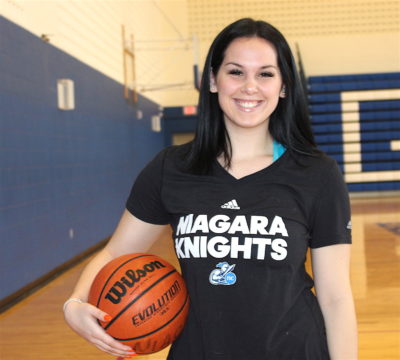 The Governor Simcoe graduate shouldn’t have been shocked by the award. She led her team in average scoring (19.1 points) and steals (2.9), tied for first in rebounding (6.8), and was second in assists (3.0) and minutes played (28.2). For her efforts, the 23-year-old St. Catharines native was named an Ontario Colleges Athletic Association First Team All-Star. Ingribelli helped the Knights to their first 14-win season in school history and established a new Niagara College women’s basketball single season scoring record,

She capped off her season in fine fashion in the post-season. At the OCAA championships, she was named a tournament all-star, after averaging 23.3 points per game, including 33 in Niagara’s 92-87 loss to Mohawk in the bronze-medal game.

“I came so far from a couple of years ago until now and it’s pretty cool,” the 5-foot-10 forward said. “I am more mature as a player and as a person and I think that has obviously converted into how I play on the court and what I bring to the table.”

The award is added motivation for her upcoming final season of intercollegiate hoops.

“Since I accomplished being female athlete of the year at Niagara College, that will open training doors for me this summer,” she said. “It is going to be in the back of my head that I need to keep pushing.”

“I am super excited about that,” she said. “I have always played against her and I know how she can play. It’s exciting to think what her and I can do together on the court.”

Samuel Robson of Milton was named the school’s male athlete of the year. He became the first ever soccer player to earn a Niagara College male or female athlete of the year award. Robson allowed a mere eight goals in 11 games and was named an Ontario Colleges Athletic Association league all-star and a Canadian Colleges Athletic Association Academic All-Canadian.

“This year saw each of you continue to build on our established culture of excellence,” said Niagara College interim associate director of athletics and recreation Mike Santoro. “Tonight is a celebration of our many student-athlete success stories this year including four OCAA medals, 36 All-Academic award recipients, and five CCAA Academic All-Canadians.

“Thank you for all of your hard work and dedication over the course of this season.”