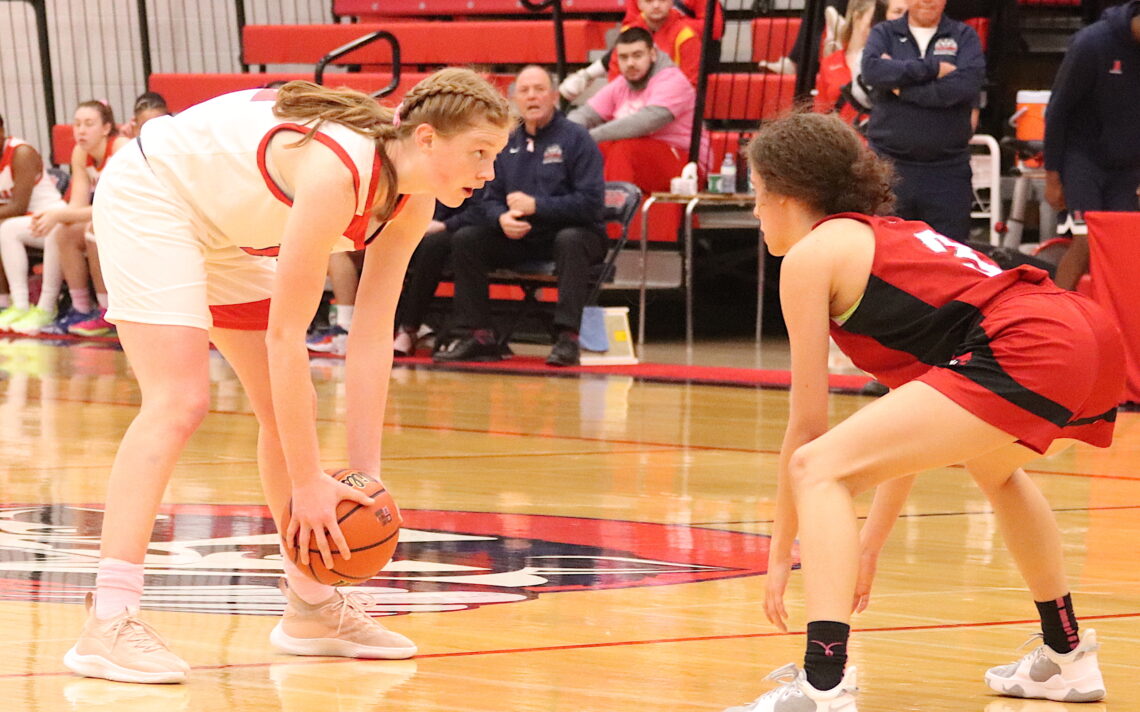 The Brock Badgers women’s basketball team rode an impressive performance from Madalyn Weinert to a 69-62 victory over the visiting York Lions Saturday night at the Bob Davis Gymnasium.

“She was tremendous tonight and she is tremendous most nights. She played heads-up ball and she played the whole 40 minutes,” Brock head coach Mike Rao said.

“I don’t really know if that was my most points but all I know is that I don’t score that much without my team. That’s the most important part.”

The Eden graduate feels she has taken strides in her game this season.

“It’s just learning to take it when you can and finding other people when that is what’s given to you.”

That means fighting her way through plenty of double teams and extra attention.

“I am relying on other people to help me out. If the double teams come my way, that means that someone else is open,” she said. “It is important to find them and use my teammates as much as possible.”

Weinert is working hard to become a better leader.

“I am trying to encourage everybody. It is so easy sometimes when the game doesn’t go your way to get down on yourselves but it is making sure everyone knows they have a role here and we need them to win. It doesn’t happen without everyone who steps out on that floor.”

Rao has seen last year’s all-rookie team member take her game to another level this season, especially in her leadership abilities.

“I think that is going to bode well for next year. We have a couple of good pieces coming in. She’ll be part of that and she will be leading that group too,” he said.

He feels she has made strides in other areas as well.

“It’s her ball-handling, her decision making and her shooting have gotten better.”

When the game is on the line, Rao wants the ball in her hands. That was the case against York.

“She gave up the ball two or three times to shooters and they made shots. We have to get some more shooters around her.”

Rao believes Weinert has not yet reached her full potential and it is up to him as a coach and recruiter to make that happen.

“She has the tools to get to a really high level. She has all the tenacity and she needs a little bit better decision making but that comes with having players around you,” he said. “We have to be better around her and that will make her better. They are going to key on her from now on and if the rest of us are not collectively better, we are in trouble.”

That includes the paint.

“We need a better inside presence,” Rao said. “We can’t get the ball inside and that is a formula for disaster.’

Saturday’s win was a nice bounce-back game for the Badgers, who trailed 49-19 at the half and were thumped 71-49 on their home floor Wednesday against McMaster.

“At the end, we finally got a lineup out there that was working hard. We mixed in some players and we played a whole host of players,” Rao said.

The Badgers have had a somewhat inconsistent season but they have managed to stay above .500 by taking care of business and defeating teams below them in the standings. Rao would like to see that continue next week.

“We are on the road next weekend and we have Nipissing and Laurentian. They are right there with us and we have to see if we can piece it together against them as well.”

Weinert agrees her team had had an up-and-down season.

“That is just the way a team goes. Sometimes that happens and we are working to come together as a team and give a strong push towards the playoffs,” she said. “I am confident in us.”

Up next: Brock is at Nipissing Friday and Laurentian Saturday.