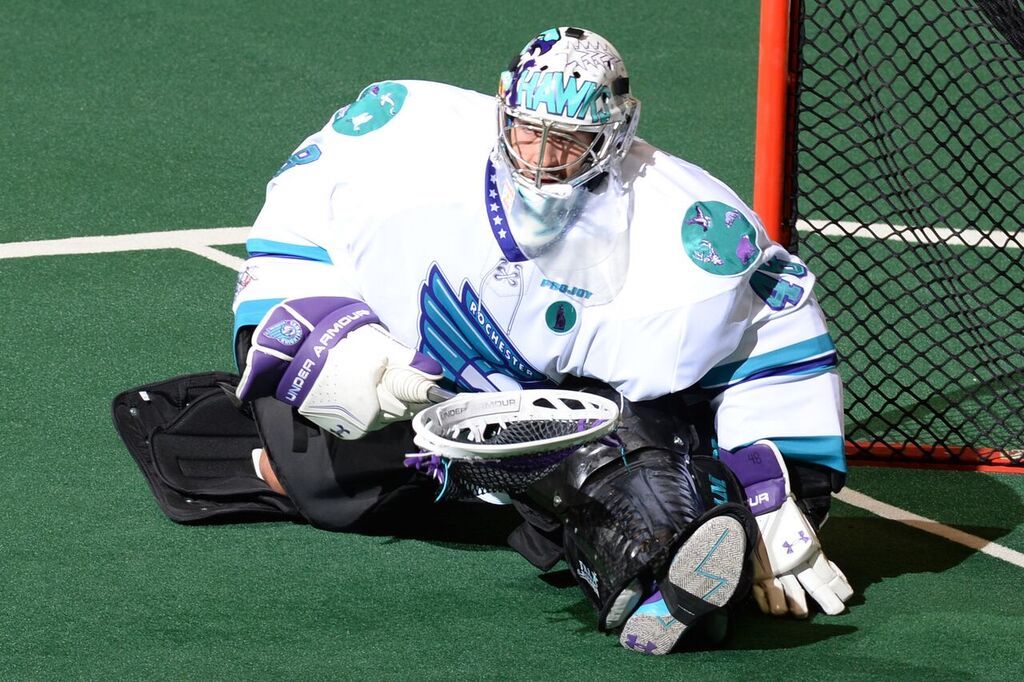 Matt Vinc is still at the top of his game.

The 36-year-old St. Catharines native was recently named the National Lacrosse League’s Goaltender of the Year after another stellar season with the Rochester Knighthawks. Vinc has won the award six times in the past nine years.

“Obviously, when you’re playing in any league your goal is to win a championship,” Vinc said. “We came close this year. That was my goal, but to be recognized (as goalie of the year) it just shows how well we played as a team.

“The goalie of the year is never about the individual. There are a lot of things that need to happen for someone to be recognized like that. Our team did a good job at making my performance look good. At the end of the day, it’s a team award.”

Vinc, who already owns the record for the most Goaltender of the Year awards, was also recognized as the league’s top netminder from 2010-11 and 2013-15. This year he backstopped the Knighthawks to within one win of capturing the NLL Cup. It was Rochester’s first postseason berth since the 2015 season and its first trip to the league championship since 2014.

Vinc played a pivotal role in the Knighthawks’ midseason turnaround, as they won eight of their last 10 games to finish second in the East Division with a 10-8 record. During the regular season, Vinc finished second in save percentage (.782), third in saves (651) and fourth in goals-against average (11.37) en route to his sixth team most valuable player award.

“I think his play speaks for itself,” said longtime friend and Rochester teammate Billy Dee Smith. “He is the best goalie in the league and the best that has ever played (in this league). I don’t think there is anybody who would ever argue that at all.” 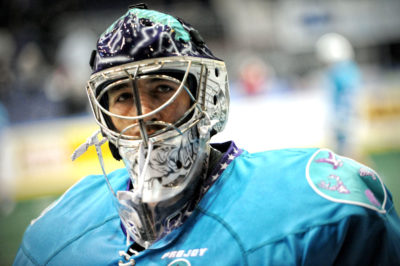 There appears to be no stopping Vinc, who has two Minto Cup rings to his credit from 2001 and 2003 with the St. Catharines Athletics.

“I’m fortunate to be in a position (at Denis Morris) where I can be around younger people,” Vinc said. “As you get older, it’s more about a mindset. I rely on studying the game and focus on some things maybe a younger guy might not be doing.

“I’ve been fortune to stay away from a lot of serious injuries. My health has been pretty good over the course of my career. I think not having the time off growing up has helped me be able to play in both leagues and do this for a longer period of time.”

Vinc, who also plays with the Peterborough Lakers of the Major Series Lacrosse, sees no reason to slow down.

“When the family is supportive and they still want you to compete I think that’s ultimately the deciding factor,” he said. “I have a really supportive wife (Lisa) and surrounding family who go to the games and they’re into it.

“It gives me that little bit of motivation to want to play well and do well, not only for yourself and your team, but for them as well.”

“When you look at his resume, it ranks him as the best, and he still has more to give,” he said. “He’s not done this year and, in my opinion, for a few more years. He is going to keep adding to his totals and cementing himself as the best goalie ever.”

This past season, his 13th in the NLL, Vinc resumed his assault on the league’s all-time goaltending charts. He passed Bob Watson for second place on the NLL’s all-time saves list and moved within 105 of overtaking Anthony Cosmo (7,222) for first overall.