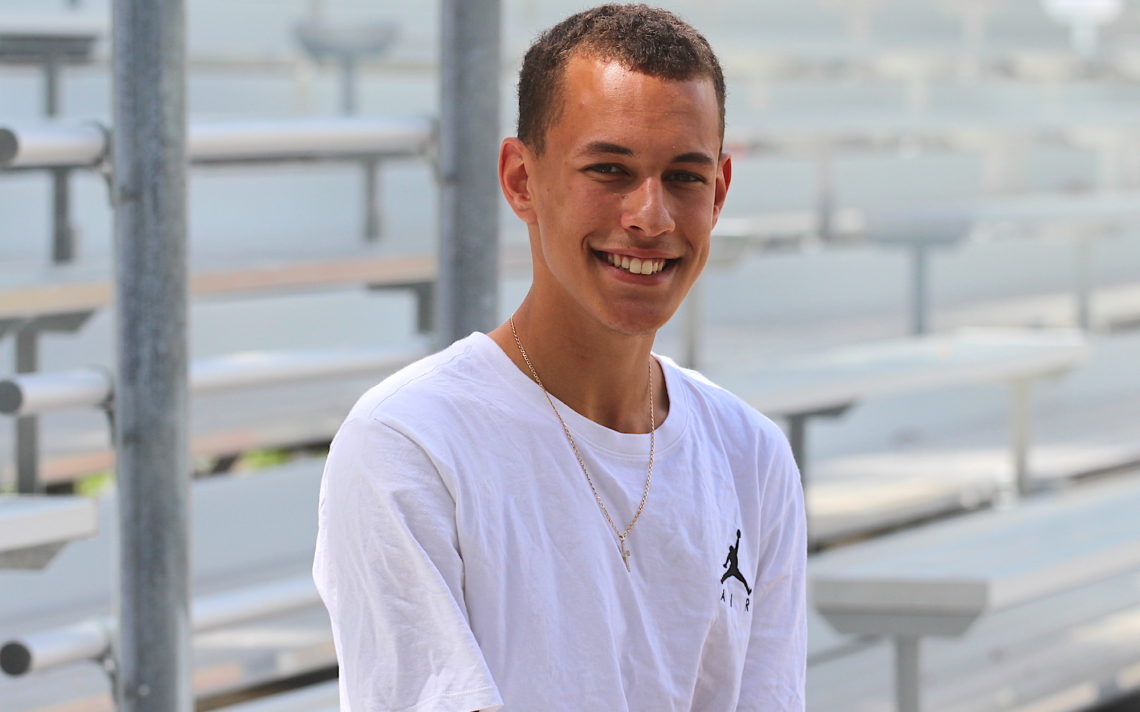 Fournier leaps to top of podium

Winning a first provincial championship is a highlight for any athlete.

Thorold’s DeAndre Fournier’s chance to stand atop the podium came at the recent Athletics Ontario track and field meet in Windsor where he won a gold medal in the youth boys triple jump with a leap of 14.02 metres

“It’s exhilarating and my heart was racing,” the Grade 12 student at Thorold Secondary School said. “It was like a dream come true to be at the top of the podium and be No. 1.

“It was an eye-opening experience.”

At last year’s Athletics Ontario meet, the 17-year-old placed in the top eight.

His performance at the provincial meet helped take the sting out of the disappointment he felt at the end of his high school season. Competing in the triple jump at the Ontario Federation of School Athletic Associations’ South Regionals, he triple faulted and failed to advance to OFSAA for the third straight year.

“That was really disappointing and it was kind of a shock because it was mainly just a footing problem,” the Thorold Elite Track Club member said.

“It has been interesting to see him develop over the last three years and watch him develop his passion for triple jump.”

Fife feels Fournier is successful because the second phase on his triple jump is one of the best he has ever seen.

“It is really hard for most jumpers to get that down and it’s something that is almost natural for him,” he said. “That makes a huge difference in the measurement of his jumps and he is extremely passionate about it and extremely committed.

“He puts in everything he needs to get that extra centimetre or distance in his jumps.”

Fournier has been studying the video of his jumps at the Athletics Ontario meet and is searching for anything and everything he can find to make himself an even better jumper.

“I am looking for little things that I can tweak that will push me that extra, 30, 40, 50 centimetres I need to get me closer to what I need to be tops in the country.”

Fournier has qualified for the nationals championships by besting the required performance standard (12.52 metres) by 1.5 metres.

It will be his third trip to the national championships.

“At the last two, I really didn’t do so great and I think it was a lot of nerves to be up there in front of everybody competing for the top spots in the country,” he said. “It was crazy, but this year I have a lot more confidence going into it because I know my jumps are a lot closer to the top level people.”

Jumping will always be a big part of Fournier’s life.

“I used to do it at my elementary school just for fun and then I realized I kind of had a knack for jumping,” he said. “Even as a kid, I jumped on everything.”

His long-term goal is to compete in jumping at the post secondary level.

“I have a recruiting page set up and I am looking to see if any schools would be interested in me,” he said.