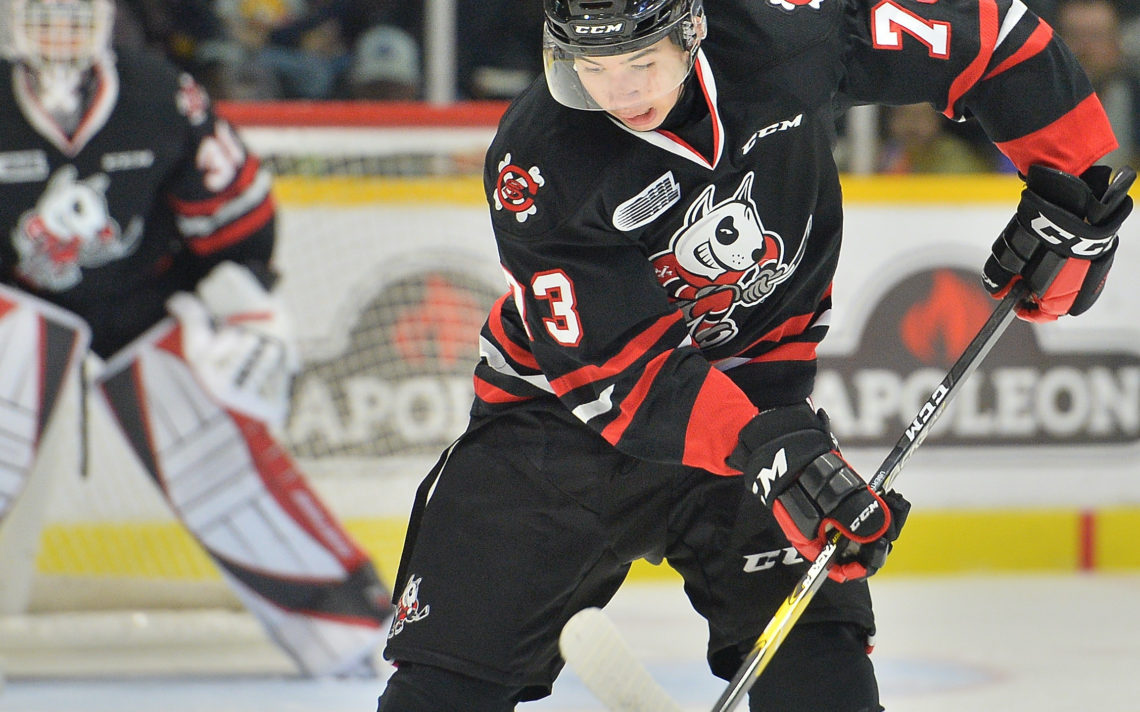 Uberti ready to prove a point

Jake Uberti is a man on a mission.

The 19-year-old forward was passed over in the 2021 National Hockey League draft and arrived at Niagara IceDogs camp more determined than ever to prove he should have been selected.

“That was a little bit of what went on, but the main thing going into the season is just to prove to myself that I could take the next step and play professional hockey and be a dominant player in the league,” Uberti said.

Uberti has stood out during the early portion of camp.

“I feel more confident and stronger and feel more like I’m an overall better player which was the plan going into the off season so I’m happy about that,” he said.

IceDogs head coach Billy Burke has been blown away with the improvement he has seen in Uberti.

“During training camp there were many times he didn’t even look like he played in the league anymore,” Burke said. “He’s filled out. Very fast, very strong. High level of confidence.

“He looks like he has been champing at the bit during the shutdown and looks like he’s ready to have a good year.”

Uberti, who netted 17 goals and 33 points as a sophomore in 2019/20, could easily surpass those totals this season.

“That would definitely be great to do that but at the same time, my focus is to give my team the best chance to win every night and to compete and be a playoff team that wins rounds and has a really good season,” he said. “I’m really focused on that, not so much the other stuff.”

Burke has big plans for Uberti this season.

“He’s a top-line guy,” Burke said. “He’s going to be a legit horse in this league. We kept in touch pretty good over the shutdown and it’s good to see him come back in a similar state of mind.

“He has a great mentality and has been a leader for the younger guys and on the ice every single time we’ve been on he’s continued to be a top guy.”

Uberti was beaming when asked about how good it felt to be back at the rink after the COVID pandemic wiped out the entire 2020/21 Ontario Hockey League season.

“You have no idea. Every day I come to the rink with the biggest smile on my face,” he said. “It’s almost like a dream being back here with the guys playing hockey.

“It’s awesome. Words can’t describe how happy I am and how much this means to me.”

Uberti has been impressed with a good crop of young IceDogs on the roster.

“The kids are really good,” he said. “Having that internal competition to push and develop all of us is a huge thing. If we make the most of every practice we’re going to be a whole different team at the end of the year as we are right now.”

The IceDogs will continue to practice in preparation for their first two exhibition games, Friday, Sept. 17 at Oshawa and Saturday, Sept. 18 at home to the Generals.

For now, the IceDogs have 13 forwards, seven defenceman and three goaltenders remaining in camp. Import defenceman Rodwin Dionicio is slated to arrive Thursday while import forward Daniil Gushchin is scheduled to go to camp with the San Jose Sharks and will either make the NHL squad, be sent to the American Hockey League, or reassigned to the IceDogs. 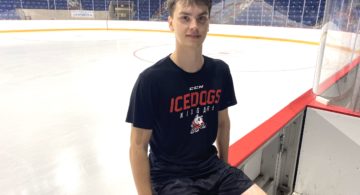 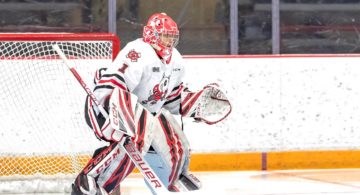 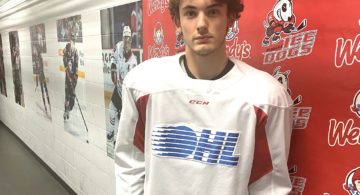