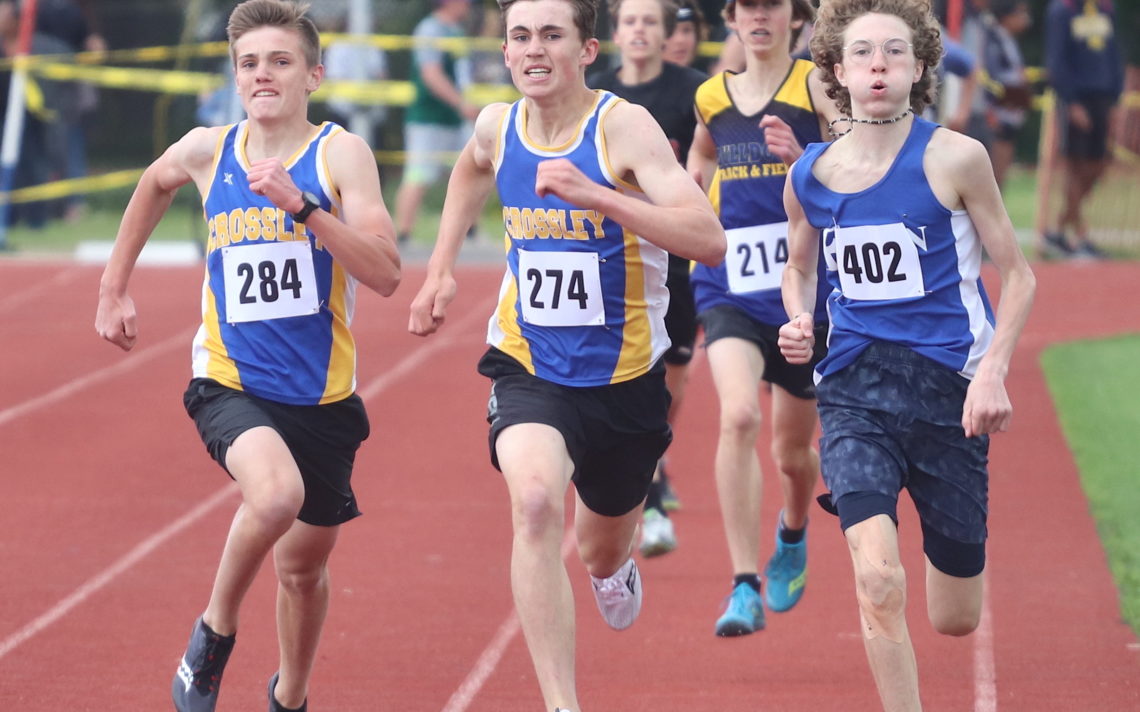 Competing a year up, the Grade 9 student at Eden raced to an 11th-place result in the junior boys division. It was an aha moment for the St. Catharines resident.

“At the end of the OFSAA race, I thought I would do way worse. I realized that maybe I could do something with this and something snapped. I started putting the hours in,” the 14-year-old said.

Things were much different from that moment on.

“I saw the really fast results at cross country and I was tired of not putting in the work,” he said. “I always had kind of mediocre results but I have put a lot of work into it lately and it has been paying off.”

Before ramping up his devotion to track and cross country, he trained about three days a week with his club. He now trains six days a week at his club and at Eden.

He describes his track pursuits as a love-hate relationship.

“Obviously I like it when I do well, but it’s really bad. The entire race hurts and before the race it is very nerve-racking.”

He agrees that distance running is a lot of pain but he admits he didn’t have many other options when it came to athletic pursuits.

“I sucked in every other sport but I kind of have a knack for running and that’s why I started doing it a lot.”

He has one goal for the spring track and field season.

“Honestly, I just want to make it to OFSAA,” he said. “I was looking at the times from a couple of years ago and all those times are way faster than me right now. I am glad that I made it this far.”

Tomori has been training at the Niagara Olympic Club for the last three or four years and coach Sharon Stewart sees a lot of potential in him.

“He is a good athlete and he is built to be fast. He does have the potential to do great things,” she said.

Stewart feels his biggest attribute is his mental toughness.

“When he goes out to race, he puts it all on the line out on the track. I don’t think he has any fear and he doesn’t pay any attention to the pain level. He just keeps it going.”

The top five athletes from the SOSSA track and field meet advance to the South Regionals next Thursday and Friday at Welland Centennial. The first OFSAA track and field championships in three years are scheduled for June 2-4 at the Toronto Track and Field Centre at York University.