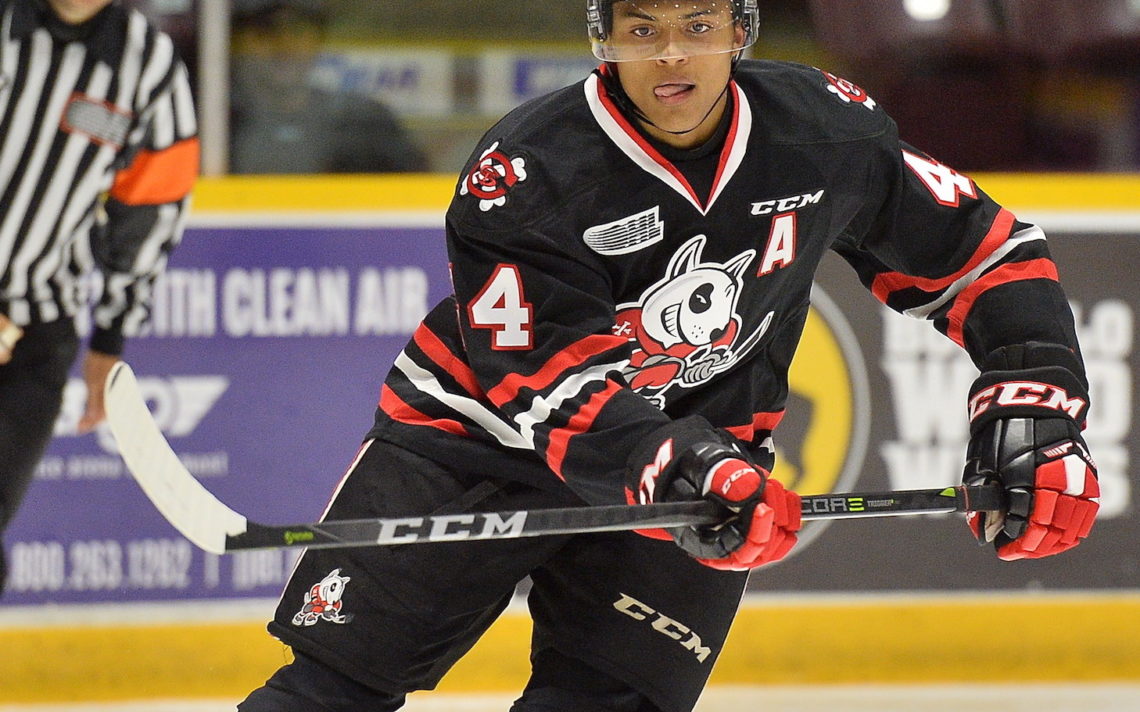 Akil Thomas hasn’t slept well in recent weeks, but there is a simple explanation.

The 18-year-old centre has been champing at the bit to get to training camp with the Niagara IceDogs and begin what is expected to be a run at an Ontario Hockey League championship.

“The last couple of weeks I have’t been able to sleep really well because I’m really excited for the season,” Thomas said then smiled, as training camp kicked off Tuesday. “I want to get back to the three-in-threes and doing road trips with the guys.

“I’m really excited and I just want to get going.”

Thomas is expected to be the centrepiece on a team focused on winning it all.

“He’s a proven scorer in the league and is incredibly motivated,” Niagara coach Billy Burke said. “He should aim to lead the league in scoring and win the league MVP (most valuable player). He’s that calibre of a player.

In his first two seasons in the OHL, Thomas established himself as a solid offensive player who was also strong on the other side of the puck and took his defensive responsibilities very seriously.

He has high expectations for himself this season as well.

“This year, I hope to have the best season in my OHL career,” he said. “I’m feeling a lot better and I want to be one of the best players in the league this year. I’ve always had high expectations so I’m just going to try and live up to that.”

From the time he came into the league, Thomas seemed to play with more poise and confidence than his age.

“My first year, I was thrown in against guys that are older and now I’m going against some that are older but some younger and some the same age. Just that experience factor helps so much,” he said.

Burke feels Thomas will only get better.

“You look at him and you can tell he’s not one of those guys who has hit the ceiling,” Burke said. “We still believe there’s room for him to grow and he’s going to get every opportunity to continue on the success he’s had.

“He was fortunate enough to come into a younger team in his first year and was able to play more minutes than the usual young player would and then last year he really took a leadership role. He was a guy who was really targeted by other teams and other team’s top defenders. He was really playing against the best guys in the league and now I think he’s ready to make that next step.”

Thomas’ strong sophomore season (68-22-59-83) saw him be selected by the Los Angeles Kings in the second round (51st overall) of the 2018 National Hockey League draft.

Many had Thomas going in the first round, but the speedy forward didn’t seemed fazed by where he was selected.

“Before the draft, that was the team I wanted to go to,” he said. “Obviously, I was disappointed it wasn’t in the first round but in the end it worked out. I went to the team that believed in me and that I wanted to go to.

“It was definitely an eye-opener. I’ve never experienced anything like that before.”

Thomas, who will be attending training camp with the Kings in a couple of weeks, is committed to getting better.

“I just (want to) concentrate on stuff that’s holding me back from being a King right now,” he said. “Maybe staying in shape and not burning out towards the end of the season and using my shot more and being that guys who makes a difference every time he’s on the ice.”