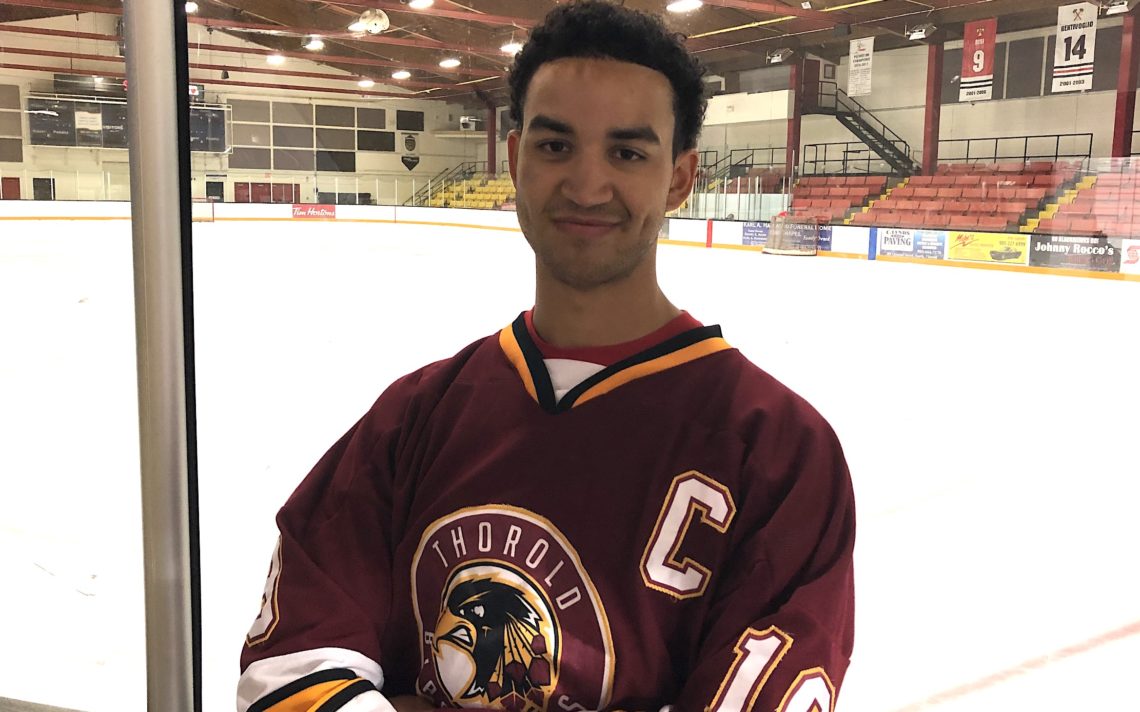 The face of the Blackhawks

Thorold Blackhawks head coach and owner Scott Barnes can think of no better representative for his franchise than Dylan Latty.

Barnes named the 20-year-old Pickering native captain last season and was thrilled with Latty’s effort on and off the ice.

“It’s the first time since we’ve been here we’ve had that solid foundation of players and Dylan is just a great guy between the team and the coaching staff,” said Barnes, who is in his third season with the team. “He’s a really good kid. He does everything the right way.

“You couldn’t ask for a better captain.”

“He’s a 20-year-old, and he’s just a really good human,” Barnes said. “There is no ego. He’s a four-year junior player. He’s played at a higher level but you would never know it. He’s really good in the community and really good with the fans and the volunteers.

“Everybody loves him. He’s just a really good kid.”

Latty quickly gave credit to his parents, Carrington and Lori, when asked about his reputation for being respectful.

“My parents always taught me to respect others and give them the time of day. I was always good, even back in the day, with others,” he said.

Latty loves the challenge of wearing the C.

“You have to make sure you are always into it and make sure you’re playing good because the boys are watching you and looking up to you,” said Latty, who has played in the Ontario Junior Hockey League with three teams. “It’s like you want everyone to feed off you and see the things you do that are good.”

Barnes said Latty’s effort and example on the ice sets him apart.

“I wanted a guy who is going to demonstrate how hard to work in practice, blocking shots and killing penalties,” Barnes said.

“I am counting on him for some offence this year and am hoping he produces for us, but at the end of the day, his No. 1 focus is usually shutting down the other team’s top guy and taking care of everything else,” Barnes said.

Latty has no problem with that role.

Nick Gidney, Blair Jenkins and Trevor Neumann will be wearing the assistant captain’s A this season.

“We have really good communication between the captains and the coaching staff. When things are going on in the room I want to know about it and vice-versa. When I want to get a message across without having to tell the whole team, I come in there,” Barnes said of his leadership group.

The Blackhawks, who split a pair of games at the Greater Ontario Junior Hockey League Showcase Tournament last weekend, defeated the Pelham Panthers 4-1 at home Thursday.

Cody Miskolczi netted the lone goal for the Panthers, who fell to 0-3.

Noah Fortuna made 32 saves for the win. 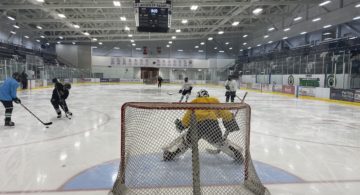