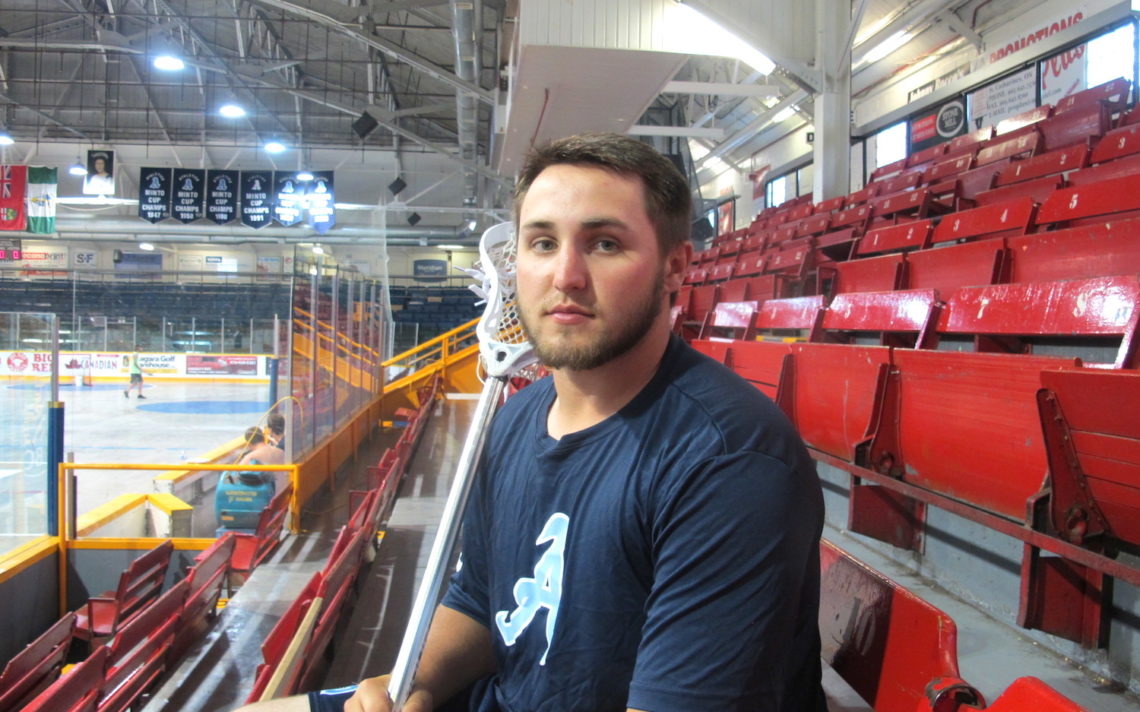 The A’s secretary of defence

Alec Tamas makes sure following each game to take a close look at the statistics, but the 21-year-old physical education major at Brock isn’t interested in his own numbers one bit.

“I really get my satisfaction at the end of the night when I look at the other team’s points and when I see their top players with only two or three points,” Tamas said. “I know I did my job by eliminating their offensive players which gives our offensive players a better chance to score.”

Tamas, who has just 14 goals in 72 career games with the St. Catharines Athletics, could care less about that aspect of his game.

“I’ve always been a defensive-minded player first. I’ve been one of the bigger and stronger guys so I’ve always tried to use that to my advantage in a more physical role.

“As you get older, you get into more specialized skills so I kind of grew into it.

Even when I was younger I wasn’t much of a scorer and when I did play offence I was more of a pick kind of guy.”

Tamas’ steady, consistent play has been one of the big factors in the Athletics leading the league in goals against for much of the season.

“(Goalie Nick) Damude has been standing on his head for sure this year and I’d like to think we’ve been helping him out a lot, limiting them to shots that we have faith in him stopping from the outside and being tough and physical,” Tamas said.

The A’s entire defensive unit has done a superb job of being difficult to play against.

“We found their goals per period go down a lot, especially by the third period,” Tamas said. “By the third, they’re only getting one or even no goals because we’ve been grinding on them and wearing them down.

“Nothing is easy. We never want to give them anything easy. It’s 60 minutes of hard work, that’s all defence is. As long as you can outwork their offence, your chances of winning are pretty good.”

“Tamas has been great all year. He’s a pure professional and he’s going to have a long career in lacrosse. He’s a very skilled player,” Toll said.

Toll feels trust and communication are key for his charges, particularly on defence.

“The thing I preach to them is to believe in the guy behind you that he is going to do his job,” Toll said. “You can only take care of your job and if he does his job, then you’re successful. It only take one guy to break down the five-man unit.

“It’s like any job, if you communicate with your co-worker you’re going to become a better player or worker and that’s what our guys are doing on the floor now.”

Tamas does have a pair of goals this season, including a short-handed marker, but doesn’t for a second fancy himself an offensive threat.

“I look at myself as a role player and everyone has roles,” he said. “I don’t want to be sacrificing anything defensively to be taking those chances. I want to make sure our end is taken care of first before I ever try and push the ball and try and score a goal.”

The A’s improved to 8-4 with an 8-6 victory over the Whitby Warriors in an Ontario Lacrosse Association junior A game Saturday night at Jack Gatecliff Arena.

The A’s are right back in action with home games Monday versus Brampton and Wednesday versus Burlington.