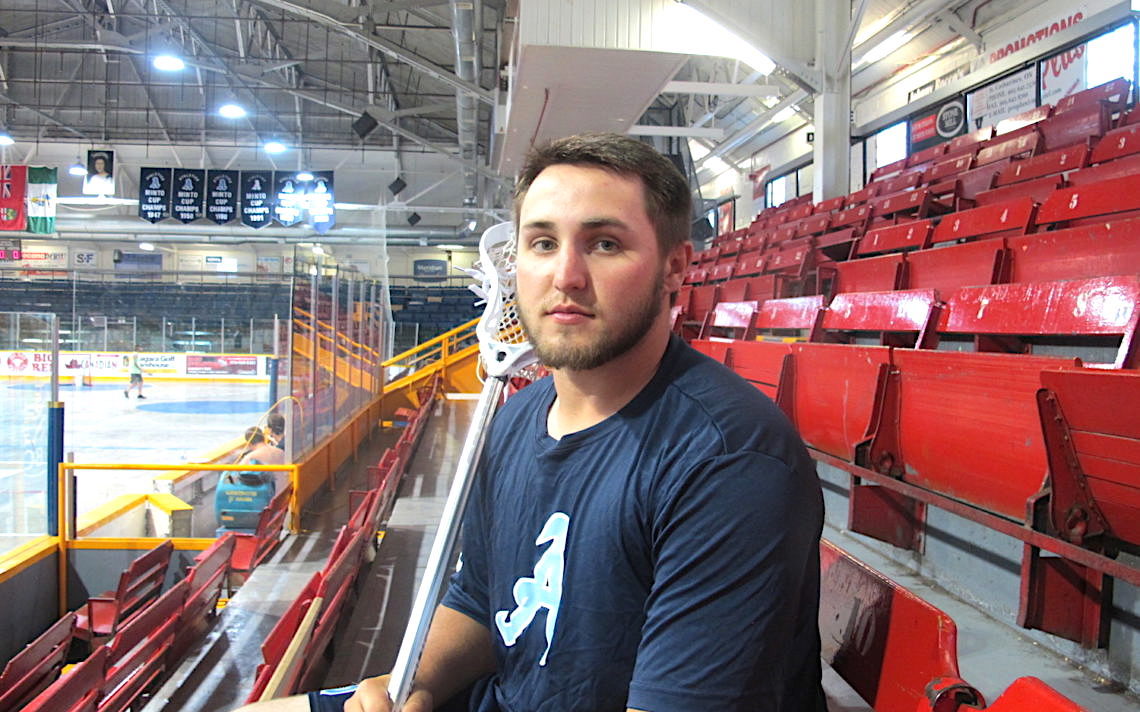 Tamas takes over junior B Athletics

The new coach of the St. Catharines Athletics junior B squad is confident of a seamless transition from assistant to his new position.

Athletics president Paul Coates issued a statement outlining the change, indicating there will be no further discussion regarding the matter.

Tamas coached the club to a pair of wins over the weekend as the A’s extended their win streak to 13 games.

“A little bit different,” the 25-year-old St. Catharines resident said. “Earlier this season, I had the opportunity to go behind the bench as head coach when Lines was sick for a couple of games. It’s a different viewpoint having to worry about the offence and the defence rather than just the defence like I’m used to.

“Overall it went pretty well. We got two wins and two solid efforts so I’m pretty happy with how the weekend turned out.”

Tamas said he will rely heavily on assistants Bradley Fannell and Nick Baum.

“All year we’ve had a pretty strong group effort,” he said. “We all contribute our opinions and we’re all usually in agreement on everything. We’ve had no problems with that all year.

“We have a really strong coaching group and extended staff. I’m always open to everyone’s opinion.”

Tamas said the players have taken the news as best as could be expected.

“It was definitely unfortunate but the boys seem to be rallying together and so far it seems to have brought the closer together.”

“We were a little slow out of the gate (1-4) but we’ve definitely been playing better,” said Tamas, who is an also assistant coach the Brock Badgers men’s field lacrosse team. “We lost a couple of games earlier in the year and we said to them right off the bat these teams we’re losing to are going to stay the same all year and we’re only to get better every single day, every single week and we’ve proven that so far.

“We’ve improved so much.”