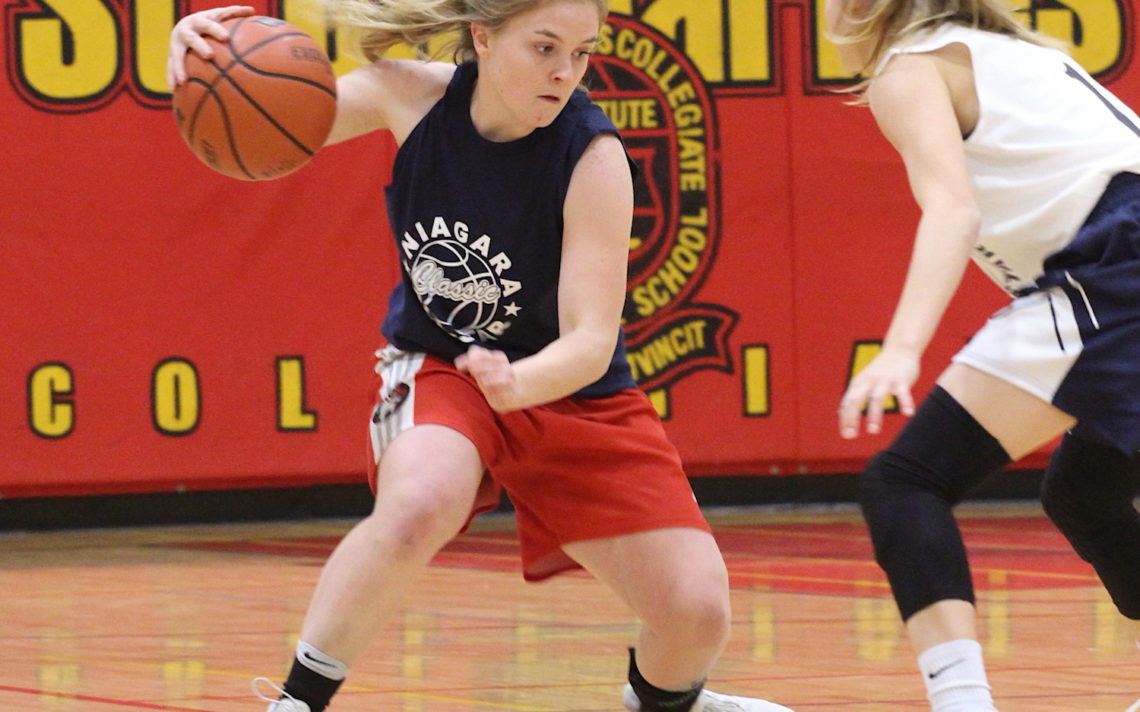 There is no such thing as an exhibition game for Tori DiDomenico-Rigas.

The 16-year-old, Grade 11 student at A.N. Myer doesn’t let up for a minute on the court, regardless of which of the three teams she plays on.

DiDomenico-Rigas poured in a game-high 14 points but it wasn’t quite enough as the South dropped a 49-48 decision to the North Thursday night at the St. Catharines Collegiate in 13th Annual Niagara Girls All-Star Classic.

The game featured the top 10 players from Zone 3 schools (South) versus the top 10 from Zone 4 school (North). 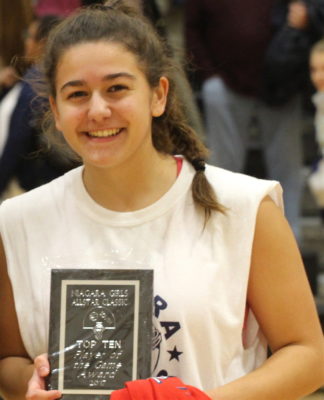 “It was fun but it was also competitive because everyone is really good and you just want to compete,” DiDomenico-Rigas said. “My goal is to always go hard because I’ve been playing forever and that’s my mentality when I step on the court, to play as hard as I can.”

DiDomenico-Rigas said the competitive juices were flowing on both sides.

“You want to have fun because it’s a game like this but everybody wants to win, so it was go out there and compete,” she said.

DiDomenico-Rigas couldn’t believe the amount of good talent on the floor at once.

“It was great. That’s the best I’ve every played with.”

In addition to playing for Myer, DiDomenico-Rigas also plays at the travel level for the Niagara Selects and in Buffalo.

“It’s practices all week but it’s what I Iove to do,” she said.

Mia DiPasquale of Blessed Trinity scored 11 and was named the player of the game for the South.

“It was a little bit stressful at the end but it was fun. It is a fun game but we’re all a little competitive too,” said DiPasquale, a 16-year-old, Grade 11 student.

DiPasquale, who plays travel out of Grimsby, also enjoyed the game. 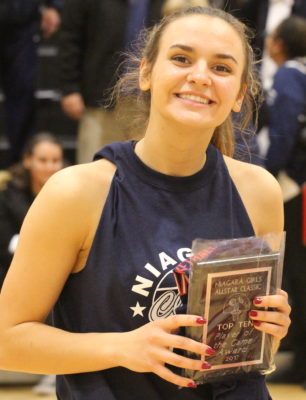 “It was a lot of high energy and good players. It was a good experience.”

“I usually I bring it (ball) up. I think you have to play in fives and share the ball and play as a team.”

The game game down to the final seconds as Jamira Rosseau of Notre Dame drove the net for the winning bucket but her layup rimmed out as time expired.

North coach Frank Keltos, who helped organize the games with Phil Mosley, Dante Pirillo and Gerry McIlhone, loved how the evening played out.

“That was a lot of really good talent,” he said. “There was a little bit of showmanship. There were a lot of dynamics out there. They are very competitive and it was fun to watch.”

BPSN Stars of the Game: Tori DiDomenico-Rigas of the South with 14 points and Mia DiPasquale of the North with 11 points.