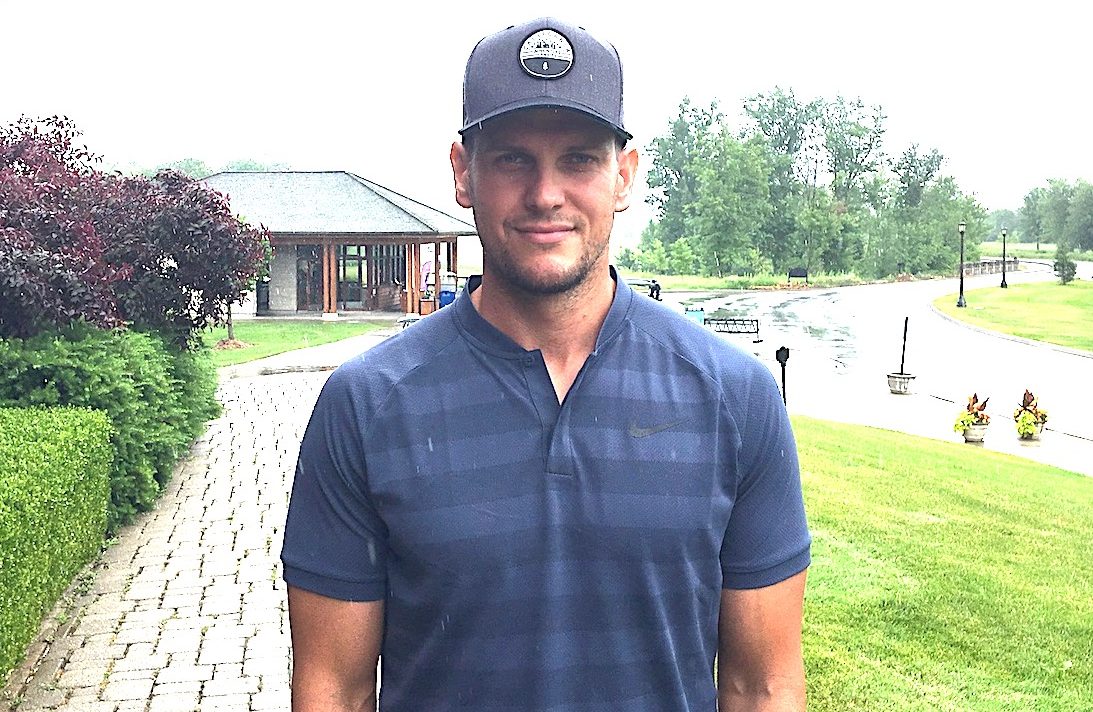 Bryan Bieksa is making a name for himself.

The younger brother of Anaheim Ducks defenceman and Grimsby native Kevin Bieksa didn’t choose the same athletic path as his famous sibling, but can more than hold own on a golf course.

“This is more my sport,” said Bryan, who golfs out of Sawmill Golf Club. “Everyone kept saying ‘Why don’t you follow in your brother’s footsteps?’

Bryan, a 33-year-old cement finisher who lives in Smithville, is so adept with the clubs he even considered taking a shot at the Great Lakes Pro Tour this summer.

“I looked at the schedule and I wouldn’t have had the time to take off work, so I was looking at other tours and I found this one which was suitable for me,” he said. “It was a last-minute decision.”

Bryan made his debut a winning one after not having a chance to participate in the opening stop on the tour a couple of weeks ago.

“The mindset is to just come out here and not look like a fool,” he said with a smile. “I’ve played here before and knew I could do OK. I knew if I could shoot two over or even par that would be a good score for me today, so that’s all I was aiming for.

“Everyone is a pretty good golfer here. I played with a couple of the guys in the past at Twenty Valley, so I’m familiar with all these people.”

Bryan said there was no grand strategy for playing in Sunday’s wet, rainy conditions.

“Just not get mad and hold on to your club when you’re swinging it. That was my biggest thing — holding onto the club. I sprayed a couple to the right because of the rain, so I just tried to stay focused and take it hole by hole.”

Bryan shot 36 on the front nine and bettered that by three strokes on the back nine.

He tried to keep his mind off the score and concentrate on other things.

“I was just thinking about other stuff I had to do when I got home. I was trying not to think about golf. That really helped and then it was one shot at a time and have good thoughts.”

He also discounted what was going on around him.

The next stop is July 15 at Ussher’s Creek.