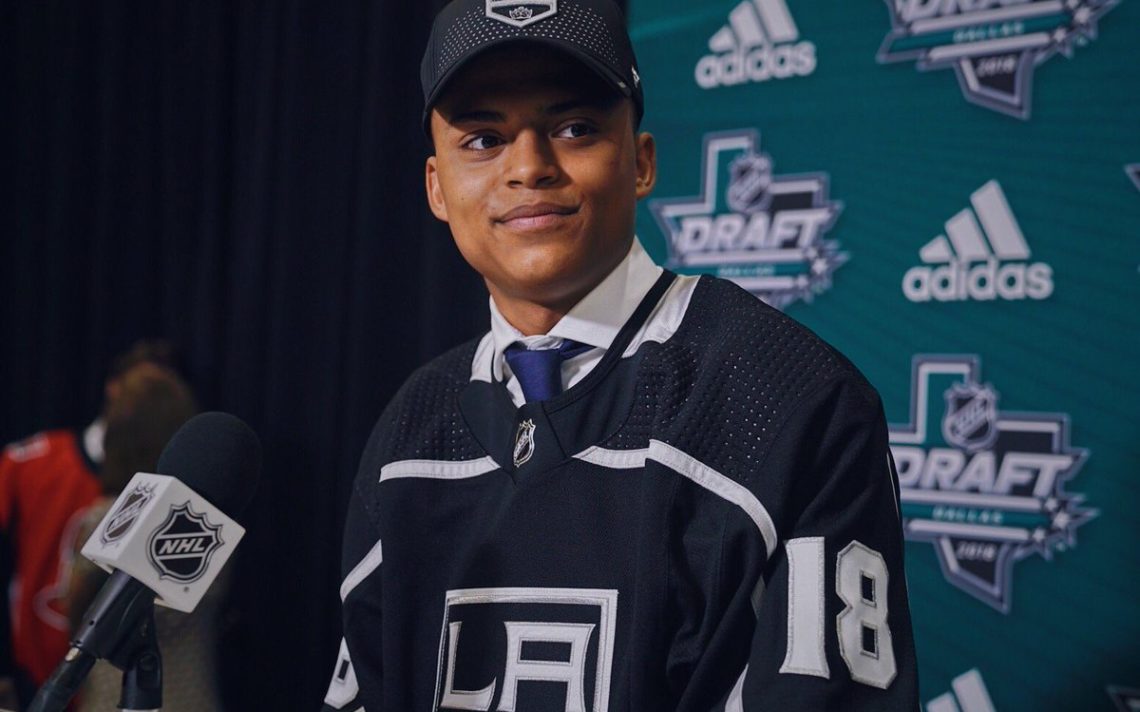 Akil Thomas had to wait longer than expected to hear his name called at the 2018 National Hockey League draft in Dallas.

The Niagara IceDogs’ centre was ranked 15th among North American skaters heading into the draft and most observers felt he would be selected in the first round Friday night.

Instead, Thomas had to wait until the second round Saturday when the Los Angeles Kings selected him with the 51st overall selection.

“We are extremely proud of Akil,” IceDogs coach Billy Burke said. “I know he waited a little longer then we all thought but he is so strong mentally that he will use this as big motivation. Drafts at any level are not an exact science.”

Burke feels Thomas was scrutinized by the scouts.

“I think Akil fell victim to being over scouted where scouts went out of their way to pick him apart,” Burke said. “He’s a great person and a great player and the LA Kings got the steal of the draft.”

Thomas had a tremendous sophomore season for the IceDogs collecting 22 goals and 81 points in 68 games while continuing to be one of the team’s most responsible forwards in his own end.

Niagara Falls native Mac Hollowell was selected in the fourth round (118th overall) by the Toronto Maple Leafs while Grimsby’s Brandon Saigeon was taken by the Colorado Avalanche in the fifth round (140th overall).

Check back for more updates on this story.