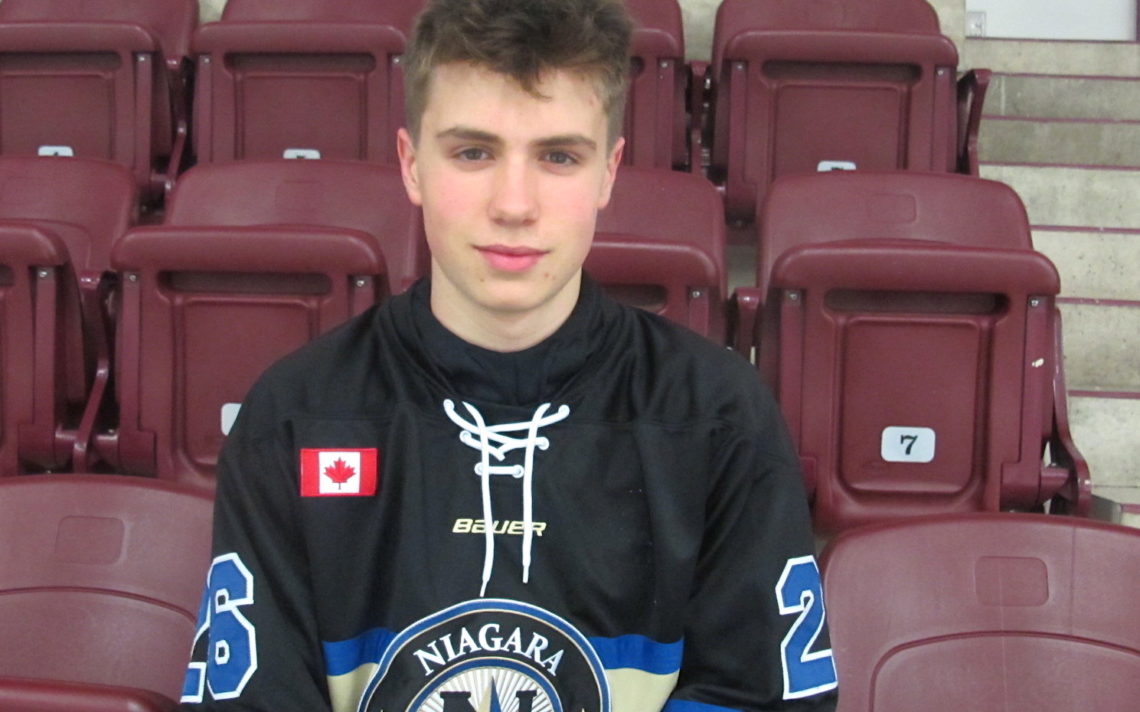 Ethan Sims of the Niagara North Stars is expected to be selected in the OHL draft Saturday. Photos by: BILL POTRECZ

Ethan Sims is experiencing more than his share of mixed emotions as he prepares for one of the biggest days of his life.

The 16-year-old Grimsby resident is expected to be selected in the Ontario Hockey League draft Saturday, a life changing moment to be sure.

“A little bit of both,” Sims said when asked if he is excited or nervous. “It’s a little overwhelming and stressful, but I’m excited.”

Sims played for the Niagara North Stars this season where he accumulated 20 goals and 44 points in 34 regular season games.

That scoring touch, coupled with a high skill level, make Sims a desirable commodity with predictions he could be selected as high as the second or third round.

“The top five rounds would be my goal,” Sims said. “I’ve talked to a bunch of OHL teams, but I’m not sure where I’ll be going.

“I’ve been told a number but I’m just looking forward to see where I go. It’s not really the round that is concerning me, it’s what team picks me.”

Sims has interviewed with a number of OHL clubs.

“The first few are kind of stressful, but then you get used to it because a lot of them are very similar,” he said. “It’s just getting to know you and seeing if you would come to the O if they would draft you.

“The O is for me. I’m keeping everything open right now, but if I could play in the O that would be ideal.”

Sims, who grew up in Hamilton and now attends Bishop Tonnes High School in Ancaster, hit his stride offensively in the last couple of seasons which opened his eyes to the possibility of playing in the OHL.

“Probably last year. I had my explosion, I guess,” he said when asked for a turning moment in his minor hockey career. “I started to score a lot. It was a really good year.

“I started (this) year really strong.  I think I had a really good year and I enjoyed my time in Niagara.” 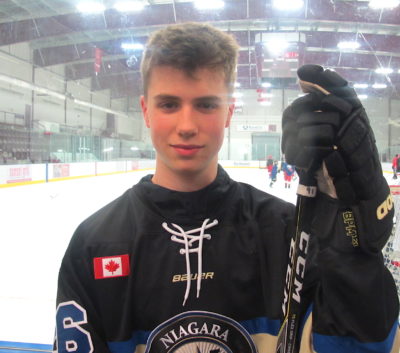 “He’s a little more of a speed guy, a little more on the perimeter, but he’s high end. He has a wonderful shot,” Williamson said. “He still needs to round out parts of his game, but he’s a great team player.

“He’s going to be (chosen) in the third or fourth round.”

Sims had been working out with the St. Catharines Falcons and even got into a playoff game.

It was an eye-opening experience.

“It’s fast. It’s a big step and I have to prepare myself for that,” he said. “It helped a lot knowing what I can expect at the next levels and what I need to do.”

“Obviously (I need to) train a lot in the summer to get bigger and stronger. The guys are bigger. I need to work on my strength and quickness.”

Sims still isn’t quite sure how he will spend his big day Saturday. Some players are glued to the computer hoping to see their name selected while others can’t stand the suspense and spend the time waiting doing something else.

“I don’t know yet (what I’m going to do). I’m not sure. That’s a good question. I guess I’ll cross that bridge when I get there,” he said.  “It will be exciting. It will either be disappointing or it will meet my expectations.”