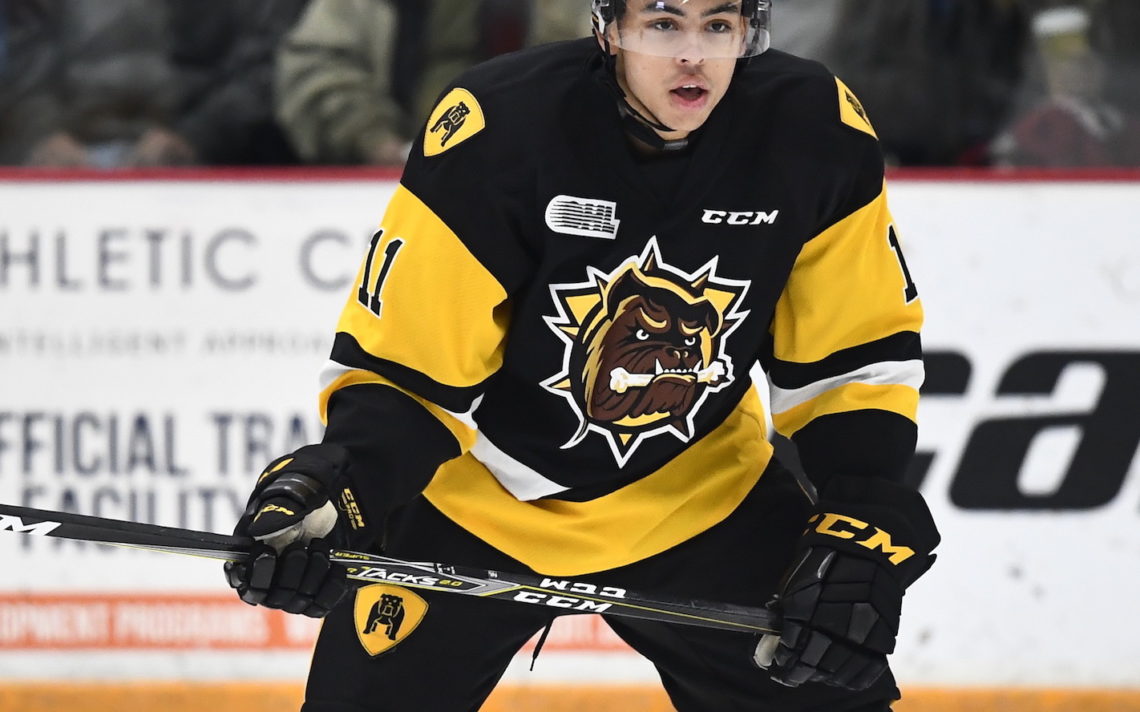 Isaac Nurse scored two goals, including one in overtime, as the Hamilton Bulldogs edged the Niagara IceDogs 5-4 Thursday. Photo by: OHL IMAGES

The Niagara IceDogs came back from a seemingly insurmountable deficit only to fall 5-4 in overtime to the Hamilton Bulldogs in the opener of their the best-of-seven Eastern Conference semifinal playoff series.

The IceDogs fell behind 4-0 just past the halfway point of the game before rallying with four straight goals to tie the game and send it into overtime.

Issac Nurse gave the Bulldogs the win when he split the defence and scored just over six minutes into the extra period.

Minutes earlier, the IceDogs came close when the puck slipped under Hamilton goaltender Kaden Fulcher and appeared to be in the net. The play was reviewed but ruled to be no goal.

Hamilton dominated the opening period outshooting the IceDogs 22-6 and scoring the lone goal when Nurse netted his third of the playoffs.

Hamilton continued to dominate in the second scoring three times within a seven-minute span to extend their lead to 4-0 on goals from Nicholas Caamano, Robert Thomas and Ryan Moore.

Ben Jones began Niagara’s comeback with his second of the post season with three minutes to play in the second.

The IceDogs took over in the third tying the game at 4-4 on goals from Daniel Singer, Andrew Bruder and Jones. Niagara held 15-9 edge in shots and had a late power play when Riley Stillman was called for closing his hand on the puck with 2:12 to play.

The IceDogs went 2-for-4 with the man advantage while the Bulldogs went 1-for-3 on the power play.

Game 2 goes Saturday at Hamilton. The series shifts to Niagara for Games 3 and 4 Monday and Wednesday, respectively.