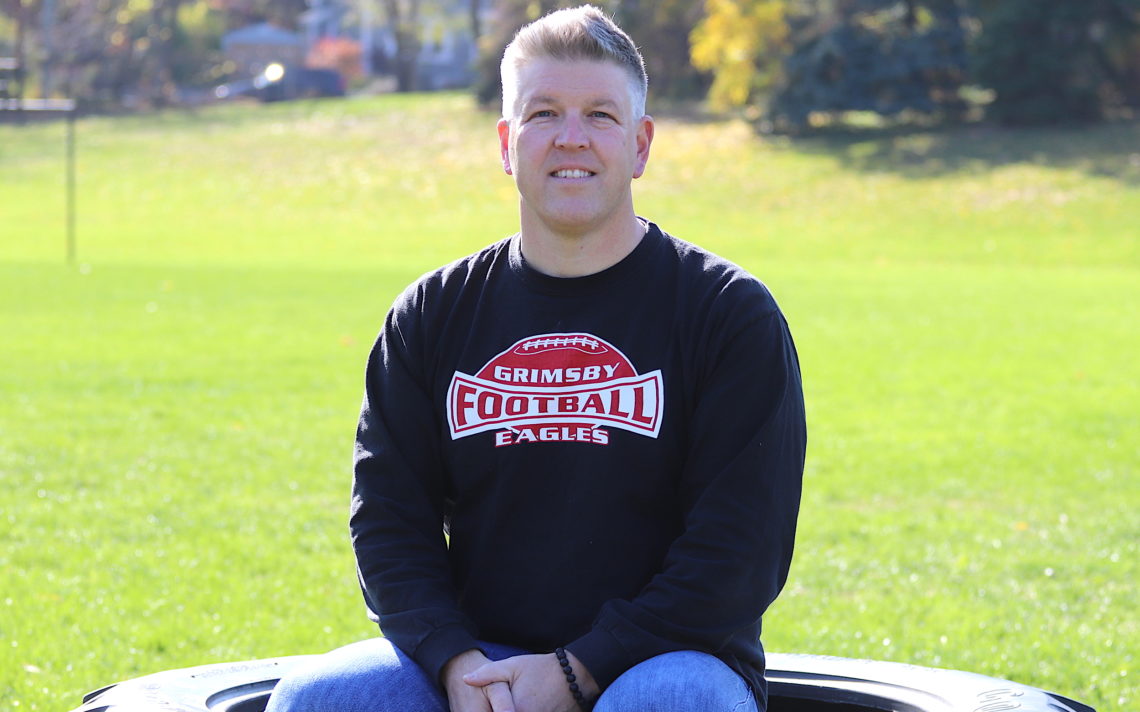 For Zack Silverthorne, his days at South Lincoln High School were amazing for himself and other athletic-minded students.

“I don’t know what happened, but in the early 1990s, a whole bunch of these young teachers got jobs out at South Lincoln,” the 46-year-old Smithville native said.

Joining long-time coach Willard Lane at the school were soon-to-be familiar names such as Brian Kilroy, Cindy Crosbie, Andrew Yap and Kevin Moore. All would go on to long and distinguished coaching and teaching careers in Niagara.

“We had all these amazing, young, athletic, energetic coaches and teachers who made high school awesome,” said Silverthorne, who is now the head coach of the Grimsby Secondary School Eagles varsity football team.

The example set by his teachers has inspired Silverthorne to coach and teach in Niagara for the past two decades.

“One hundred per cent,” he said. “We had these six to eight, crazy, wickedly invested coaches with a love for kids and the game. How could you not follow that style and philosophy of what you want to do with your life?

“And they were great 30 years in. When you talk to them now, they joke that they didn’t even know where Smithville was. They got plopped down into this little school of 400 kids.”

Silverthorne loves giving his students the same opportunities he was given by his former coaches.

“It’s about the ability to have stories. I always tell my players that when they are my age and sitting around with their buddies, they are going to talk about that game they won. You don’t talk about that novel you read or that paper you wrote, it is always about winning, almost winning, or whatever. 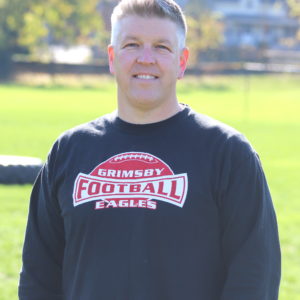 “If you give them a chance at something cool, I think that’s awesome. To them, it’s super important.”

Wherever Silverthorne has gone, his philosophy and that of the staff he has worked with has remained the same.

“The first thing is you have to be tough and that toughness is both mentally and physically. That’s why we push them at practice and we love kids who want to practise, not have to practise.”

The second part of that statement has evolved over time.

“We have had to adjust that a little bit because kids have to work and they are busy. It is not like it used to be where everybody came all the time.”

How Silverthorne’s teams practise has remained the same.

“We make practice harder than games because we really want to make games something special,” he said. “We want them to enjoy the games and they wear a shirt and tie on game day and you try and make it a big deal.”

Game day involves everyone on the roster.

“You may not be a starter and you may not get tons of minutes but everyone is going to play,” he said. “Everyone will get in and they are accountable to the other 35 guys.”

If not for the COVID-19 pandemic, Silverthorne would be hard at work on the sidelines with the help of fellow coaches Dave Thiessen, Greg Aloian and Chris Hvosda.

To say he misses football is an offensive tackle-sized understatement.

“If this was just the job, I wouldn’t want to do the job. I need to see the kids, do stuff and get them ready. I miss it huge.”

During the season, Silverthorne does everything in addition to coaching.

“You are filling out roster sheets and depth charts. I order all the jerseys, T-shirts and equipment. I arrange the busses, the guy to paint the field and I have to work with the secretaries to make sure they get someone to come and cut the grass. But now that we are done earlier, we are home earlier and it is not as bad as it used to be.”

He estimates that during football season his work day doubles. One fall when his kids were younger, he spent $600 on after school day care.

“You just assume it’s part of the gig and it’s money well spent.”

There are special times when all his hard work results in a memorable moment.

“When Cody Speller made the Winnipeg Blue Bombers, he called his parents and then he called me to tell me that he had made the team. That is pretty cool.”

Silverthorne, who was a centre and linebacker for the South Lincoln Bears, went on to play five seasons for the Guelph Gryphons. He won a Yates Cup in 1996.

Football played a big role in his life.

“It got me not slugging steel or working manual labour. I got educated.”

He graduated with a degree in fine arts and art history and then headed to teachers college at D’Youville College in Buffalo.

“They had two 12-hour days and it was expensive,” he said. “I was working Wednesday to Saturday driving a tow motor and doing what I had to do. I had the summer off and in the fall I had my in-school sessions.”

Silverthorne began his teaching career at Kernahan Park in 2002 and helped Mark Henderson with the junior girls and junior boys basketball teams.

He spend six years at Kernahan Park and left when a job opened up at South Lincoln.

“The art guy was retiring and I still lived up there so it was perfect.”

There, he coached the football team with Chris Freure and Sandy Wilkes.

‘We were crummy for a year and then we got pretty good.”

Silverthorne helped the team win one championship at South Lincoln and then added two more football crowns at Grimsby when South Lincoln closed in 2017.

He fondly recalls his days playing on the frozen tundra at the West Lincoln Leisureplex, South Niagara’s home field.

“You would play on a Thursday afternoon at one o’clock and there’s 400 people who just decided to come watch the game,” he said, with a laugh. “Then you would go to the Legion and people would buy you a beer because you are coaching the kids.

“It was a little, small-town U.S.A, type of thing but it’s awesome and it’s providing an opportunity before you have to go to work (for a living).”

He has taught arts and foods throughout his career except for this year when he took over the co-op program at Grimsby.

“I am a talker, a small-town guy and a people guy so it is the absolute perfect position for me and it makes coaching a little easier when you are in one area,” he said. “It is a little easier to juggle things around.”