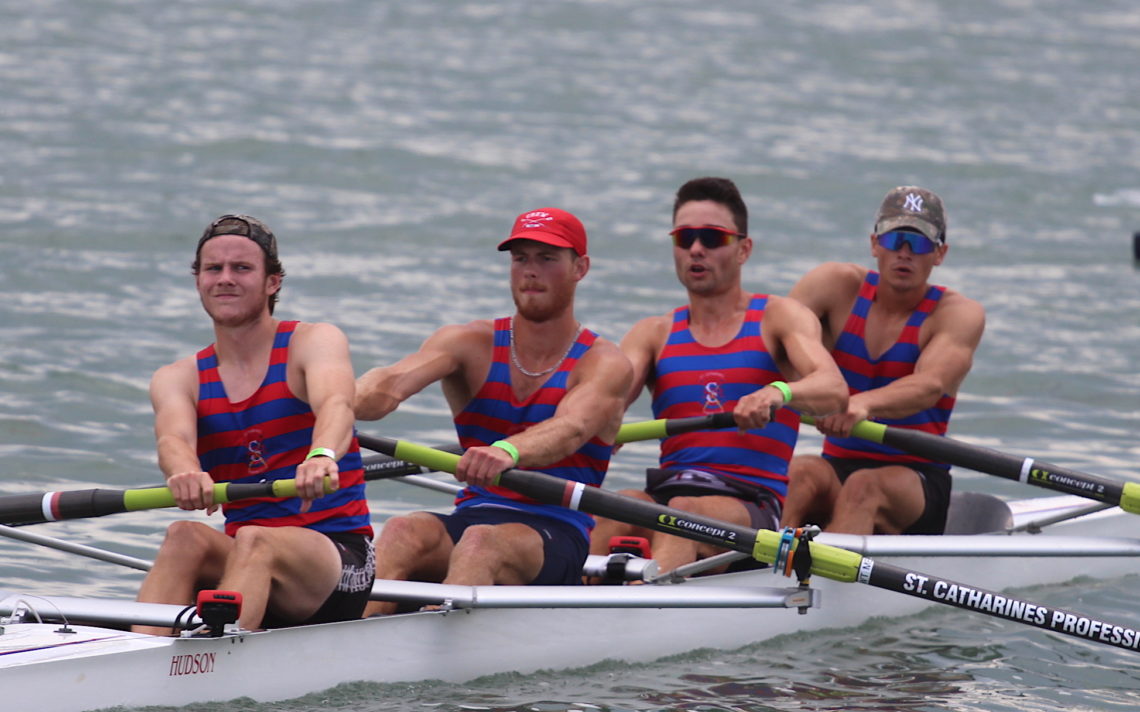 The St. Catharines Rowing Club’s lightweight men’s four heads back to shore Wednesday after winning their heat at the Royal Canadian Henley Regatta.

“I definitely didn’t perform as well as I wanted to,” the 21-year-old St. Catharines resident said. “I struggled in the single and I finished in the D final which is pretty disappointing for me.”

It was the Sir Winston Churchill graduate’s second appearance at the national team trials.

“I went when I was 19 and I actually did better then than this past year,” he said. “I don’t know if I didn’t prepare properly with my weight management or my boat rigging.”

His disappointment was heightened by the fact that he felt he had prepared diligently for the event.

“I was training 10 or 15 hours a week like crazy, two sessions a day usually, and I definitely thought I was in the best shape of my life,” he said. “I guess the competition is just so strong that it didn’t work out for me.

“I have to approach my training a little bit smarter, try to hit the target zones for my different workouts, keep hammering and hopefully next summer goes a little bit better.”

But in life and in rowing there’s always a silver lining to go with any cloud. In Voelkner’s case, it was chance to come back and row with his Brock University teammates in the St. Catharines Rowing Club’s lightweight men’s program.

“I was really excited to come back to St. Catharines and be with all the guys and get out of the single for a bit,” said Voelkner Wednesday, after winning an under-23 men’s lightweight four heat at the Royal Canadian Henley Regatta with teammates Cameron Walsh, Zach Whiteley and Jacob Martens.

“I’m racing in five events which is pretty crazy,” he said, with a laugh. “I think I am the only athlete in the club who has five events.”

His busy schedule is by choice.

“I would rather do a lot and I performed well in all the selections.”

It has been a successful season for the SCRC’s lightweight men’s program. A highlight of the summer was the lightweight eight’s victory at the U.S. club nationals in New Jersey.

“It was awesome beating all the Americans, especially (doing it) with all Brock guys I trained together with throughout the winter,” Voelkner said.

Voelkner is already looking ahead to 2019.

“After this fall, it is going to be my last season as a lightweight,” he said. “I am going to evolve into being a heavyweight and hopefully make the under-23 (national) team next summer.”

His exploits in 2018 will push him next year.

“This past summer I didn’t perform as well as I could have and I want to try out as a heavyweight and see how it goes.”